Fort Supply was originally established as Camp Supply an U.S. Army Post in Indian Territory in 1868. This was during the winter campaign against the Southern Plains Indians being conducted by General Philip Sheridan. The Seventh U.S Cavalry, and George Armstrong Custer left Camp Supply, traveling south to fight the Cheyenne at their winter camp on the Washita River. After the Indian Wars the Fort became involved in protecting westward bound wagon trains. Members of the 9th and 10th U.S. Cavalry "Buffalo Soldiers" passed through here performing various duties. The Oklahoma Historical Society has restored five of the original building from the fort to look as they did 100 years ago. A cemetery is also on the grounds where member of the military stationed at the fort and patients from the state hospital that was established at a later date are buried. 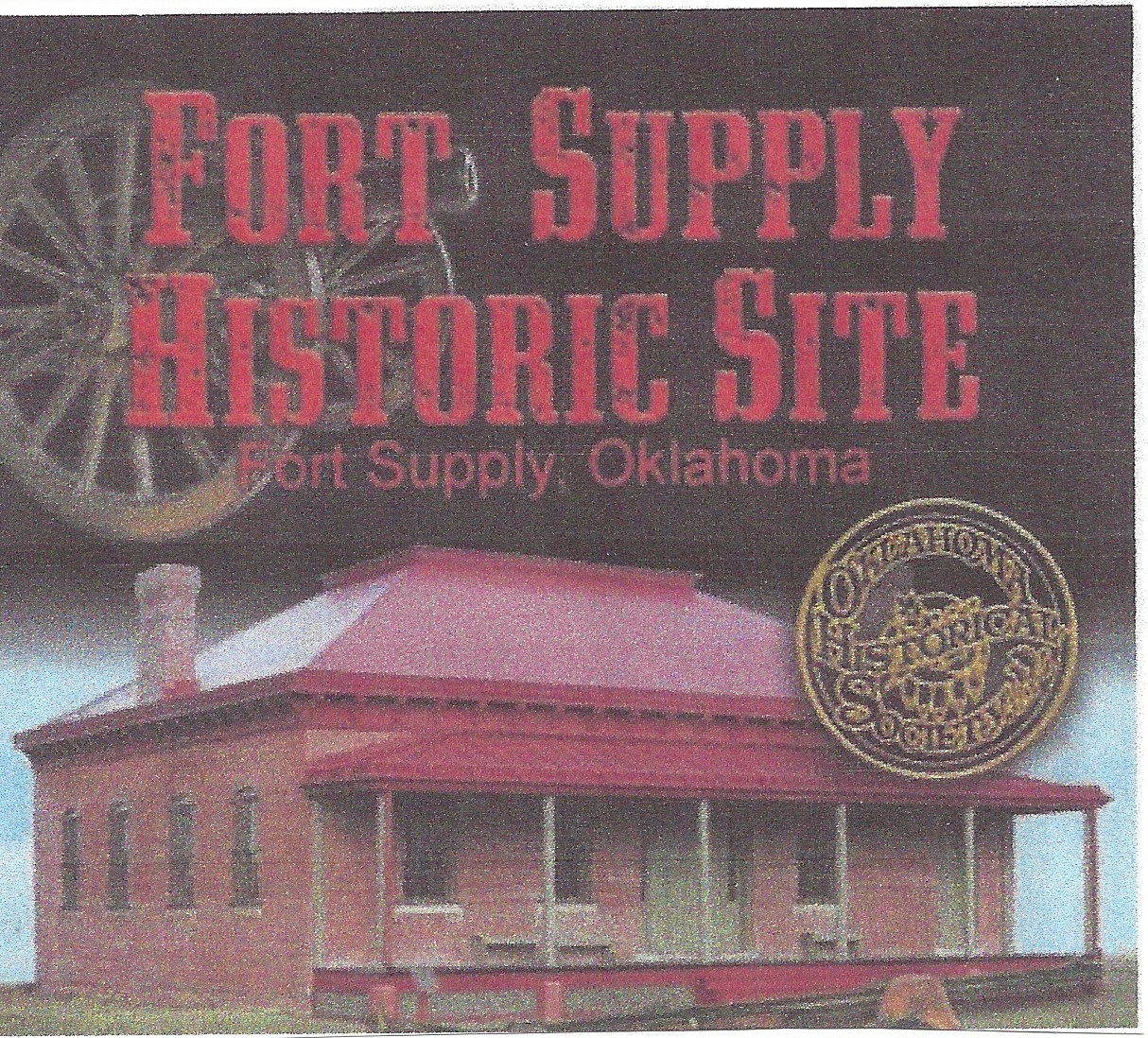 Camp Supply was established in the Cherokee Outlet of Northwest Oklahoma to quell the fighting and bring peace among the indians in the Southern Plains. The westward movement of settlers after the close of the Civil War created a lot of conflict with the whites moving into and through the Indian Territories during this westward expansion.  It was also a period of time when the U. S. Government attempted to develop and place the Indians on reservations through treaties and at times military actions.

The camp was built on the banks of the North Canadian River and Wolf Creek in the winter of 1868. Most of the materials and supplies for building the camp were transported by wagon train from Kansas and protected by the U. S. Cavalry while enroute.

A winter campaign would have the indians at a disadvantage in their winter camp. There would not be growing pastures for their horses to graze and food would not be readily available.

It was from Camp Supply that George Armstrong Custer and the Seventh Cavalry left an traveled south to attack and destroy the Cheyenne winter village of Peace Chief Black Kettle at the Battle of Washita River.

As the Southern Plains Tribes became more peaceful in  1878, Camp Supply became  Fort Supply. Their new mission was providing protection for the wagon trains from hostile indians farther west, work with the Indian Agencies, and also to help in the resolution of the 1884, Enid-Pond Creek Railroad Wars in which trestles and railroad tracks had been destroyed.

In 1904 the state of Oklahoma opened an Insane Asylum at Fort Supply, the first in the state.
A state correction unit is housed in some of the current buildings.

Tue-Sat 9am to 4pm Sun-Mon Closed Call before planning a visit as staffing is not always available. The property is managed by the Plain's, Indian's and Pioneer Museum, Woodward, Oklahoma