"It's like no place else on Earth!" The Air Zoo's tagline fits for a museum whose focus is far above Earth. Exhibiting both the history of and current practices in aviation, the Air Zoo's exhibits are both interactive and exhilarating. Visitors can take a ride in a real, historic bi-plane, participate in a flight simulation, watch a 4D movie, or explore historic aircraft. History and adventure collide at Portage's Air Zoo.

Exhibits and rides at the Air Zoo 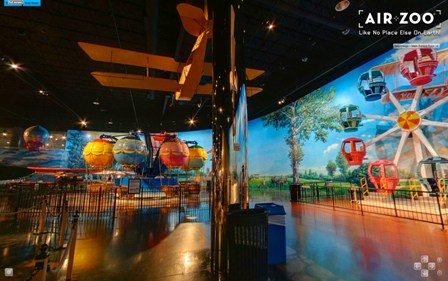 Real bi-planes, which visitors are welcomed to ride 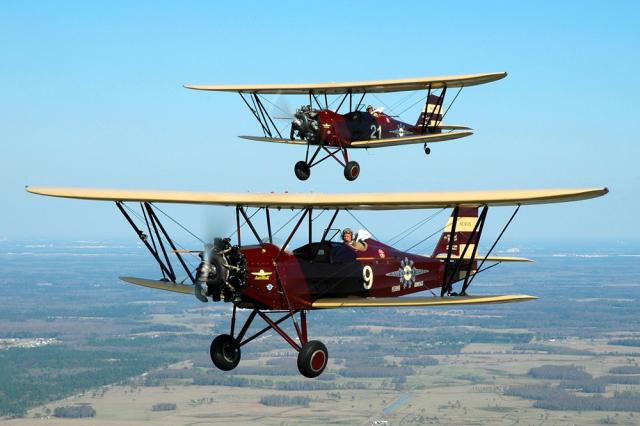 The Air Zoo's story begins before the idea of such a museum had ever been conceived. Pilots Suzanne Upjohn Delano (from the WASP-Women Airforce Service Pilots) and Pete Parish (from the Marine Air Corps) both returned from service in World War II. Upon meeting each other, their relationship developed, and they were married, beginning at first a non-aviation centered life.

However, their lives changed when in 1959 Pete purchased half an interest in a single-engine 35C Bonanza. Next came a Stearman. Then they bought an AT-6, the same as the airplane Sue had flown during WWII. Then a Gumman Wildcat. Next a P-40.

As their airplane collection grew, a friend made an interesting offer: He would give them his Grumman Bearcat, if they would open a museum to display their airplanes. They did, opening the museum in 1979. The initial museum's airplanes included a Wildcat, Hellcat, Bearcat and Flying Tiger. These animal names earned the museum the title of "Air Zoo," which has stuck until today, even has the museum has grown and expanded.