Over the course of its 178-year history, Beltane Ranch has been a ranch, a vineyard, and bed and breakfast. By far the most noteworthy resident was entrepreneur, activist, underground railroad conductor, and John Brown supporter Mary Ellen Pleasant, the “Mother of Civil Rights in California.” Beltane Ranch is a significant heritage site in California's African American history. 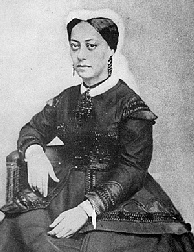 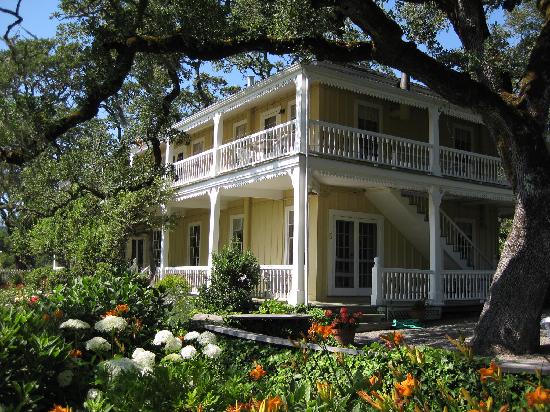 The popular and beautiful Beltane Ranch vineyard has a fascinating and storied history. First purchased as a ranch in 1837 by John Wilson and Ramona Carillo, the property passed to William Hood in the 1850s, and was sold to Captain John Drummond in the 1870s. Drummond, one of the founders of California's wine industry, was the first to realize the vineyard's potential by grafting English and French varietals onto the old mission vineyard stock. After Drummond's death, the vineyard was purchased by Mary Ellen Pleasant, “The Mother of Civil Rights in California,” who chose the vineyard as her vacation home.

Pleasant was born a slave in Augusta, Georgia, in 1814. At the age of 10, she was forced to watch her mother be tortured and murdered, an experience that left her indelibly imprinted with a determination to end slavery. Within the year, Pleasant was sold to Americus Price, a New Orleans businessman. Price placed her as a domestic worker in the Ursaline convent with the intention that Pleasant be educated there, but upon later recognizing that Pleasant's fierce intelligence would betray her in the South, Price sent her to work as a servant with family friends in Cincinnati. The family friend fell into debt and indentured Pleasant as a general store clerk to a Quaker family in Nantucket. While she lived with them, Pleasant became acquainted with abolitionist ideals and the running of a business.

At the end of her indenture, Pleasant met and married James W. Smith, a Virginia plantation owner and abolitionist. From the 1830s to Smith's death in 1844, the couple conducted hundreds of slaves to Canada along the Underground Railroad. When the situation became too dangerous, Pleasant returned to New Orleans. There, she became acquainted with the famous Marie Laveau, whose social skills, political power, and tireless service to the city's creole and African American community impressed Pleasant as deeply as did about her wealth and skill as a Vodou priestess. Laveau initiated Pleasant into both Vodou and the delicate art of clandestine and cunning power-brokerage among white elites. Throughout her time in Louisiana, Pleasant continued to conduct slaves to freedom in Canada. Eventually she trained as a cook, and walked into a "job" on a local plantation. Having caught wind of the overseers' speculation about her origins, Pleasant bolted, taking a 4-month sea voyage around Cape Horn to San Francisco. During the passage, she met Scottish entrepreneur and financial expert Thomas Bell who would later play a key role in her life. Bearing plenty of money but no official documentation or proof of her free status, Pleasant secured her liberty and privilege by passing for white after arriving in San Francisco.

Her reputation as a cook preceded her arrival in the city, and upon declining the myriad offers from businessmen who wished to engage her services, Pleasant decided to open a restaurant for San Francisco's elite. Pleasant employed attractive escaped slaves as waitstaff, and instructed the women to report back on all of the financial gossip they overheard during meals. These tips lead Pleasant to make wildly successful investments in gold-to-silver exchange, banking, and mining ventures. She soon invested in dairies, laundries, boarding houses, and exclusive restaurants as well, eventually amassing a $30 million fortune. Though San Francisco was Pleasant's home base, she traveled frequently to continue conducting the Underground Railroad. Her wealth allowed her to aid abolitionist John Brown's work, including his doomed raid on Harper's Ferry. A note from Pleasant was found in his pocket on the day Brown was hanged, but as they could never decipher the initials in the signature line, Pleasant was never found out.

In the space of a few years, Pleasant's shrewd advice and collaborative investment had helped Bell rise to the position of director in the powerful Bank of California. During this time, Pleasant forged her own version of Laveau's city-wide clandestine power brokerage. The escaped slaves she sponsored were soon placed as domestic workers in the homes of city elites. Pleasant cultivated a number of attractive, young, and loyal proteges, who she married off to the nouveau riche miners residing in her boarding houses. She worked tirelessly on behalf of the San Francisco's African American community and committed tremendous amounts of aid to the destitute, which brought tremendous goodwill and loyalty from that quarter. Pleasant's social influence was due in no small part to the network of loyal former slaves and proteges who constantly fed her information about the city's upper classes. After the Emancipation Proclamation was issued, Pleasant had her racial designation changed at City Hall to reflect her status as a black woman. Pleasant's relationship with the Bell family reached a breaking point in after Thomas Bell's death. A series of costly and ill-favored court battles eventually left Pleasant penniless, with her resources drained and her reputation in tatters. She died in 1904 and is buried in Napa, in the family plot of a close friend.

Today, Beltane Ranch is owned by the Wood family, whose ancestors have worked the ranch since 1936. In the last 70 years, the ranch has served as a vineyard, orchard, and farm as well as an unofficial hub for arts and culture in Sonoma County. Beltane Ranch is a major grape supplier to Duckhorn Wine Company, but keeps a small reserve of grapes for its line of excellent Estate Wines. The Bed and Breakfast is open year round and hosts a variety of cultural and wine industry events.