This state park is host to a large stone carved with a date of 1652, the name John Eldecott, and the initials of several Massachusetts Bay Colony surveyors. This rock serves as one of the most historically significant documentations of European advancement into the region. 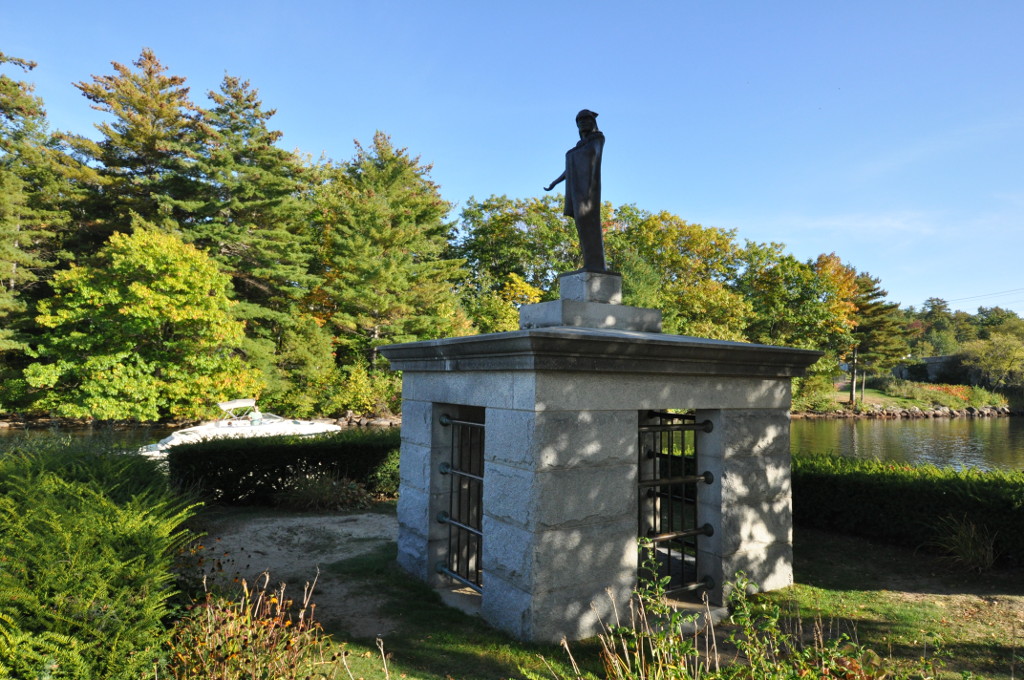 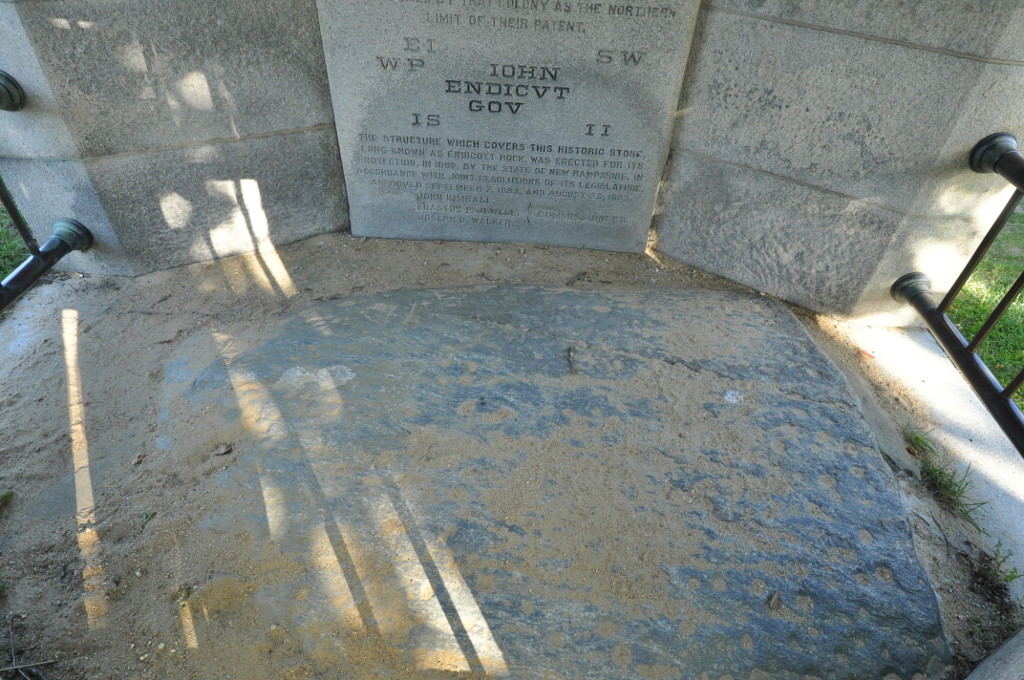 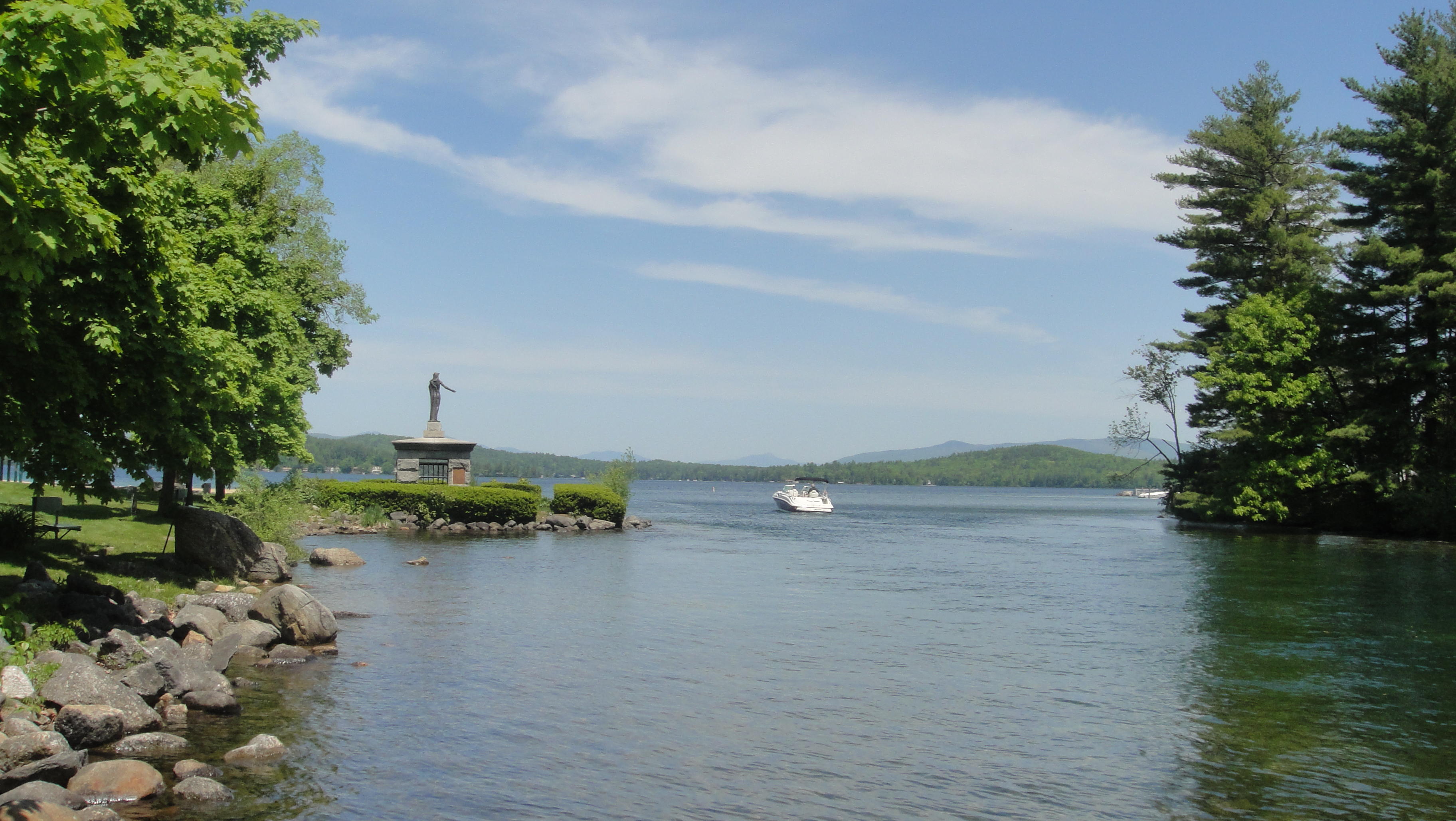 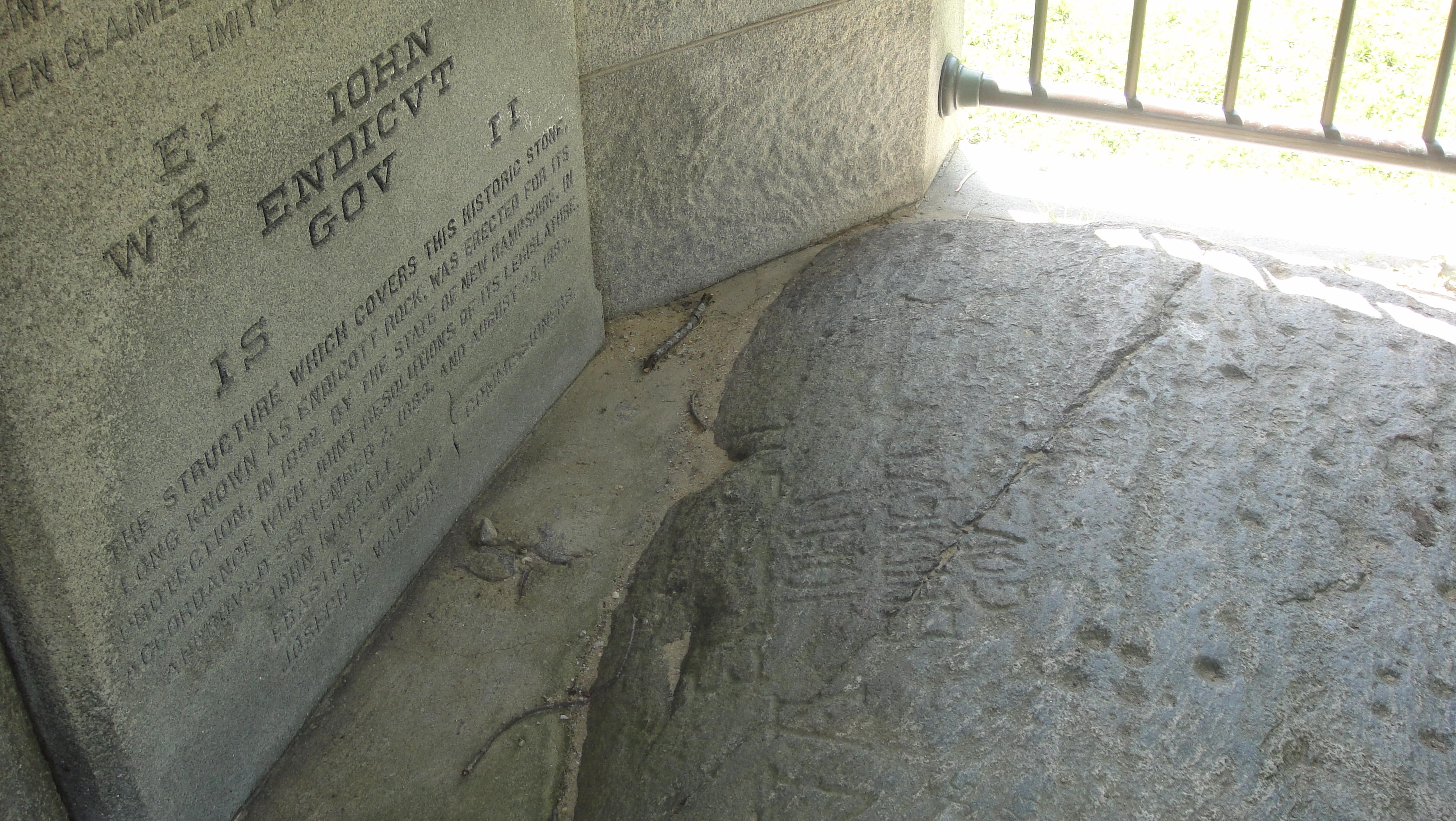 Located in Weirs Beach, Endicott Park sits on the banks of Merrimack River. Undiscovered for years, the rock was found submerged in the lake in the 1900s. It was raised, and enclosed by a small stone building and subsequent statue. The stone bares the date August August 1, 1652, and the name John Endicott, who at the time was the Governor of Massachusetts Bay. The initials inscribed belonged to two surveyors, John Sherman and Jonathan Ince, as well as two commissioners of the Massachusetts Bay, Edward Johnson and Simon Willard.

The surveyors were allegedly on a mission to chart the boundary line of the colony's boundaries. However, it is presumed that they incorrectly marked the locations, as they were approximately three miles south of their intended destination. It is said this is potentially due to incorrect information delivered by their Native American guides.

The park is open to the public year round, with no entrance fees or schedule. During the off season, however, there may not be access to restroom facilities and park staff may not be present

The park is open 24 hours a day, 7 days a week, but may not be staffed during off-seasons.