Located in Iowa City, Plum Grove was the home of the first territorial governor of Iowa, Robert Lucas. “The Greek Revival style home contains seven rooms and was constructed using local bricks.” The home is currently furnished with pieces reflecting the period it was built and was added to the list of National Historic Places in 1973. Tourists can take a free guided tour of the house and gardens. Archaeological excavations are conducted by the University of Iowa Archaeological Department “…to improve our understanding of Iowa frontier history and changes in farming from 1844-1943.”

Plum Grove in the 1930s ~ Courtesy of University of Iowa 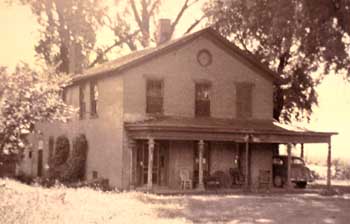 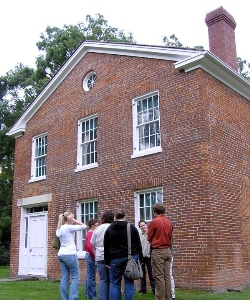 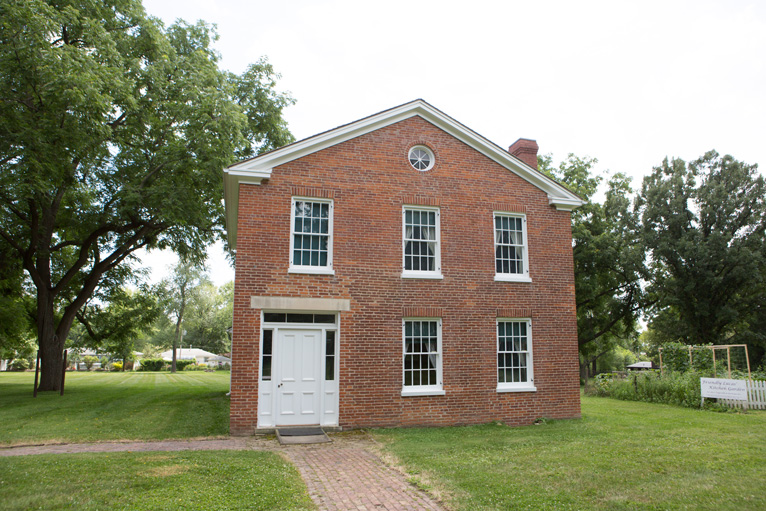 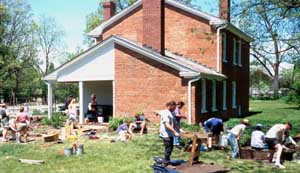 The Plum Grove house was built in 1844 for Robert Lucas and his family. Lucas was a politician originally from Ohio where he served as Governor from 1832-1836. Then he was appointed by President Van Buren as the first governor of the Territory of Iowa from 1838-1841. Robert Lucas ran for congress in 1844 but was defeated. He and his wife Friendly built Plum Grove on 366 acres of land in Iowa City. Robert Lucas remained on the property until his death in 1853. Friendly Lucas sold the house and surrounding area in 1866. [1]

The home was named Plum Grove by the Lucas family possibly for the several acres of plum trees in the orchard on the property. After the family sold the property, it changed hands several times until it was purchased by the State of Iowa in the 1940’s and “remodeled as a memorial to Gov. Lucas.” [2] Archaeological excavations have been conducted at Plum Grove since 1974 by several archaeologists. Tours of the home and grounds are available during the summer months courtesy of the Johnson County Historical Society. [3]