The United Church of Christ, First Congregational Church was established in Binghamton, New York on September 25,1836. After almost 10 years of meeting at various sites, the present sanctuary was erected in 1869 (The Church Building was dedicated on August 17,1869 ) on the corner of Main and Front Streets, in the heart of Binghamton. On most maps, Google and GPS, entering "Binghamton" will bring you to the corner of Front St. and Main St. On paper maps the word Binghamton is frequently centered on this location. 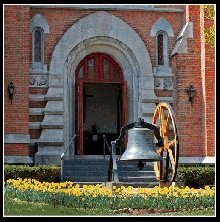 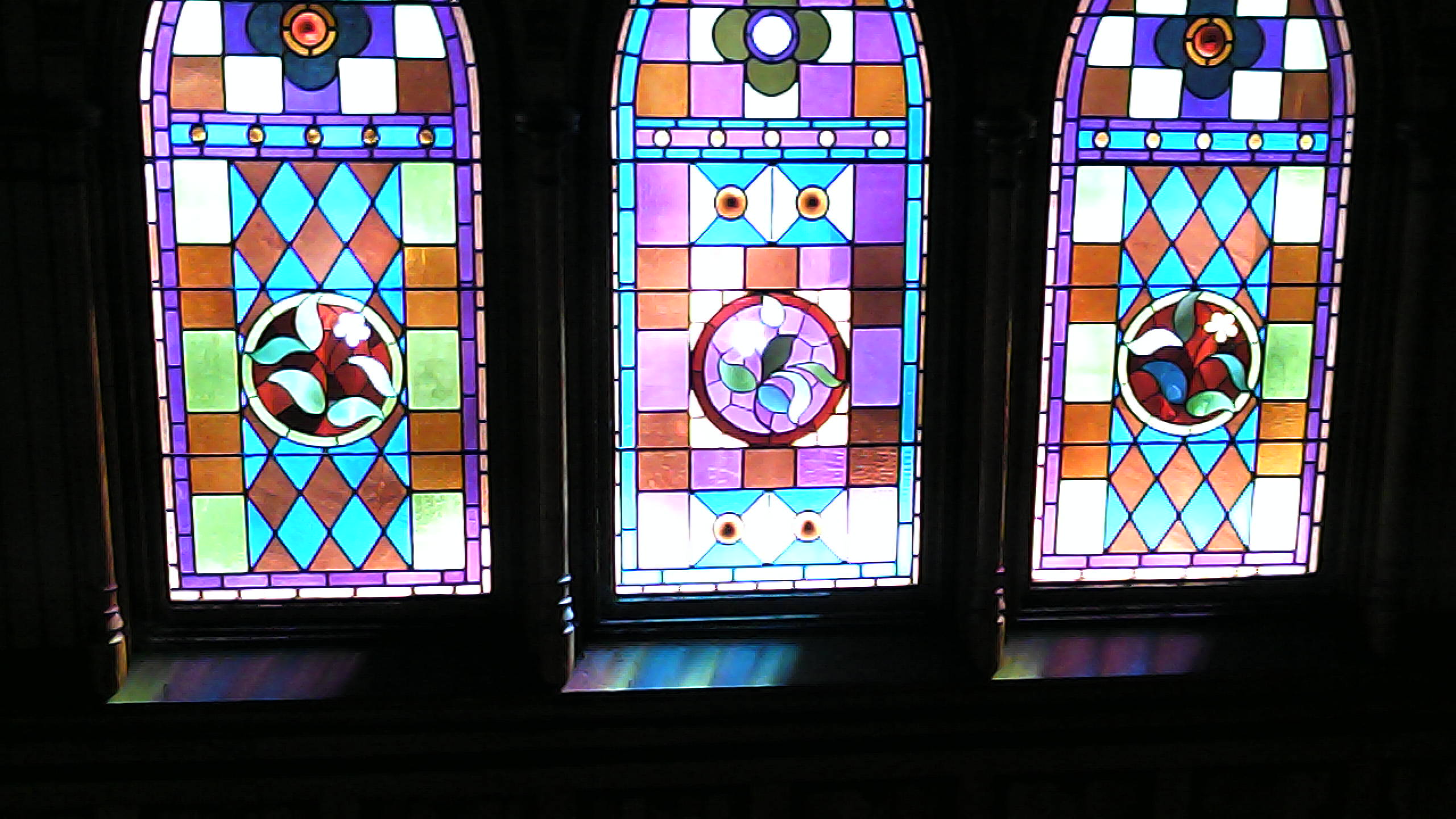 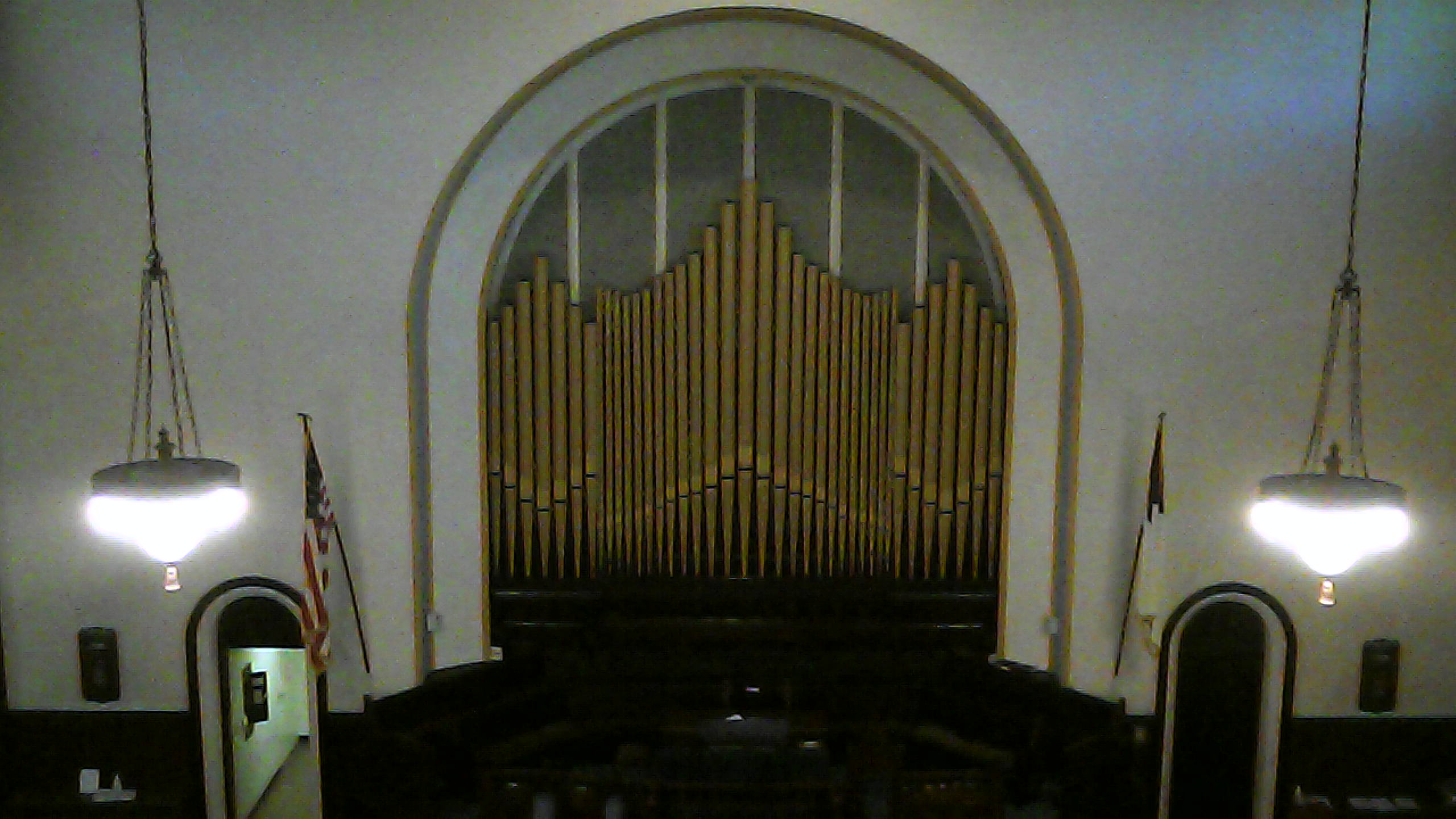 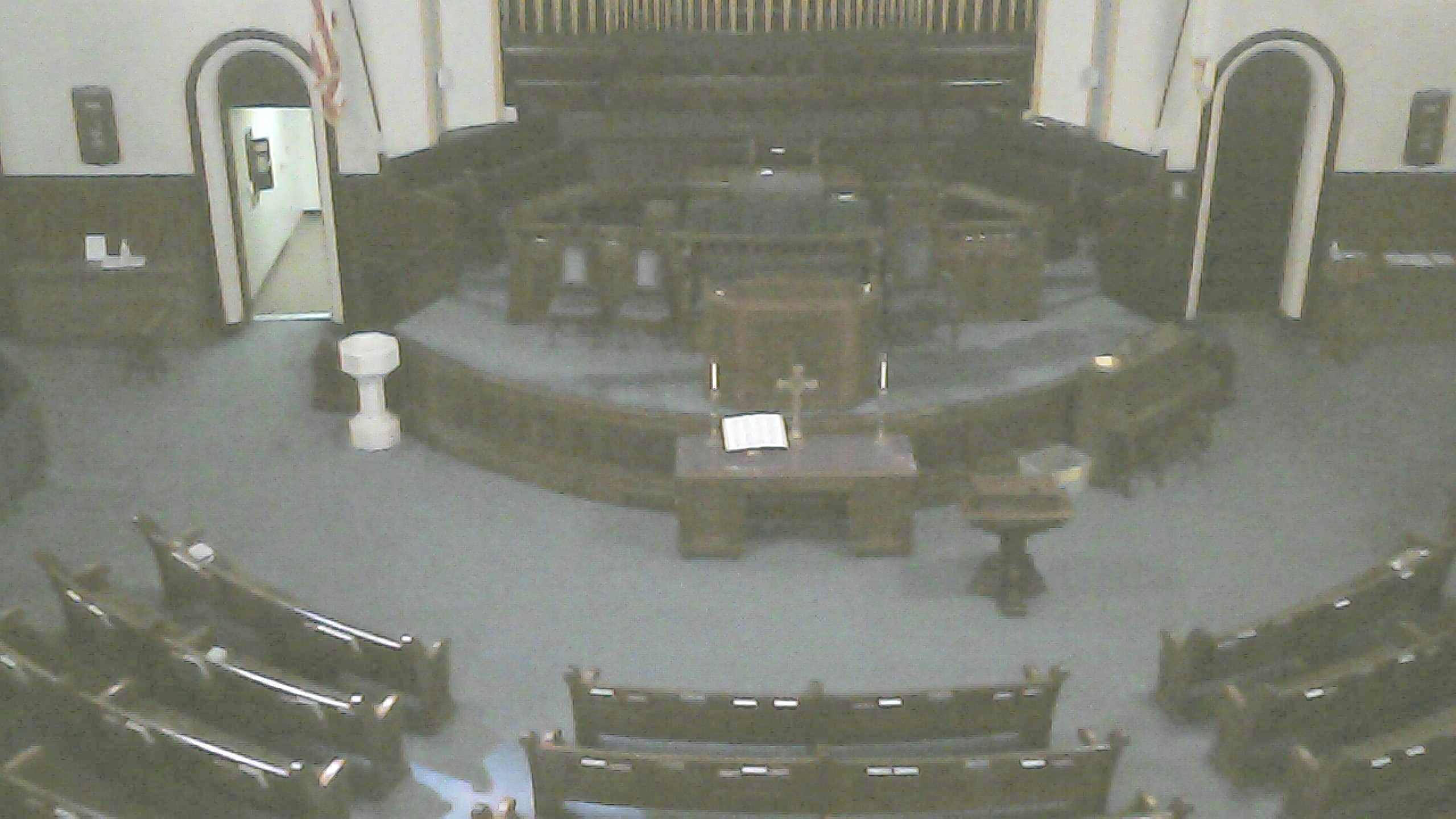 The church prospered in its new location and by 1885 it had to be enlarged.  The columnns on either side of our sanctuary (the original location of the side walls) were installed and the walls on either side moved out for more seating. Currently it has 500 seats.1

By the end of World War II membership was around 1200 people. In the late 1950s after a lot of debate on whether to sell the property and move to the suburbs or remodel, a decision was made to stay at the present site.  The old church house structure was taken down and the present building was built onto the sanctuary.

The steeple was damaged by lighting and had to be removed.2 During the national bicentennial celebration, the church bell was removed from the steeple and installed on the front lawn.  The bell cast in 1836 is 50% larger than the Liberty Bell in Philadelphia, Pennsylvania.3

Office Hours are Monday to Thursday 9AM-3PM and visitors are welcome to see the inside of the building. Open Sunday 10AM to 12PM