The International Spy Museum offers exhibits that preserve and share the history of espionage while also presenting the role of spies in the modern world. The museum, which opened on July 19, 2002, is the only museum in the world that focuses on presenting the story of historical and contemporary intelligence from a global perspective. It is home to the largest collection of spy artifacts the public has ever been allowed to see, many of which were seen by the public for the first time upon the museum’s opening.

Photo of the museum. Exhibits offer both a serious history of espionage as well as a fun look at the role of spies in popular culture. For example a current exhibition is titled “Exquisitely Evil: 50 Years of Bond Villains” 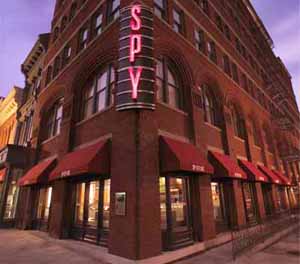 A photo of Tony Mendez, the man behind the true story of Argo. One of the online exhibits is titled "Argo Exposed." 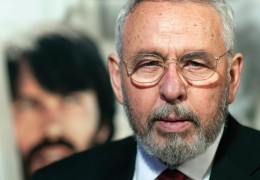 A photo of the museum's current exhbit "Exquisitely Evil: 50 Years of Bond Villains."

Through visiting this museum, one gains an understanding of how the intelligence community has shaped our past and continues to shape our present. The museum’s consults former members of the espionage community to ensure accuracy and relevance. The International Spy Museum’s Advisory Board includes Judge William Webster, Former Director of the FBI and of Central Intelligence, Major General Oleg Kalugir, Former Chief, KGB Foreign Counterintelligence, and Peter Earnest, former Covert Operations Officer, CIA, among others.

The museum’s website includes a blog that publishes articles on a wide variety of topics relating to espionage. One of their most recent articles titled “Do Former Intelligence Professionals Make Good Professional Leaders?” analyzes several world leaders who were first members of the intelligence community. This blog and the museum itself maintain a commitment to apolitical, fair, and holistic representation of the espionage world.

The museum’s website also has an “online exhibit” feature, which allows those not in DC to experience some of the educational benefits of the museum. Currently these exhibits include the story of Morten Storm, a Danish double agent who infiltrated Al Qaeda, The Wireless Aerial Surveillance Platform, which explains how two security experts built a UAV (unmanned aerial vehicle) to prove that a drone could launch a cyber attack. Also included in the online exhibits are the fact and fiction of the FX series The Americans and the true story behind Argo.