Constructed in 1907, the Bishop House is a historic home in Casper, Wyoming. It was built Marvin Bishop, who was an important figure in the city's early development, and designed by Elias N. Miller in the Colonial Revival style. The house is now owned and operated by the Cadoma Foundation, which is dedicated to preserving historic places in Wyoming. The house was placed on the National Register of Historic Places in 2001. Today, the foundation hosts several events at the house including tea gatherings. 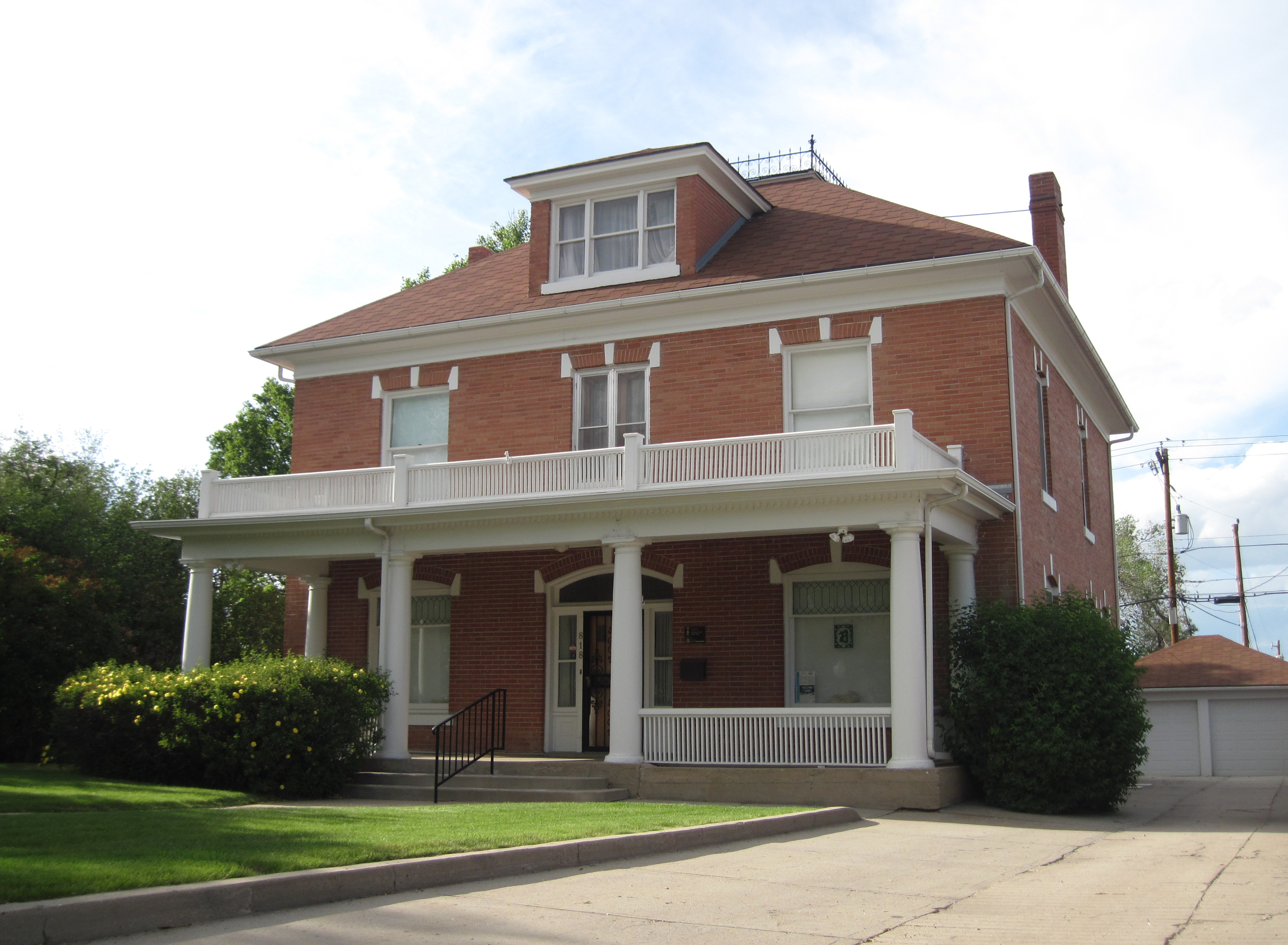 Casper's early beginnings started with the Oregon-California Trail. It is located along the North Platte River and the surrounding area was flat and therefore good riding terrain for wagons. Travelers on the trail first crossed the river on a ferry and eventually then bridges were built. The railroad followed later as well as Fort Casper. All of these factors laid the groundwork for Casper's development.

Marvin Bishop and his family moved to Casper in 1892. He was appointed postmaster by President Grover Cleveland and helped stabilize the post office there which, in turn, helped the city. When his term ended got into the sheep ranching and then woolgrowing business. He was very successful and his earnings allowed him to build the house. Bishop died in 1939 and his wife in 1948. Their youngest daughter lived there from her birth in 1908 to 1997 when she passed away. It is not clear when the Cadoma Foundation acquired the property.

"History of the Bishop House." Cadoma Foundation. Accessed May 13, 2015.  http://www.cadomafoundation.org/bishop-house.html

It is not clear if the house is open for tours, but several events are held there each year. Call the foundation or look at the website for more information.