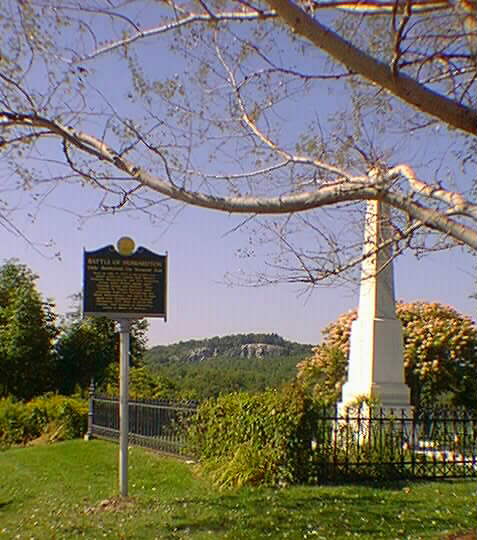 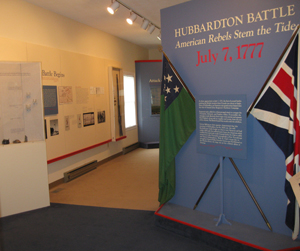 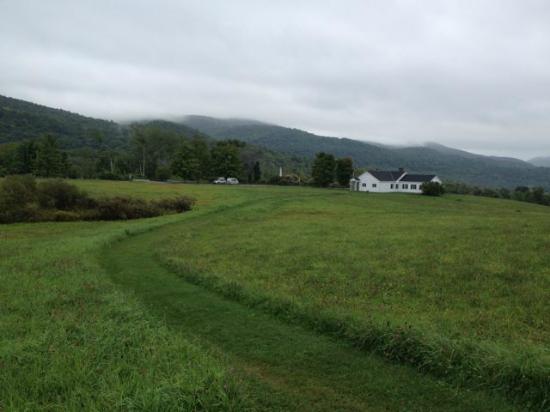 Early morning of July 7, 1777 the Battle of Hubbardton would be fought as the only battle on Vermont soil.  The battle was lost but was successful in keeping the British forces from moving forward.  During the battle American General Arthur St. Clair formed  a rear guard with approximately 1000 guards.  These guards were able to reach their destination to Castleton, Vermont with the help of the Green Mountain Boys under Colonel Ebenezer Francis and Colonel Nathan Hale by holding off the British troops. The battle lasted about an hour resulting in each troop losing about half of their troops during this battle.

The road that the battle was fought on can still clearly be seen on the hillside across the valley form Monument Hill.  The monument was erected in 1859.  The monument marks the believed burial sight of Colonel Ebenezer Francis.

Stages of the Battle of Hubbardton are displayed throughout the museum.  A three-dimensional fiber-optic map displays phases of the battle. Guided Military car tours starting at the Hubbardton Battlefied site are given during the summer.