The New Jersey Naval Museum is home to the USS Ling, a World War II era submarine. The museum also once included a Vietnam-era patrol boat, a Japanese suicide torpedo, and a German Seahund. In 2007, however, when the property owner announced the land on which the submarine had been allowed to charitably reside would be redeveloped, the museum was told it had to move elsewhere. Most monuments and artifacts were sold or removed, but USS Ling herself was caught in Hurricane Sandy and has been stuck since, awaiting dismantling or move. Despite attempts by New Jersey residents across the state, the venerable museum ship's fate still hangs in the balance.

Guests to the museum were once able to tour the USS Ling, as well as numerous exhibits and several smaller vessels that were built by the United States, Japan, and Germany. 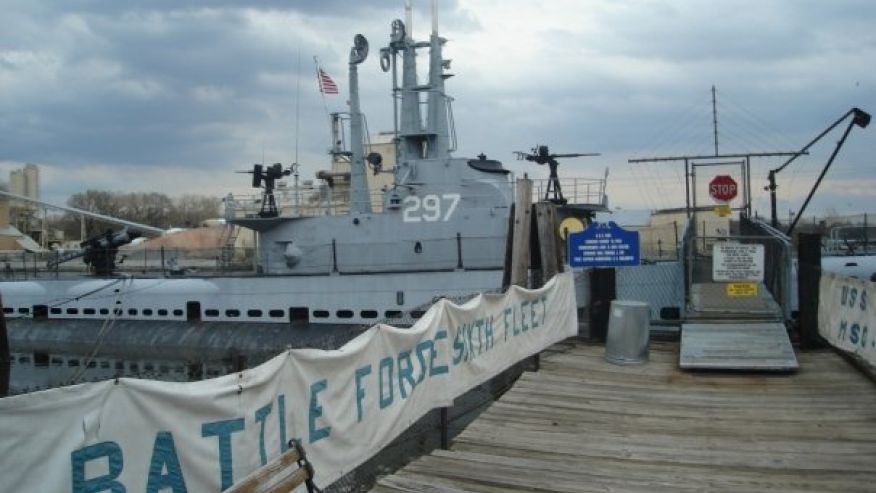 USS Ling ready to launch in 1945. The Balao-class submarine was the mainstay of the U.S. Submarine Fleet during World War 2, but only a few remain as museum ships today. National Archives. 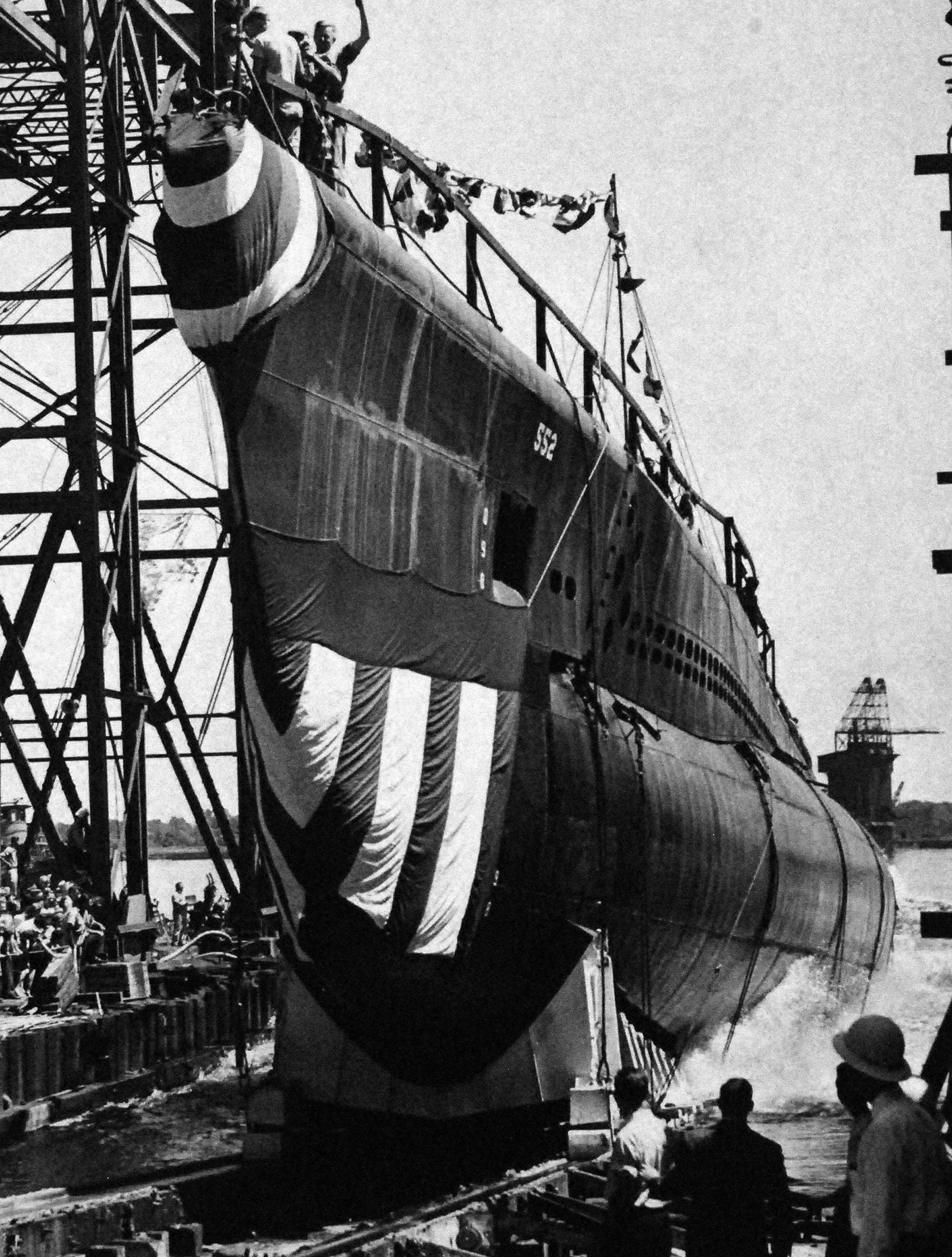 Mrs. E.J. Foy prepares to christen the ship. A Navy tradition dating back to the branch's earliest days, the sponsor of a ship, traditionally female, is thought to bring a ship good luck, and are permanent members of the crew. 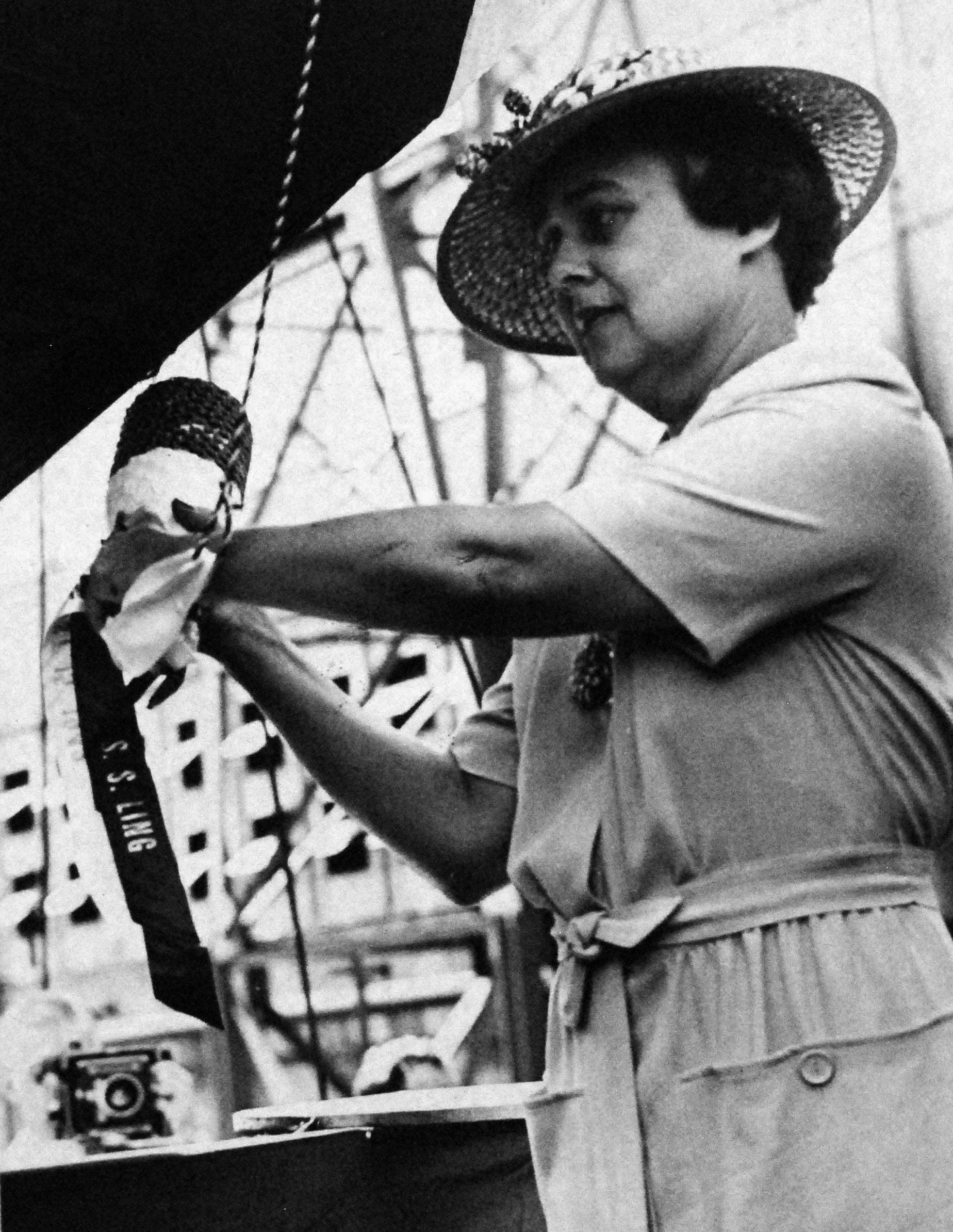 USS Ling at rest in her brand new berth at Hackensack, New Jersey in 1972. As the ship nears its 75th year, it has spent over half its lifetime in this inland town, and developed a close relationship with the community. 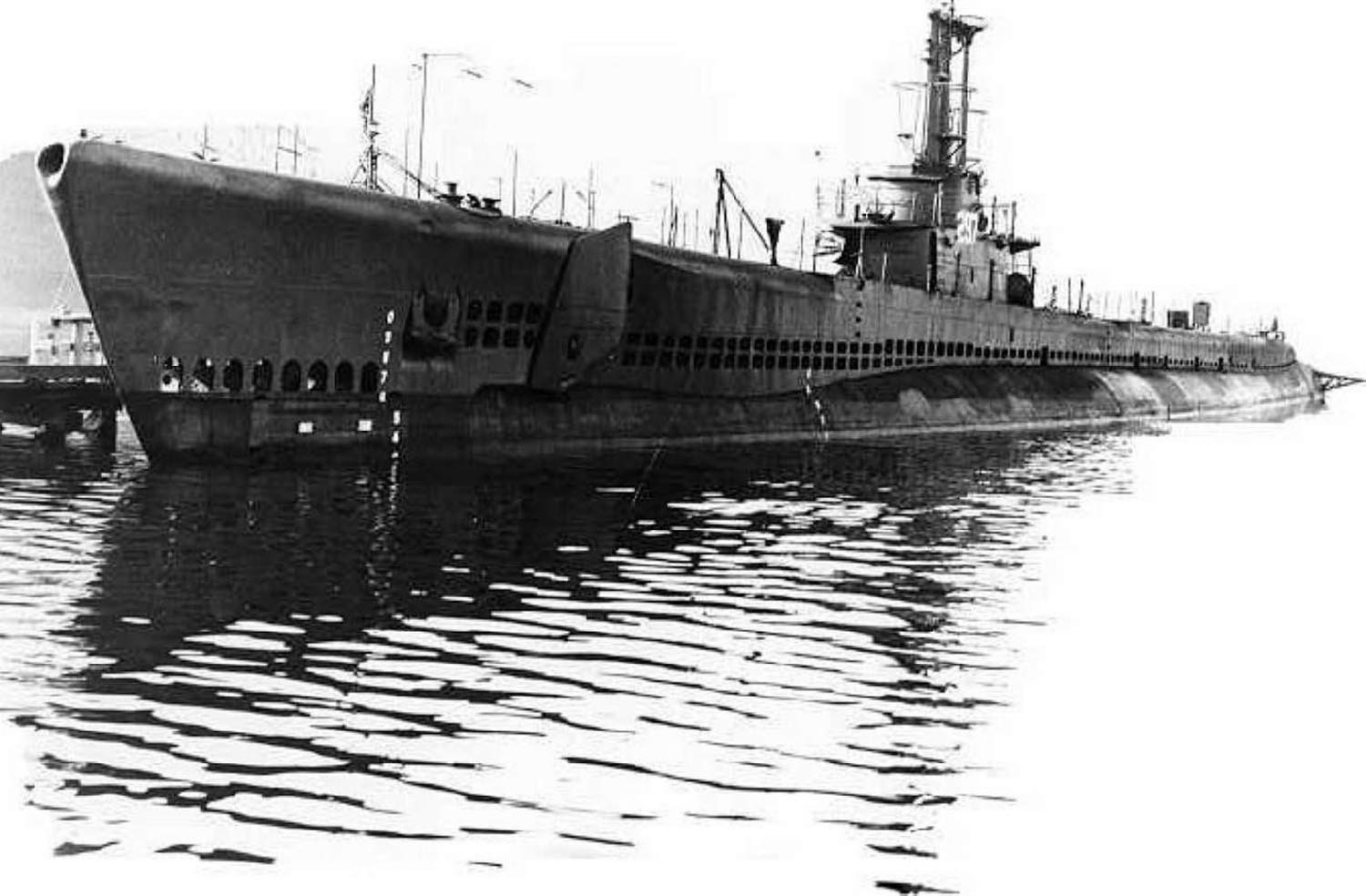 The Ling in its current condition, from a 2017 NY Times article. With the Hackensack River silted up from a nearby dam, the submarine is now grounded on the riverbottom. A dredging operation required to extract it is too expensive for present funds. 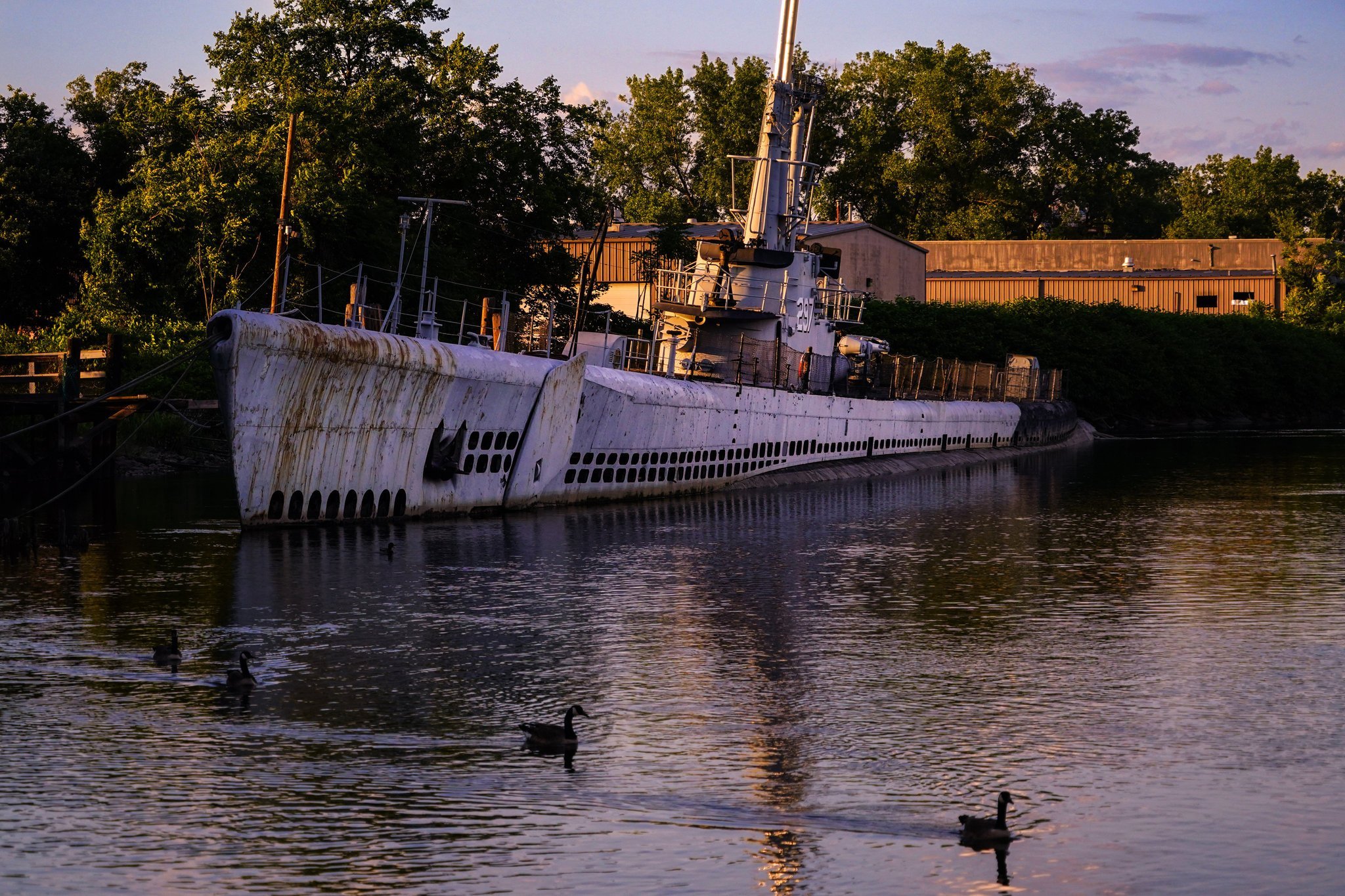 An aerial view of the Philadelphia shipyard during Ling's construction, with Ling among several other submarines at left. For a full list of vessels, see the NavSource link below. 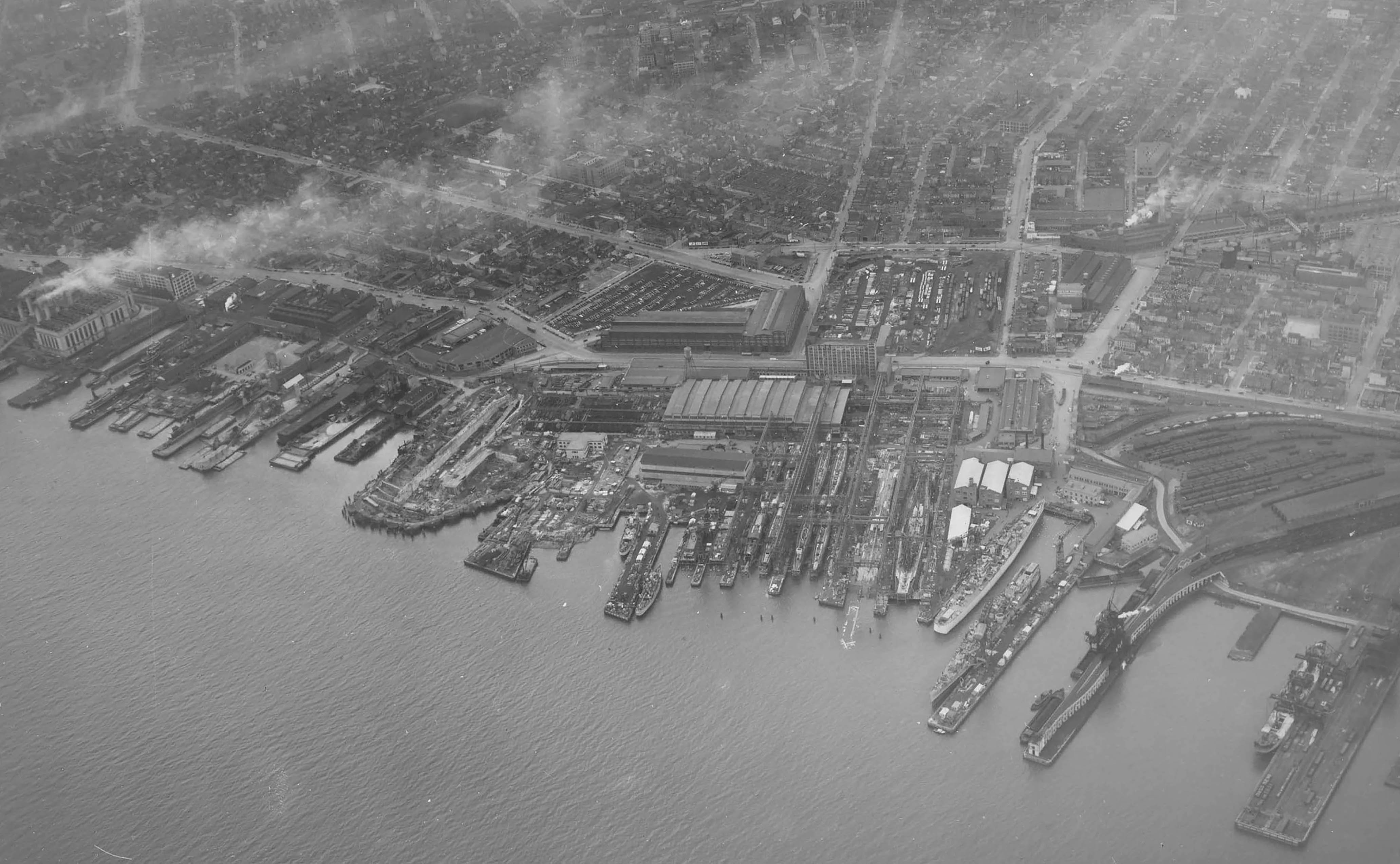 Despite never seeing action in the war for which she was built, the submarine USS Ling remains a priceless representative of the American submarine fleet during World War 2. Alongside a few of her sisters like USS Bowfin, Pampanito, and Batfish, the Ling remains as a tribute to the Navy's resilient Balao-class submarines, which formed the backbone of the "Silent Service." The Balao class, of which over 120 were built, comprised roughly half the number of American submarines operating in enemy waters during the war.

The majority of these submarines were deployed to the Pacific Ocean in the war against the Japanese Empire. These Balaos, the older Gato-class, and finally the more modern Tench-class subs waged an unforgiving underwater war against Japanese warships and merchant marine. Their disruption of Japanese supply lines, troop movements, and communications were crucial to strategic success against the island nation, which depended on materials shipped across vast ocean distances. American submarines also provided valuable reconnaissance information, while screening American surface fleets and invasion forces from enemy sub attacks.

USS Ling herself was constructed too late to fight, sailing out from her commissioning in Boston on June 8, 1945, less than two months before the Japanese surrender. Since she required the usual "shakedown cruise" to test equipment and accustom the crew to her operation, she was never deployed to the Pacific. After spending a month in Panama in early 1946, she returned to New England and was decommissioned in October of that year. The sub spent the next fourteen years inactive, as part of the Atlantic Reserve Fleet, before being towed to Brooklyn, New York in 1960 to serve once more as a training vessel.

Decommissioned for good in 1969, she was struck from the register in December 1971--and almost immediately picked up by the Submarine Memorial Association, a nonprofit organization comprised of citzens and former submariners determined to prevent Ling's final walk to the scrapyard. The vessel was brought to Hackensack, New Jersey, where a dedicated group of volunteers restored the vessel to sparkling World War 2 condition and placed her at the center of the New Jersey Naval Museum.

For the next 35 years, the New Jersey Naval Museum was a source of community pride, and the sub became a familiar landmark in the landlocked town. The museum was able to thrive due to a generous rental contract from Donald G. Borg, owner and editor of New Jersey's "The Record" newspaper, which allowed the museum its property for a dollar a month. By 2007, however, falling newspaper revenues had forced the Borg descendants to begin redeveloping the land, and the museum was required to remove the majority of its artifacts, leaving the Ling nearly solitary along the banks of the Hackensack River.

Hurricane Sandy battered the New Jersey coast in 2012, destroying the gangplank that had once allowed visitors and crew to reach the Ling. Further exacerbating the problem, a nearby dam project cause silt buildup in the river, raising the riverbed and stranding the Ling in feet of mud. Volunteers on the Ling were required to enlist the Hackensack Fire Department's assistance in boarding the vessel on January 31, 2013, to check for hazardous gases and pump out water that had flooded some of the bow compartments.

As of January 2018, the Ling's condition remains relatively unchanged, despite a spirited outcry from New Jersey citizens and dozens of newspaper and magazine articles. The Ling's crew is unable to replace the gangplank out to the submarine due to cost and, worse still, the fact that they no longer lease the bank of the river adjoining the Ling's grounded hull. The stalwart crew must access the sub by boat, and is still attempting to raise money for the vehicle's restoration. Since the submarine is not publicly owned, local officials claim they cannot commit funds to its removal or repair. A GoFundMe page is currently accepting donations toward the submarine's restoration.