The Pennsylvania State Police have the carried the proud role of being the state’s most revered and respected policing organization, and since this force was created in 1905 amid widespread fears that the force would be used as a private army, it has endured as a historically (and presently) significant organization that helps tell the story of 20th century Pennsylvania. For anyone wanting to further explore the history of this police force as well as Pennsylvania crime history, they can discover a massive archive and multifaceted collection that both honors and preserves this history in a fun and entertaining way. Visitors to the Pennsylvania State Police Museum can explore the oral history of the police’s troopers while also engaging in a myriad of interactive exhibits, such as exhibits focusing on the prohibition, fingerprints and crime scene forensics, and even patrol vehicles.

Uniform Exhibit at the Museum 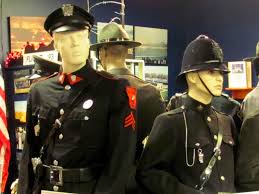 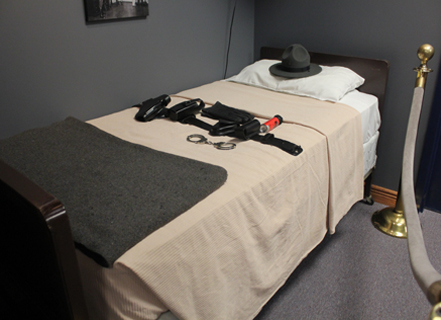 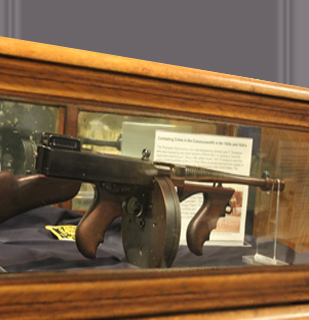 The Pennsylvania State Police dates back to 1905 after Governor Samuel W. Pennypacker signed the organization into law. Labor violence, such as with the Great Anthracite Strike in 1902, posed a public threat to safety at the time, and even after the State Police was signed into law, many labor leaders feared the group would act as a private army.

However, in its first years in operations, the police proved effective at curtailing mob violence, protecting wildlife, and capturing criminals. Over the course of the 20th century, the Pennsylvania State Police were part of every major crime and piece of police legislature, and its history is closely related to the history of Pennsylvania.1

The history of the Pennsylvania State Police is best explained through the variety of exciting and interactive exhibits featured throughout the 32,000-square-foot facility. Although the museum has a historical preservation mission, which includes the housing of artifacts representing the over 100 years of operation, the museum seeks to engage visitors through its wide variety of exhibits.

Some of these exhibits could include “Cadet Training,” a memorial tribute titled “The Ultimate Sacrifice,” or “Women in the PA State Police.” Interactive exhibits, such as the crime scene forensics exhibit, presents a variety of evidence regarding a 1932 crime scene and showcases the methods used to analyze the evidence and convict a suspect.

One of the most popular exhibits is the “Thompson Machine Gun” exhibit, which displays the definitive weapon of the ‘30s and ‘40s used by both mobsters. This exhibit also includes heaps of information pertaining to the Prohibition-era gangsters and its use in the infamous St. Valentine’s Day Massacre.2

Automobile buffs can also explore the complete restoration of a Vintage 1972 Plymouth Fury. This vehicle, which was found after a lengthy search, was proven to be a Pennsylvania State Police vehicle after museum curators discovered that the vehicle featured a reinforced roof, heavy duty suspension, electrical and cooling systems, and a certified speedometer.3

Visitors coming to the museum should pay attention to any events the museum may be hosting, as throughout the year, visitors can discover events such as the 11th Annual Soldiers of the Law Motorcycle Ride or the annual PSP Rodeo & Personnel Reunion Picnic.