Wind power endures as a prominent energy source that has given humans electrical and machine power for hundreds of years, and some argue that the future of energy rests in wind power and other natural energy sources. Located east of downtown Lubbock on 28 acres of city park, the American Wind Power Center and Museum showcases over 160 American-style windmills as well as windmill history and any windmill-related information an enthusiasts would like to know. Most of the windmills on these grounds are the water-pumping styles, and nearly 60 windmills are actively pumping water. Additionally, museum-goers can discover wind electric windmills, some of which date back to the early 1920s. In addition to displaying a variety of water pumping and wind electric windmills, including the 50-meter, 660kW Vestas V47 wind turbine, the American Wind Power Center focuses on interpreting and displaying the relationship between humans, the environment, and technology through the medium of this museum.

Windmills on the Museum Grounds 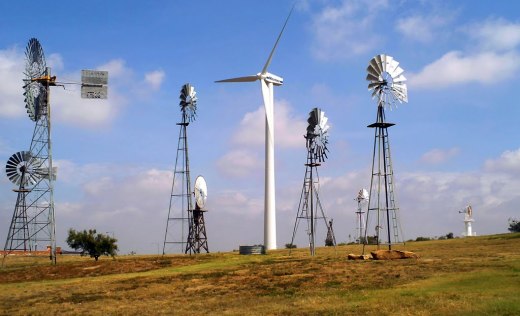 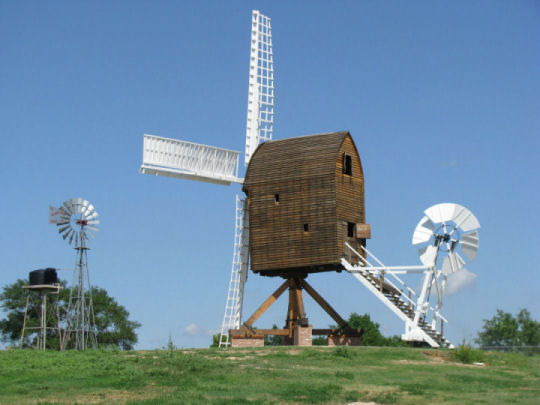 Rustic Wedding at the American Wind Power Center and Museum 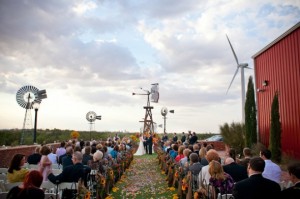 Establishment of the American Wind Power Center and Museum

The history of the American Wind Power Center and Museum can be traced back to Billie Wolfe, a faculty member of Texas Tech’s College of Home Economics. In the mid-1960s, Wolfe discovered that historical windmills were rapidly disappearing. During the next 30 years, Wolfe traveled all over the United States searching for different windmills, interviewing farm and ranch owners, and securing and shipping windmills to Lubbock.

In 1993, Wolfe and Coy F. Harris, a Lubbock native and CEO of Wind Engineering Corporation, established the National Windmill Project as a non-profit organization. Just 4 years later, the City of Lubbock offered a permanent stretch of land south of MacKenzie Park, and by 1998, a formal opening was held for the American Wind Power Center. Since then, this center and museum has received international recognition for the work that Billie Wolfe started way back in the 1960s.1

Features of the Museum

Visitors coming to the American Wind Power Center and Museum will undoubtedly notice the Vestas V47 wind turbine, which dominates the windmill grounds. Standing at over 50 meters tall, this windmill turns about 660 kW of power, which is enough to fully power the museum. In fact, excess power that this windmill produces is sold to the local power grid.

The other highly popular windmill is the Flowerdew Hundred Postmill, a highly accurate recreation of the first windmill ever constructed in North America in 1621. The original windmill was located in Virginia on Sir George Yeardley’s plantation and was destroyed in a storm, and the recreated windmill at the American Wind Power Center has incorporated features that illustrate English windmill technology in the 18th century, and it is one of the few working Post-Mills in the Western Hemisphere.3

A side room of the center also features the world's largest windmill mural. This mural stands at over 34 feet high and 172 feet long, and it includes a 15-minute recording that details the history and development of this mural. The mural, produced by artist LaGina Fairbetter, depicts the history, present, and future of the windmill.

Another important sight to see at this museum is the last remaining “twin-wheel” windmill, which was a model infamous for killing more workers that other types of windmills.4

Tuesday - Saturday: 10am to 5pm Also open Sundays from 2pm to 5pm between May and September