A cotton plantation became the central location of activity after St. Helena Island was seized by Union soldiers in 1861. The family that owned the plantation fled, and over 250 slaves were found living on the there. The US government decided to create a plan to educate the freed slaves on the islands, and this act later birthed what came to be known as the Port Royal Experiment in March of 1862. William H. Noble along with Edward S. Philbrick served as agents that were sent to the island in order to carry out the experiment.

Ebenezer Coffin built this plantation in the early 1800s. 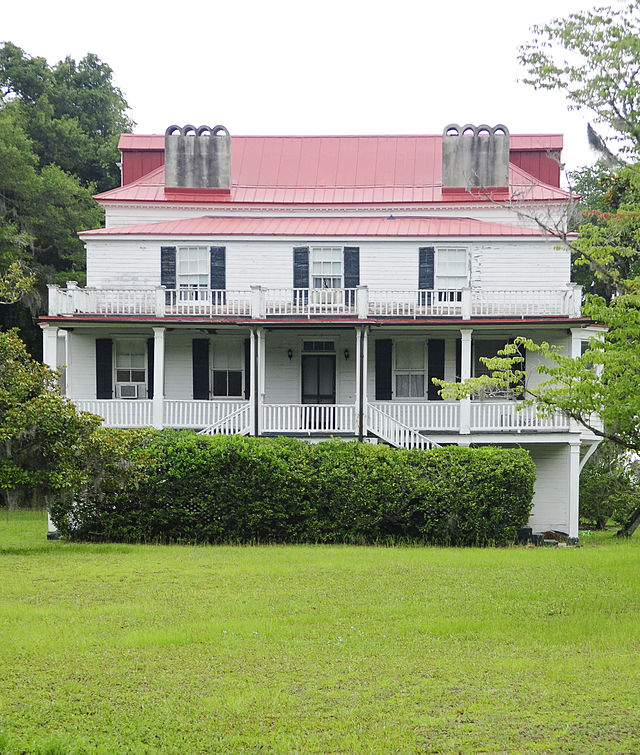 This plantation dates back to 1801 where it was originally built by a Boston-native man named Ebenezer Coffin. After marrying his wife, his father-in-law gave the newlyweds 1120 acres and 63 slaves. In the mid-1800s, Ebenezer Coffin passed away leaving his estate to his wife and six children. After fleeing because of the invading Union troops, the Coffin family abandoned all of their holdings, including their slaves. During the early years of the Civil War, The United Stated government developed a strategy called the Port Royal Experiment.

Before the Civil War however, the Coffin Point Estates was a highly renowned cotton plantation nestled on the Carolina coast having a reputation as prosperous and well flourished. The Port Royal Experiment was considered to be an early humanitarian trial run in order to prepare these formal slaves to be free citizens in the American public life. This trial run was made possible because the US Navy invaded the Sea Islands of the Beaufort District after the victory at the Battle of Port Royal in November of 1861. Edward Philbrick, a superintendent with the experiment was able to purchase eleven properties from the government, Coffin Point being included. He attempted to continue farming cotton, but was unsuccessful, and this caused him to sell the land. Some of the land was sold to local African Americans, and other parts were sold to northerners.

Sitting on high ground overlooking St. Helena Sound, Coffin Point is a two-story "clapboard" structure with a raised basement. It also retains characteristics of the Federal style of architecture having being built in the early 1800s. This home features semi-elliptical doorways and dormer windows and hooded chimneys. It features the original pine floors and a staircase with scroll pattern, and the home is surrounded by a plethora of oak trees a half mile long.