The Woman's Club of Tallahassee was established in 1903. 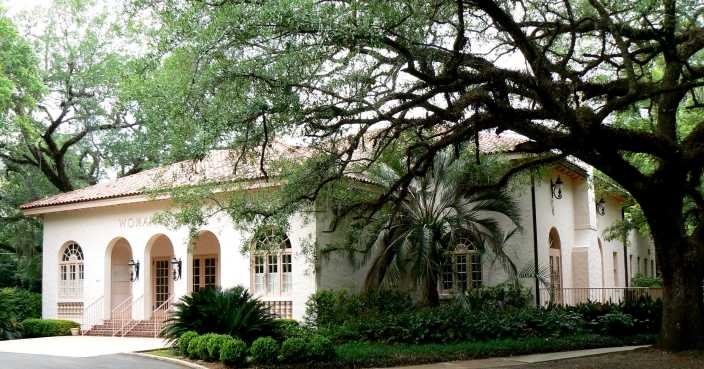 This historical marker describes the history of the club. 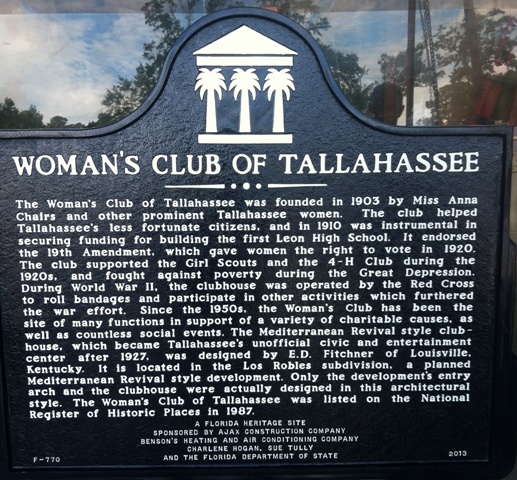 Early projects of the club consisted of internal improvement to the city of Tallahassee. The club became an affiliate of the General Federation of Women’s Clubs in 1905. The clubhouse for the organization, named Los Robles, was constructed in 1927 and has since been the permanent home of the Women’s Club of Tallahassee.

The ladies of the club organized Tallahassee’s first kindergarten and were highly influential in the construction of the first Leon High School building, where students began class in 1910. Throughout the years the club has also been very active throughout Tallahassee by participating in city beautification and historic preservation.