The Detroit Institute of Arts

Established in 1885, the the Detroit Institute of Arts remains one of the most revered art museums in the nation owing to the strength of its vast collections. The original building utilizes white marble and was designed by Paul Cret. The museum includes over one hundred galleries and is the fifth largest art museum in the country. The museum also includes a 1,150-seat auditorium, a 380-seat lecture and recital hall, an art history library, and an art conservation services laboratory. The museum is a contributing property to the Cultural Center Historic District, which is listed on the National Register of Historic Places.

The Detroit Institute of Arts was founded in 1888 and moved to this location in 1927. 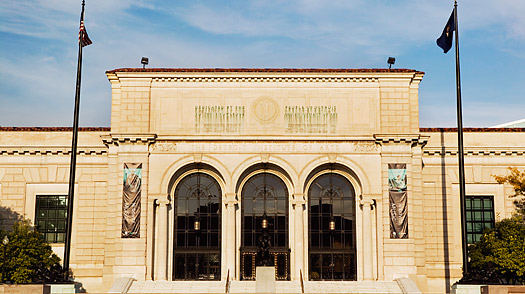 Inside of Detroit Institute of Arts 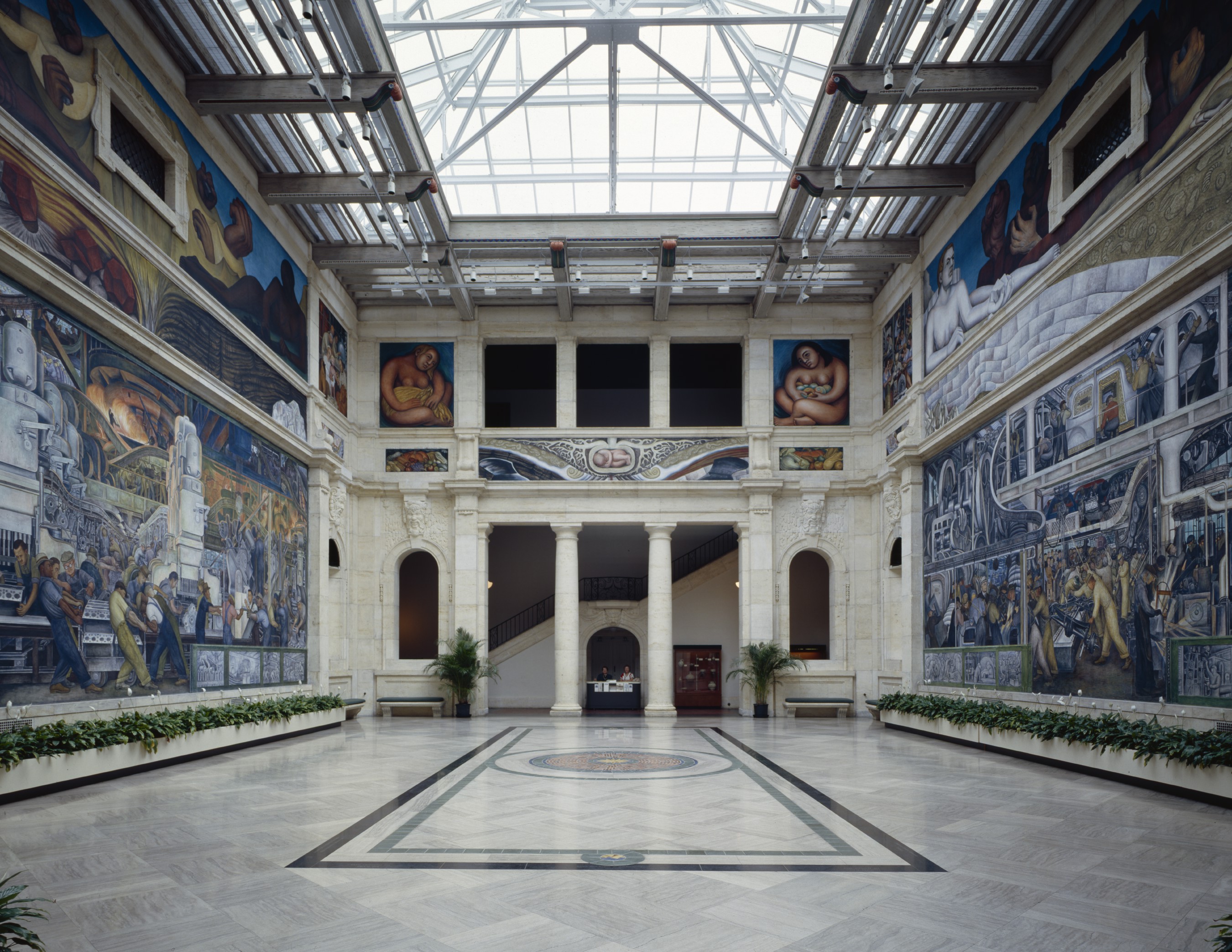 Mural of "Detroit Industry" in Detroit Institute of Arts 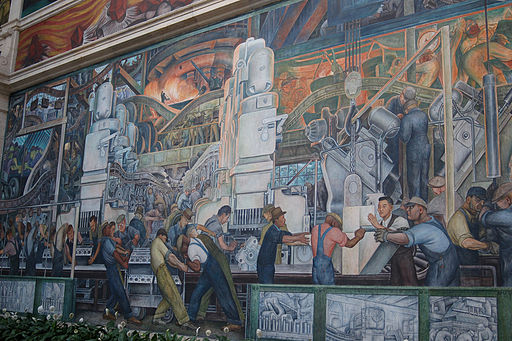 The Detroit Institute of Arts came first as an idea by James E. Scripps after writing an article in the local newspaper after a tour of Europe. He gathered and recorded the places his family visited when they went to see art in Italy, France, and Germany. Portions of this tour is what he put into the newspaper called The Detroit News. It would become a popular piece with locals that it was published into book form and the title read “Five Months Abroad.” The popularity spread massively and it inspired the newspaper’s advertising manager, William H. Brearley, to create his own art exhibit in 1883 which was received very well.

Brearley convinced the locals that they should establish their own art museum. Many donors began contributing to the mass construction of the facility likes James Scripps and D.M. Ferry & Co. owner Dexter M. Ferry. In 1888, the museum had been open for three years and Brearley (along with Schipps’s help) managed to get over 70 pieces of artwork inside the Institute. The museum was one of the most popular attractions in Detroit at the time. In 1883, a board of trustees was created for the museum with the purpose being to raise enough funds to build a permanent art museum in Detroit.

In 1919, the museum would be sold to the City of Detroit as the new owners. The board of trustees renamed themselves to the Founder’s Society, a group that would help raise funds for other museum needs. The museum officials would find leadership under German art scholar Wilhelm Valentiner. Under his leadership, the museum was booming more than ever and generated lots of money from customers. The DIA became the first museum in the United States to obtain a van Gogh and Matisse painting in 1922.

After the events of World War II, the museum was able to recover a piece of art looted by the Nazis. It was called “The Seine at Asnineres” painted by Claude Monet and he repaid the museum for returning his portrait back to him. Today, the museum has over 65,000 pieces of art from all over the world, including local favorites such as the Works Progress Administration murals of Diego Rivera. Funding for this large museum comes from private donations, the state legislature, and a ten-year bond approved by voters that will fund the museum through 2022.

As the city of Detroit headed towards bankruptcy, it was feared that the assets of the museum might be liquidated and priceless works of art would be placed on the auction block. As part of the 2014 "Grand Bargain," charitable foundations throughout the city and country provided a source of funding while city workers and retirees accepted lower pensions. The terms of the deal allowed the museum to become a private organization and prohibited that organization from selling artwork while also making those works of art safe from seizure by the city's creditors, because they were no longer owned by the City of Detroit.