According to the Mountain Site of Maryland, B'er Chayim is currently a member of the Union of Reform Jews. The history of affiliations has varied over the years, however, ranging from Orthodox when first chartered in 1853, through classical reform in the late 1800 and early 1900s, and finally merging with Beth Jacob Synagogue (a Conservative Shul) in 1998. The current services are respectful of each tradition, with traditional services being held on festivals and Shabbat, incorporating both conservative and reform styles of worship. In 1975, the B'er Chayim Temple was listed on National Register of Historic Places. 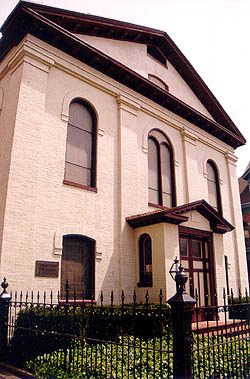 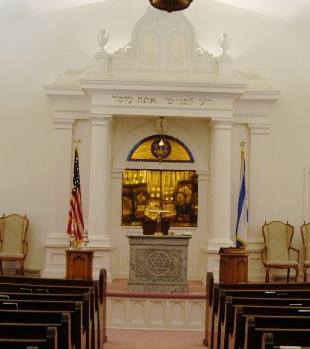 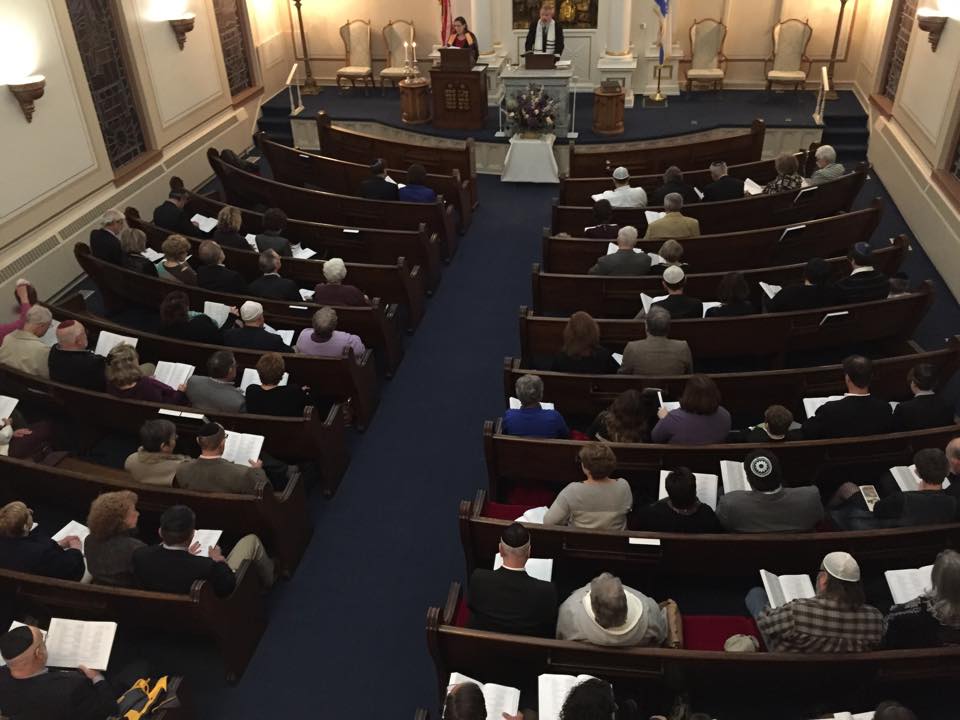 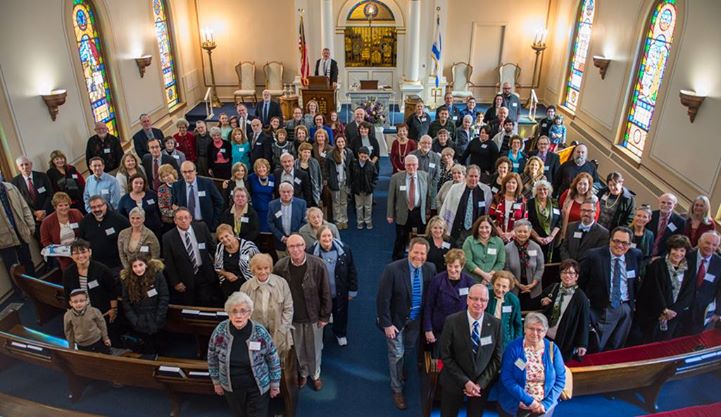 According to National Park Service-U.S Department of Interior, the first Jewish resident was recorded in Cumberland in 1816. However, this region had not been officially established yet. And according to the B’er Chayim Temple’s History, in 1853, twelve Jewish families were recorded living in Cumberland. The population at that time was 6,510. The number of population was big enough to warrant permission to establish a congregation.

On May 23, 1853, the Congregation B'er Chayim which means "Well of Life" was incorporated by the Maryland Legislature (1). "The congregation was orthodox when the temple was built, although it is now a Reform congregation"(2).

During its construction for the next 15 years, the B’er Chayim Temple’s services were at held many locations in and around Downtown Cumberland(4). The property for the temple was obtained on the corner of South Centre St. and Union Street in 1865. In 1867, the B’er Chayim's construction was completed and its cost is $7,427.02.

In 1899, the congregation made a decision to purchase the lot adjoining the rear of the temple and constructed a building which served as a parsonage. It was used for many purposes as well such as a social hall, offices for the local Board of Education, and currently as the Rabbi’s office and Sunday school(4).

Throughout the years, the building underwent several renovations, including switching from gas to electric lights, upgrading the staircases, and enlarging the bimah. Moreover, the 1882 organ was replaced in 1908 and again in 1924, the pot-bellied stove was replaced by furnaces,  a kitchen was added on the first floor, and a new front entrance was added(4). Based on the records, the major renovations took place in 1928 with the presence of the Diamond Jubilee. The second major renovation took place in 1953, which marked the 100 anniversary of The B’er Chayim Temple. The new installation of memorial stained glass windows was a brilliant design. Currently, after nearly 11 months of renovation, the 147-year-old temple made further changes to make the building handicap accessible(4).