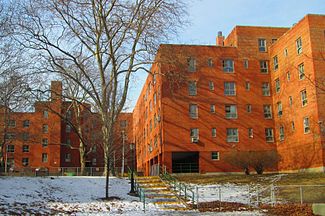 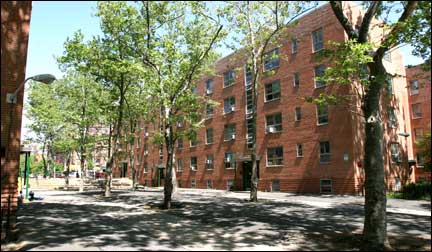 Harlem River Houses is a New York City Housing Authority public housing complex, which spans roughly 9 acres, located in the Harlem neighborhood of Manhattan, New York City. The complex began construction in 1936 and was opened in the fall of 1937. This was one of the first two housing projects in the city funded by the federal government. The goal behind this establishment was providing quality housing for working class African-Americans. The complex contains 574 apartments.

This establishment was funded as part of Franklin D. Roosevelt’s “New Deal” social program in 1933. The project was built by the housing division of the public works administration at the cost of $4.5 dollars on land owned by the Rockefeller family, which demanded twice the regular amount in which the federal government usually allows to acquire land for such projects.

Harlem River Houses are said to be one of the most successful housing complexes in New York City. When it opened, the project had child care, health care and a public community room on site. Rent in 1937 was $21.00 a month, and by 1939 was between $19 and $31 per month. During the Reagan Administration, the rent was raised from 25% to 30% of a family's gross income. This housing project has 1,008 current residents.