Edgewood Country Cub was originally established in 1898 as Glenwood Athletic Club and located along present Kanawha Blvd. at Park Avenue on Charleston's West Side. In 1906 the land was subdivided and new space for the club was found in the newly developed Edgewood area of Charleston. In 1907 a clubhouse was built and in later years a 9-hole golf course was created on 100 acres of land purchased by the Edgewood Building Association. It is the oldest private country club in West Virginia.

View of the clubhouse from golf course in Sissonville, WV. 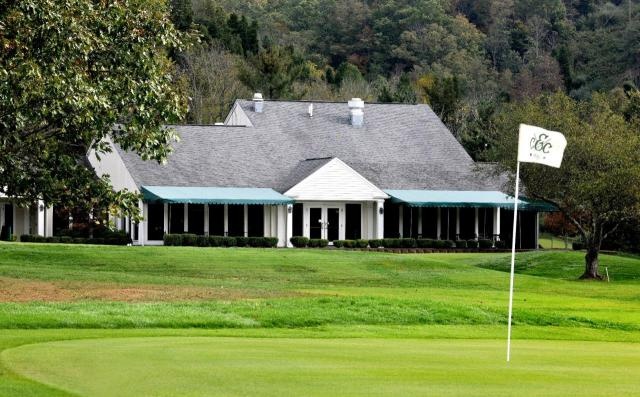 View of the clubhouse entrance off Edgewood Dr. in Charleston, WV. 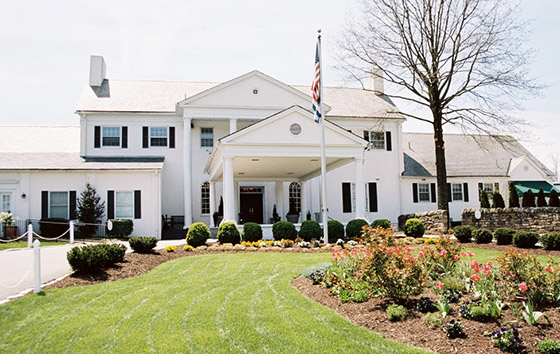 Edgewood Country Club in its current location was constructed in 1906 and chartered in the same year, however it did not open to members until 1907. The 100 acres purchased for the 9-hole golf course followed shortly after and club members were able to access the remote location of the club by streetcar that ran to the club from Charleston. In 1930 the road to the club was paved and bus transit became the primary means of travel to and from the club.

On Christmas day 1935 the clubhouse burned to the ground and was a total loss. The only surviving part of the club was the golf course and the squash courts which were separated by a walkway. In the following year the existing clubhouse was built. Later additions have included basketball courts, an Olympic swimming pool, member's lounge and a restaurant.