Originally commissioned in 1884, this statue depicting Paul Revere during his famous "Midnight Ride of April 18, 1775, was not completed and dedicated until 1940 after a series of political disputes regarding nearly every aspect of the statue. Revere was among numerous colonists who rode on horseback to warn colonial leaders John Hancock and Samuel Adams of the movements of the British. Revere was detained while other riders were successful in their mission, but Revere became immortalized by the nation's leading poet and remains the most famous of the colonial riders at that time. To this day, the poem and its dramatic story of Revere and the signal in the bell tower of Christ Church in Boston remain a dominant symbol of the Revolutionary period and resistance against the British leading up to the battles of Lexington and Concord. 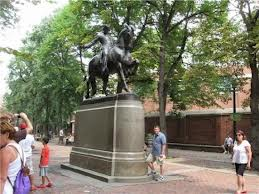 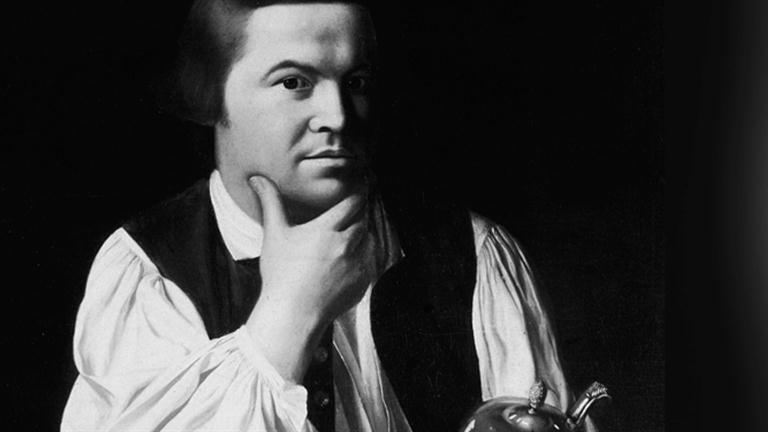 Paul Revere was born on January 1, 1735, in Boston as the son of Apollos Rivoire, a French immigrant who had come to America on his own at the young age of 13 and later married Deborah Hichborn. His father later changed his name to Paul to sound more "American.” He ran a goldsmith shop and Revere followed in his father's footsteps. Even as Revere's business did well, he saw other American colonists struggle and knew action needed to be taken against the British.

Revere joined the Freemasons and eventually became a spy for the American colonists. He also partook in the Boston Tea Party conducted by the Sons of Liberty on December 16, 1773. The Sons of Liberty and Revere threw out crates of tea coming over from China in protest of the Townshend Acts along with the taxes imposed inside the legislation. Revere rose to fame when he conducted his Midnight Ride on April 18, 1775, where he attempted to warn John Hancock and Samuel Adams of the British approaching. While Revere was only one of many riders who spread the alarm, the dominant story remains of Revere and a warning symbol of two lanterns in the bell tower of Christ Church in Boston to indicate that the British were crossing the Charles River to Cambridge. The network of colonists that included Revere helped American troops prepare for the upcoming Battles of Lexington and Concord became the first military confrontations in the American Revolutionary War.

After the war, Revere became interested in other metalwork outside of just gold and silver. He took some profits he made in silver working and put them towards building a large furnace in 1778. Revere would soon open an iron foundry on the north end of Boston where items such as stove backs and fireplace tools were made. His industrialization practices put him apart from his competition in the area. One of the biggest changes for Revere in his foundry was the organization of labor. As time went on, he hired plenty of employees to work for him.

Revere remained a force in politics as Alexander Hamilton’s national policies in regards to banks and industrialization match what Revere wanted to accomplish. He promised to build a robust economy to help supply jobs and make America a greater nation. On the issue of protective tariffs, Revere and his son sent a petition to Congress in 1808 to help pass legislation that would protect his sheet copper business. Even after retiring from his business, Revere kept up his political discussions well until his death on May 10, 1818. He was buried in the Granary Burying Ground located on Tremont Street.

This statue of Paul Revere commemorated his Midnight Ride after being cast in 1940 using a model created in 1885. The statue itself rests on a granite base made by Y. Lovell Little and Raymond A. Porter within the Paul Revere Mall.