Lake Jackson Mounds Archaeological State Park has been a Florida State Park since 1966 and on the National Register since 1971. It is one of the most important archaeological sites related to Native American history in Florida. The area served as the ceremonial center of the Fort Walton Culture from 1000–1500 AD. The complex originally included seven earthwork mounds, a public plaza and numerous individual village residences. Two of the mounds are available for public viewing. There is a pavilion that can be used for social gatherings. Also, guided tours are available upon request. The park is also a great place for nature hikes and bird watching.

The park is one of the most important archaeological sites in Florida. It was once the ceremonial center of the Fort Walton people, who lived here between 1,000-1,500 AD. 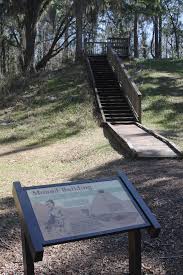 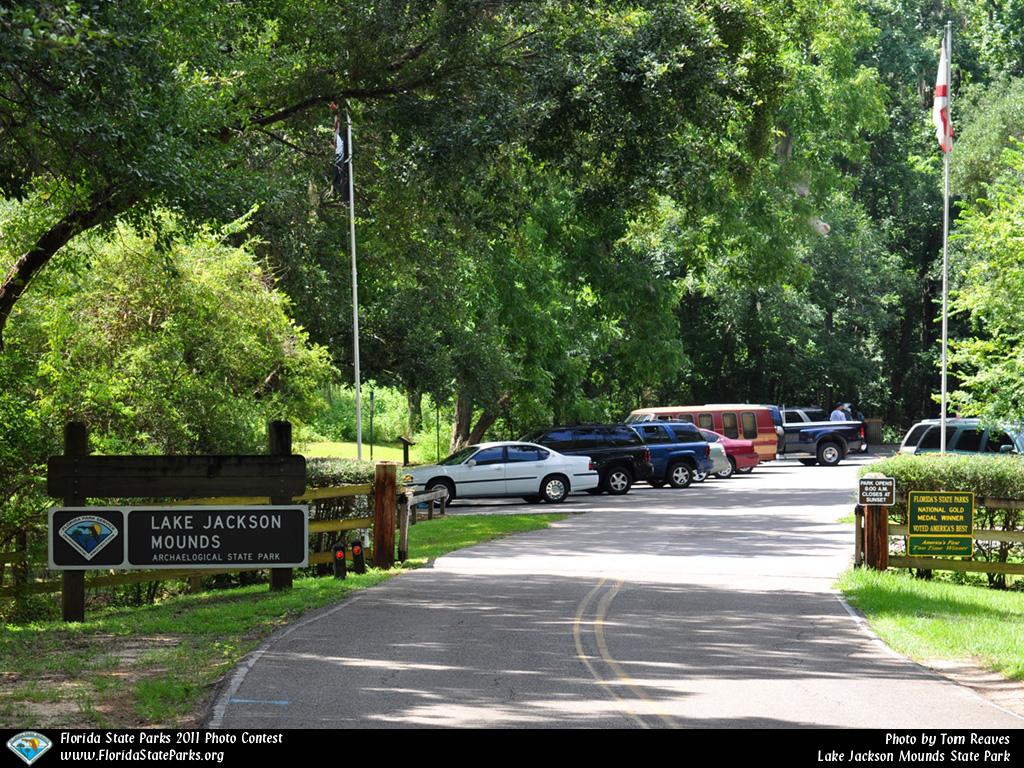 As stated above, the area is related to the Fort Walter Culture (mound builders). The complexity of the mounds suggests that the area was likely the religious and political center for Native Americans living in the region. Archaeological inspections of the mounds revealed that there were once structures that stood atop the mounds. Unfortunately, such structures were destroyed.
The plaza was a place of gathering and where ceremonies and ritual games were held. The residences then outlined the plaza. Communal agricultural fields outlined the residential area. Agriculture, mainly the cultivation of corn, allowed for a dense and sedentary population.

Archeologists have also found artifacts that were likely associated with important individuals in the community. These objects include copper breastplates, necklaces, bracelets, and cloaks. Other artifacts found, such as various copper pieces, suggest that the Natives of this area had trade and religious ties to other Native American groups in the southeastern United States.