The Women in Military Service for America Memorial honors the women who have served in America's military-- past, present, and future. It is located at the Ceremonial Entrance at Arlington National Cemetery. This is the only national memorial that honors the women of the United States Army and Air Force. The ground breaking for the monument with award-winning architecture was on June 22, 1995, was officially dedicated on October 18, 1997, and opened to the public on October 20, 1997.

Front view of Women in Service for America Memorial 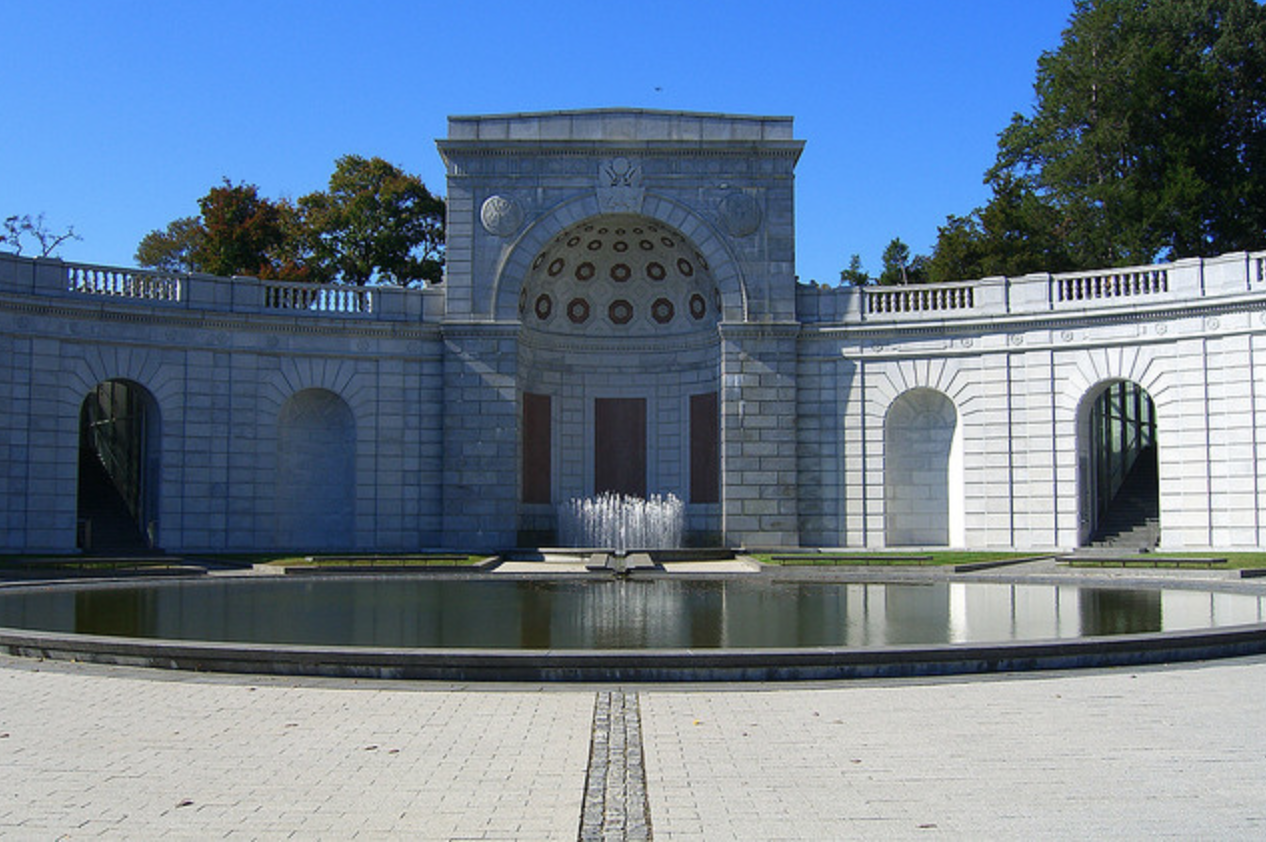 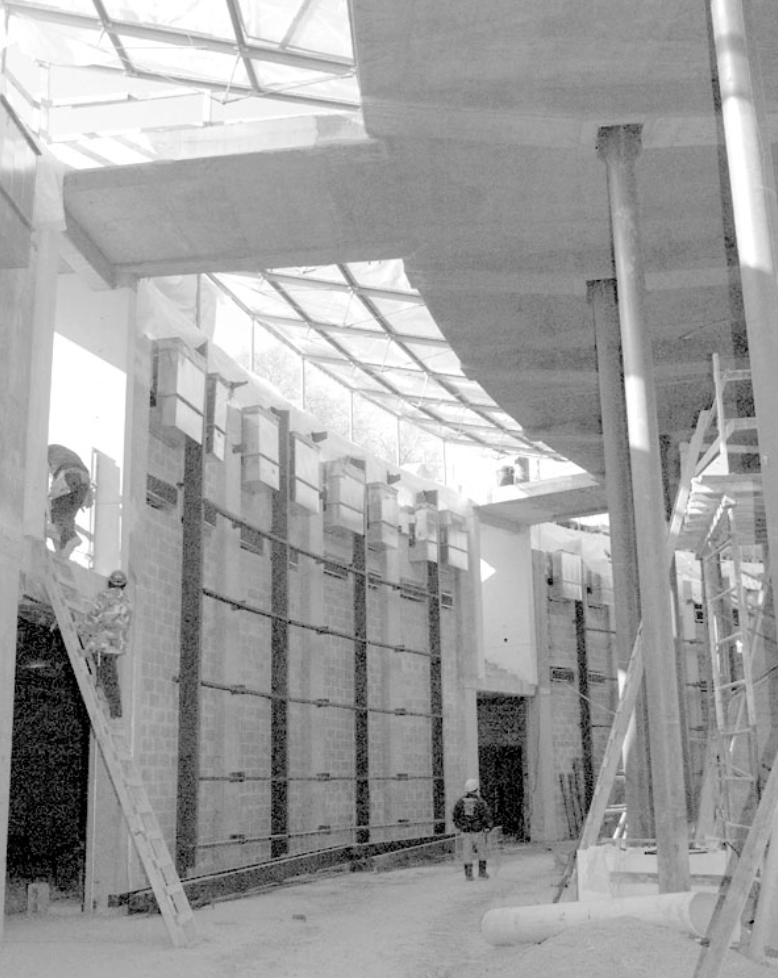 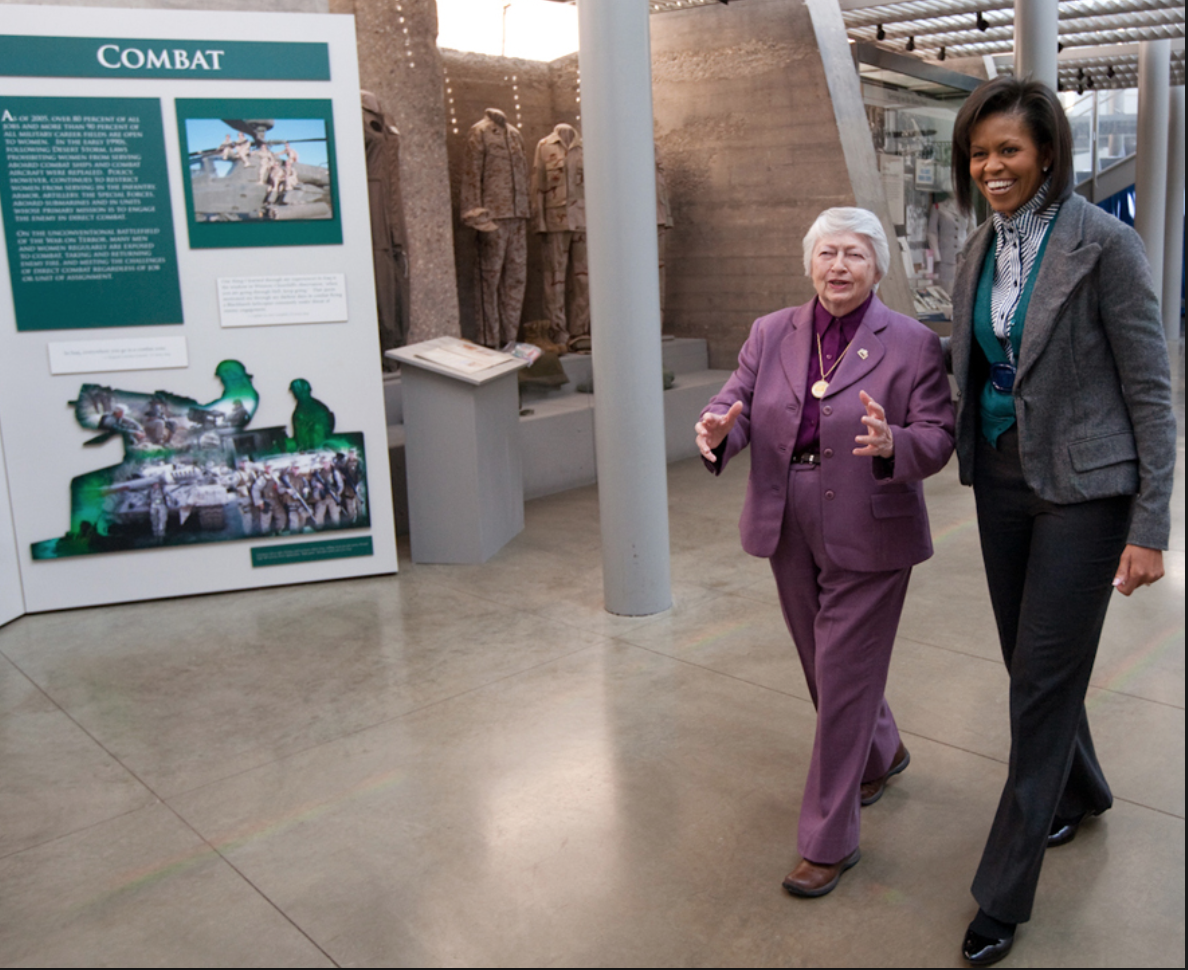 Women have contributed to the United States armed forces since the American Revolution over 200 years ago, but often their selfless and courageous acts in times of war and peace, have gone unrecognized.  The Women in Military Service for America Memorial pay homage to these women, as well as those currently serving and those who will serve in the future.  The Women in Military Service for America Memorial Foundation, led by retired Air Force Brigadier General Wilma Vaught, was established to raise money to construct and maintain the monument.(Vaught)

Ground was broke for the monument on June 22, 1995, although the monument had been in brain works since 1988.  There was a nationwide competition for the design concept of the memorial.  In November of 1989 the design (which would later receive numerous awards)  by Marion Gail Weiss and Michael Manfredi was chosen.  Final approval was granted finally by the National Capital Planning Commission and Fine Arts Commission on April 6, 1995. (Vaught)

The Women In Military Service for America was dedicated on October 18, 1997, and finally opened to the public October 20, 1997. It has a glass tablet roof inscribed with quotes by and about women who have served in the nation’s military.  The inside includes an Education Center with a Hall of Honor inside.  The Hall of Honor is home to exhibits and artifacts from women’s military service.  There is also a gift shop, theater, and a computerized Register.  The Register is a database where visitors can access photographs, military histories, and individual stories of the over 250,000 women who have served in the United States armed forces. (Vaught)

The Women in Military Service for America Memorial is located at the Ceremonial Entrance of Arlington National Cemetery in Washington D.C.  The gateway had been neglected since 1932, so the four-acre memorial site was restorative in addition to being inspirational and educational.  The memorial is supported by the Department of Defense, the Department of Transportation, and the Department of Verterans Affairs, but received no federal funds and has been built and maintained by private donations.  The foundation is constantly searching for more female veterans to include on in the Registry and works.  The Women in Military Service for America stands to commemorate the generations of often unnoticed sacrifices made to the United States Military by women who served.  (Vaught)