This local history museum in located in a historic home constructed in 1872 by Richard Gernon. The year prior, Gernon became one of the first settlers in the newly-platted community of Russell, Kansas. He worked as a Blacksmith and traveled with the Northwest Colony all the way from Wisconsin. Gernon and the new settlers lived in railroad boxcars until they began the construction of their homes. 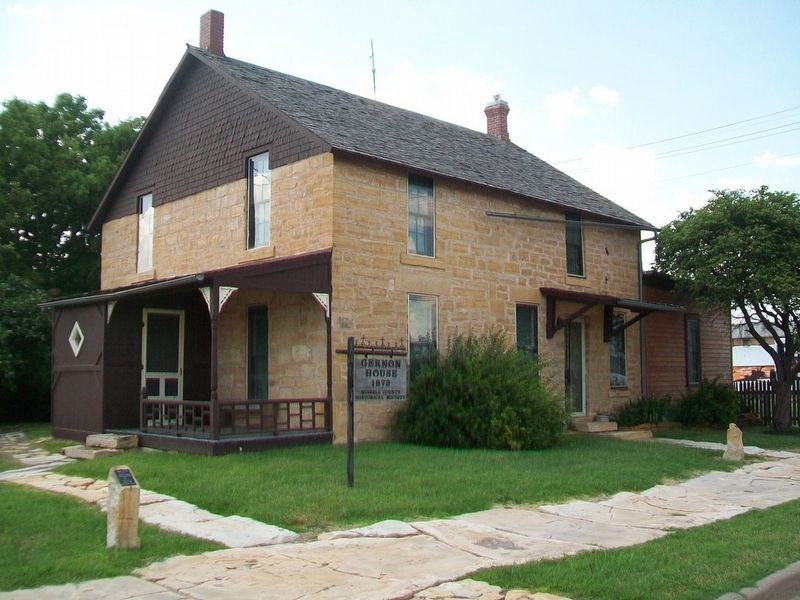 In 1871, Blacksmith Richard Gernon began a journey from his home in Ripon, Wisconsin with an organization known as the Northwest Colony, a settlers organization that sought homes and farms in this part of Kansas. Upon arrival, Gernon and his group began living in boxcars until the following year when they started building houses. Gernon started construction on his house in 1872 using local limestone.

The lack of lumber inspired the use of limestone, and while that increased the time needed to construct the homes, it also resulted in many of the early homes of Russell remaining to the present-day.

Russell is the hometown of the 1996 Republican presidential nominee and former Senator Bob Dole, and the museum offers many items related to his life along with other prominent residents and early settlers. Russell is also home to the Fossil Station Museum within the former county jail for Russell.

The Russell County Historical Society operates the Gernon House Museum and offers exhibits related to the founding of the city, Richard Gernon, and also shares the history of many other limestone buildings and homes in the region. The house has been renovated and restored to match its appearance in the late 19th century. Visitors can also explore the adjacent Gernon Blacksmith Shop.