The Wiawaka Holiday House is the oldest retreat for women in America. Founded in 1903 by the women of Troy, New York on Lake George. Troy was known as "The City of Women." Many women lived in the city working in its numerous garment factories. Wiawaka made it possible for those women to have affordable vacations. Today, the retreat remains open as a place where all women can renew their mind, body, and spirit. 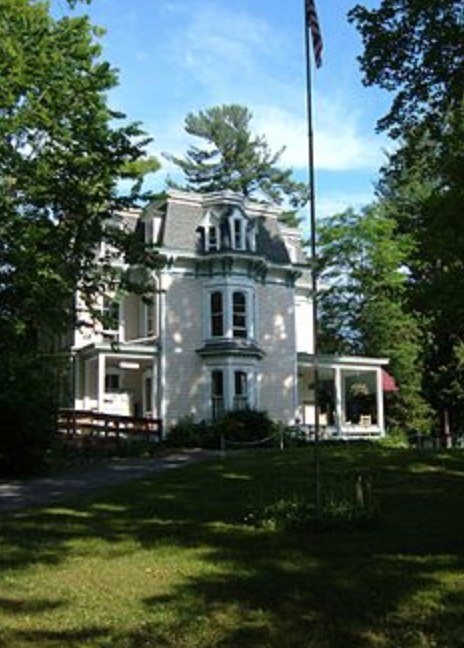 Women on the lawn of the Wiawaka Holiday House 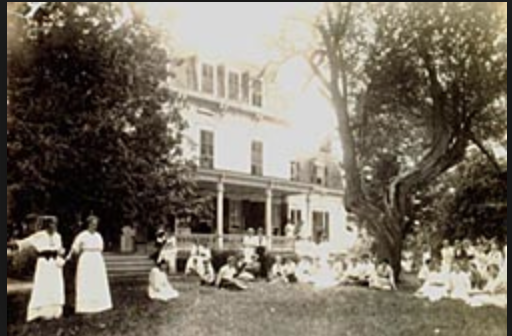 Bathroom inside the Fuller House,named after the founder, Mary Fuller 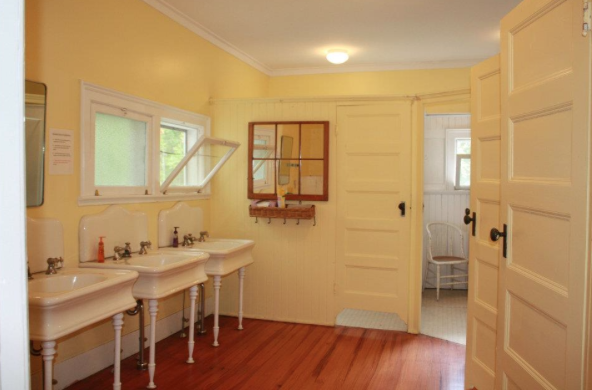 At the turn of the 20th Century, Troy, New York was a hub for textile production.  Numerous young immigrant women lived in the area as shirt collar makers, laundresses, and mill workers.   Mary Fuller was the daughter of one of the city’s wealthy industrialists.  Active in the Young Christian Women’s Association, she dedicated her life and money to helping these women.  She wanted them to have a place where they could have an affordable vacation, so Wiawaka was born.(Wiawaka.org)

Two of Fuller’s friends, Spencer and Katrina Trask from Tuxedo Park near Saratoga and Lake George helped her find a location for Wiawaka.  The Trasks were able to purchase Crosbyside—the former United States Hotel away from the city on Lake George.  Originally, the Trasks leased the 1850 building to Fuller who deeded it to Wiawaka, but eventually transferred the property to her in exchange for a bouquet of flowers and one dollar.

Fuller employed the help of other female benefactors to help fund the retreat and to provide scholarships, so all Troy women could afford a vacation.  During the first summer the Wiawaka Holiday House was open, room and board for a week was $3.50, and it hosted 176 guests. (Wiawaka.org)

Fuller continued to be heavily involved with running Wiawaka until her death in 1943.  Today, the Wiawaka Holiday House remains a bed and breakfast retreat for women.  In addition to food and board, Wiawaka also provides workshops for the women who visit there. Up to 65 guests can now choose to stay in one of Wiawaka's five buildings. The retreat still offers assistance to any woman who has a hardship and cannot afford her stay; the Wiawaka Holiday House still upholds her original purpose.  (Wiawaka.org)