Caboose 90250 is a train caboose built by the Chesapeake & Ohio Railway around 1949. Cabooses were a key component of the railroad industry for over a century, serving as living quarters and workspace for crew, an observation post to examine the train in motion, and a secondary brake at the end of the train. The caboose was no longer in use by the 1980s due to new technology rendering them redundant. In 1994 CSX Transportation donated this caboose to the City of Hurricane in honor of its historic connections to the Chesapeake & Ohio Railway. Originally located next to the fire department on Main Street, the caboose was moved to Hurricane City Park and refurbished in 2016. Today it functions as a small museum displaying railroad artifacts and memorabilia. Visitors can call to arrange a tour of the inside.

The exterior of Caboose 90250 has been largely restored to its original appearance. The inside contains a small museum; reservations must be scheduled in advance for a tour. Image courtesy of the City of Hurricane. 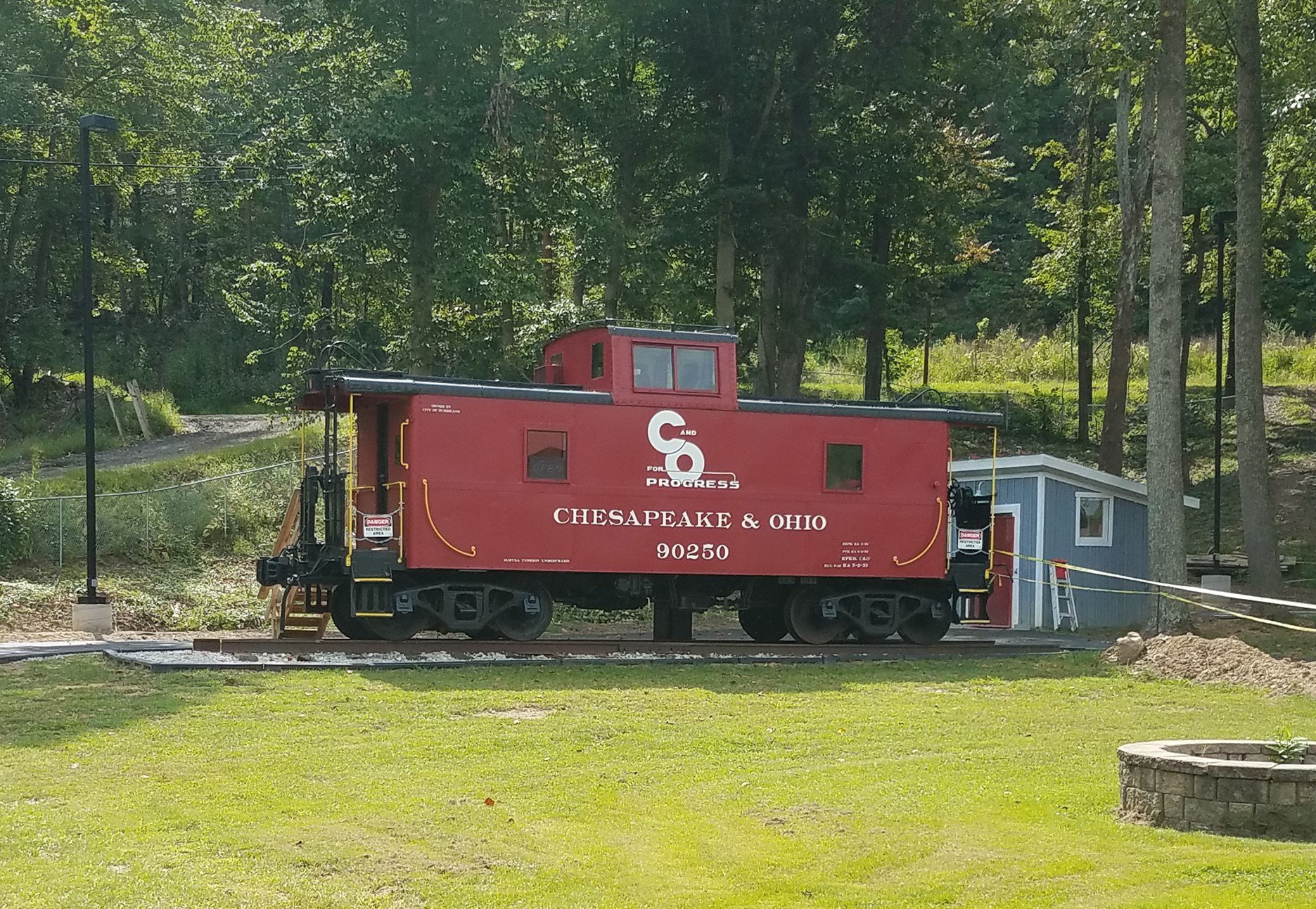 For many years the caboose sat near the Hurricane Fire Department on Main Street. The yellow paint and iconic cat logo are from when the C&O Railway became the Chessie System in the 1970s. Image obtained from RR Picture Archives.net. 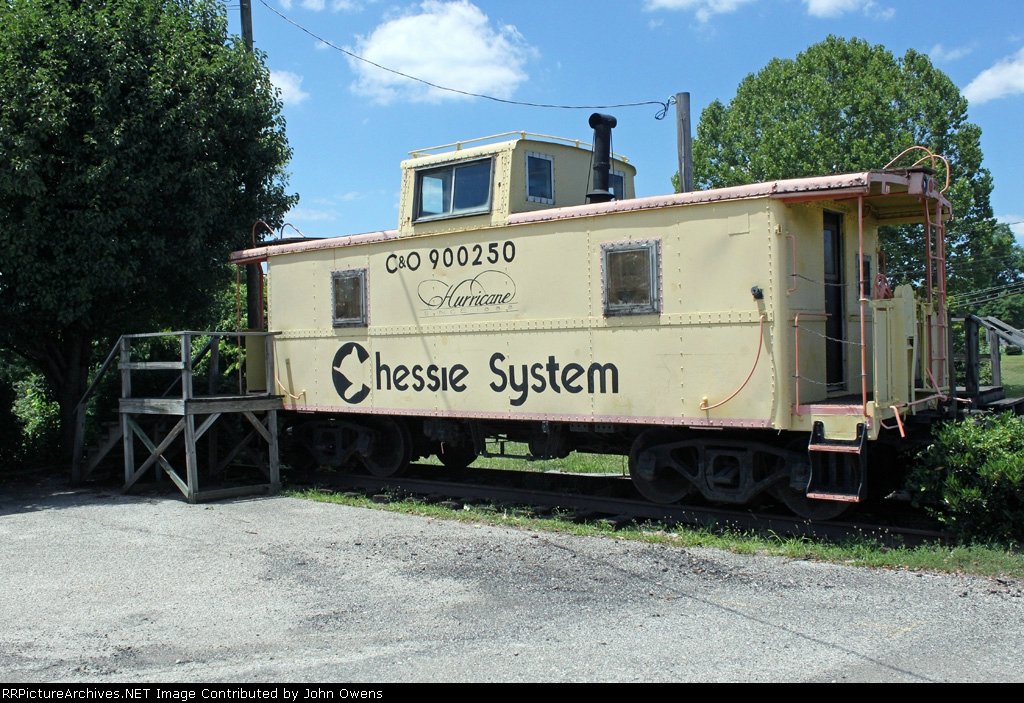 The City of Hurricane has deep ties to the railroad industry. While the community was established as early as 1811, it was the construction of the Chesapeake & Ohio Railway through the area that drove development in the city. Many hotels and stores opened to service the new and sudden influx of travelers on their way to larger destinations. The growth incurred by the railroad enabled Hurricane to become formally incorporated in 1888. In 1994 CSX Corporation donated a caboose to Hurricane in recognition of the city’s railroad heritage.

For many years train cabooses were an iconic part of the railroad industry in the United States. They originated in the 1840s when spare boxcars at the end of trains began being converted into space for the crewmen; soon train cars were being constructed specifically to be used as cabooses. They served several key purposes. A caboose would serve as the living quarters for crewmen, such as a conductor, flagman, and brakeman, and would contain features such as bunk beds, toilets and stoves. With the views offered by the caboose, crewman would observe the train as it was moving to look out for loose or damaged parts. Conductors would also use them as an office, where they could sit and do paperwork. Cabooses, especially the earlier wooden ones, could be a very dangerous workplace. If the train stopped suddenly, derailed, or experienced a rear-end collision, occupants of the caboose would face serious injury or even death. They were eventually phased out in the 1970s and 1980s due to new technology replacing many of the crewmen that would use a caboose.

Caboose 90250 was constructed around 1949 for the Chesapeake & Ohio Railway. Like most cabooses, it was painted red to make it more visible. Sometime after 1973 it was given a new yellow paint scheme when the Chesapeake & Ohio united with the Baltimore & Ohio Railroad to form the Chessie System. When the caboose was given to the City of Hurricane in 1994 it was put on display beside the Hurricane Fire Department on Main Street. In 2016 the caboose was moved to Hurricane City Park so that it would be safer and more accessible to the public. Volunteer labor and resources were used to move the caboose, while a Boy Scout repainted the exterior with its original color scheme for his Eagle Scout project. The interior was converted into a small museum with railroad artifacts and memorabilia. A handicap-accessible walking path was later built around the caboose, and a small adjacent building was added to display additional railroad memorabilia. Today the caboose is available to reserve for private tours, and is occasionally opened to the public during events such as the Harvest Festival.