The Liberty Bell is one of the iconic American historical artifacts. It was commissioned in 1751 to commemorate William Penn's Charter of Privileges (1701), which was the first constitution of Pennsylvania colony. It hung in the steeple of the Pennsylvania State House (what is now called Independence Hall; this is where colonial delegates debated and signed the Declaration of Independence and the Constitution) and is now on display inside the Liberty Bell Center at Independence National Historical Park. A verse from Leviticus 25:10 is inscribed on the bell: "Proclaim liberty throughout all the land unto all inhabitants thereof." The crack in the bell appeared in the 1830s, but the quality of the bell was suspect from its earliest day. After being recast, the colony ordered a second bell but decided to keep the original. That second bell was sold to a Philadelphia Catholic church in 1828. After an anti-Catholic mob destroyed that church and damaged the second bell in 1844, that bell was recast and is now the property of Villanova University.

The crack on the bell is the result of a series of hairline cracks, likely the result of foundry workers using inferior metals in the construction process 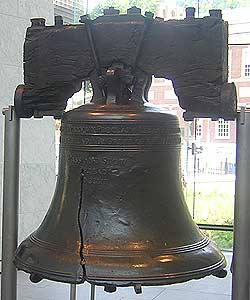 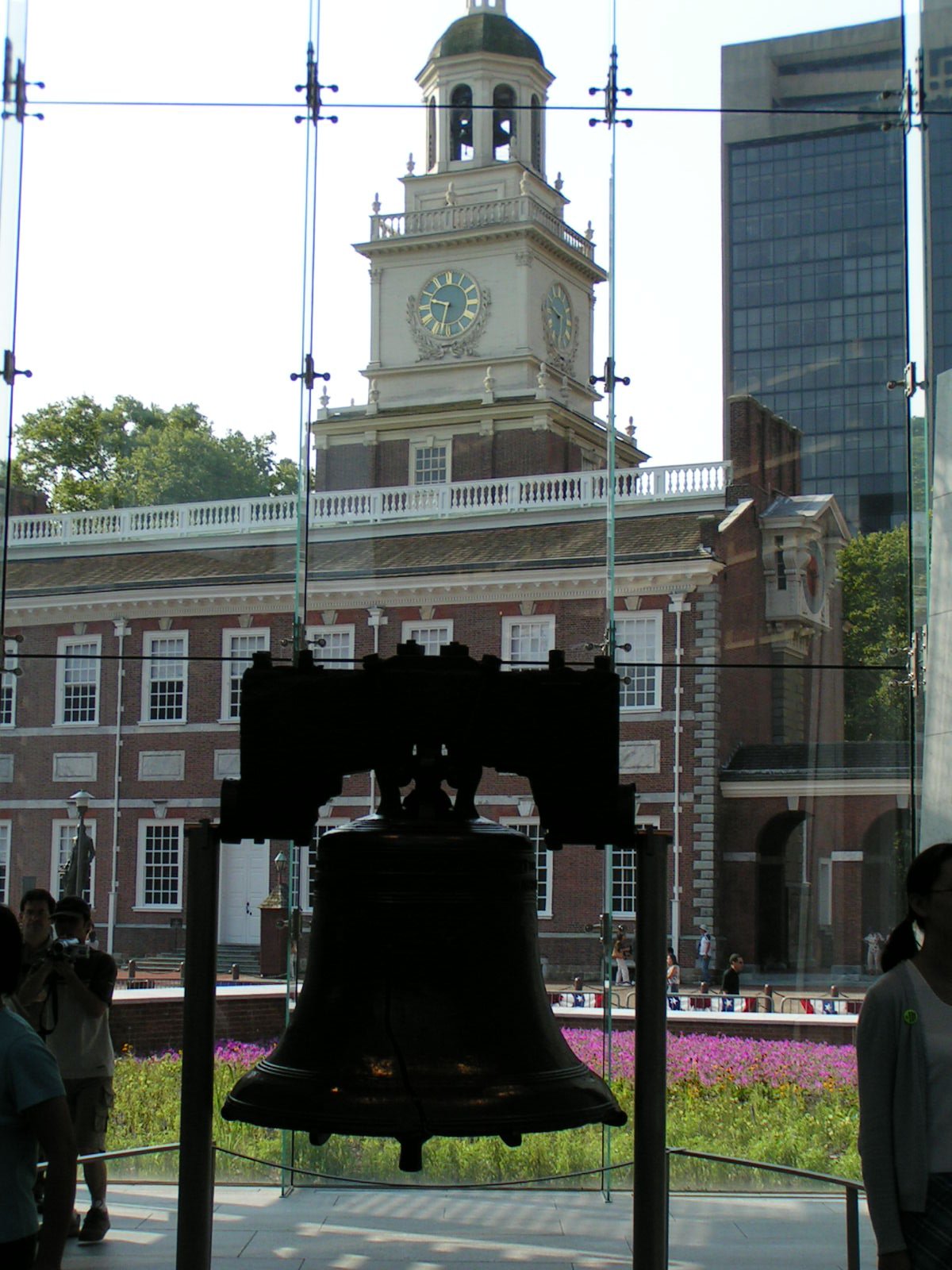 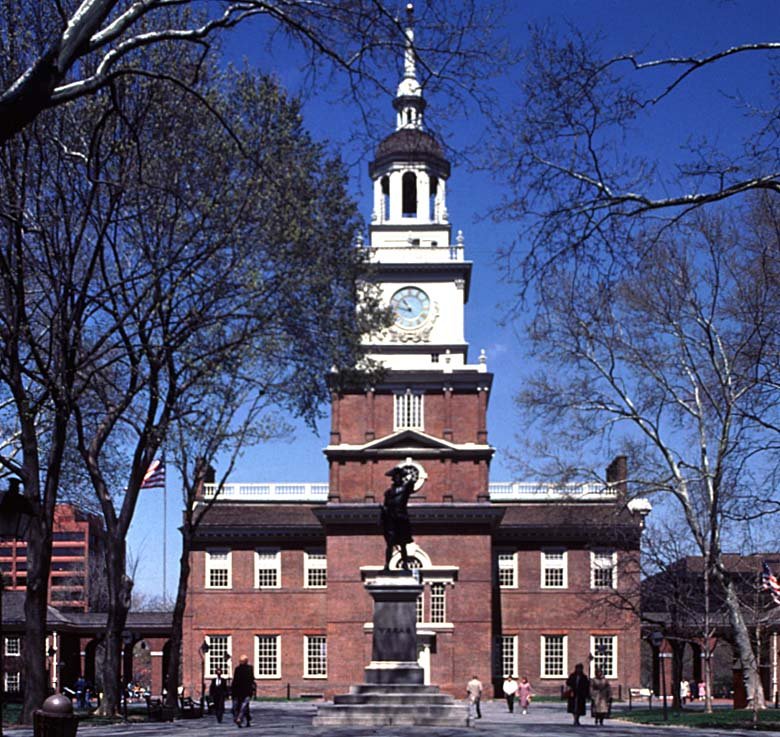 Issued in 2002, as part of the Greetings From America commemorative stamp series. This stamp includes the Liberty Bell, a prominent landmark in Philadelphia, and a cannon that represents the Civil War and the Battle of Gettysburg. 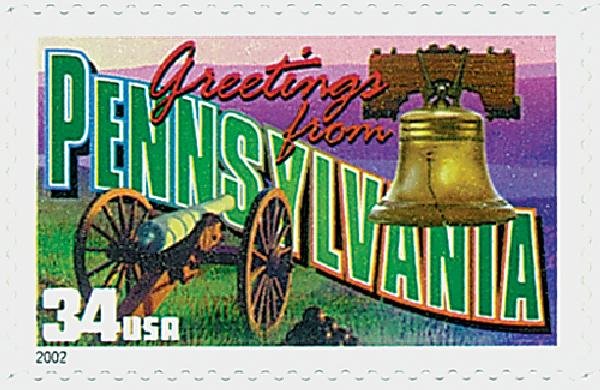 In 1751, three representatives of Pennsylvania's assembly began a successful campaign to create and hang a ceremonial bell in the State House. The bell was cast in the Whitechapel Foundry and arrived on September 1, 1752 in Philadelphia.

Speaker of the Pennsylvania Assembly Issac Norris first ordered a bell for the bell tower in independence hall and that bell cracked on the first test ring. John Pass and John Stowe, who were two local metal workers, then melted down that bell and created a new one which is what we currently know as the Liberty Bell. A thin crack emerged on the bell and though the first crack wasn't recorded it was estimated to be around 1840 after 90 years of use. Metal workers tried to fix the crack by widening it to ensure that it didn't crack any further, but they were unsuccessful and a second crack emerged going up the bell, silencing it forever.

The bell weighs over 2000 pounds and is over 13 feet in circumference. It was originally used to call lawmakers to there meetings and townspeople to hear the reading of the news. It wasn’t until almost 80 years later that bell began to become a symbol of liberty. The bell also tolled for many special events during the late colonial era and may have been one of the many bells that tolled in commemoration of the reading of the Declaration of Independence. It also probably helped spread the news of the Battle of Lexington & Concord in 1775. By 1772, nearby residents petitioned the government, asking them to stop tolling the bell so often.
The complaints likely succeeded as the bell was out of the public eye and largely forgotten during the 1800s. In the 1830s, abolitionists started referring to the bell as the Liberty Bell instead of the "State House Bell" as it was commonly known. The movement adopted eventually the bell as a symbol of their commitment to the abolition of slaves. William Lloyd Garrison even published a poem about the bell in The Liberator, his antislavery newspaper. Perhaps ironically given its abolitionist roots and the nation's retreat from liberty for former slaves during Reconstruction, the Liberty Bell embarked on a cross-country journey to symbolize unity after the Civil War. A replica bell was sent around the country during the Women's suffrage movement in 1915.
The Liberty Bell Center opened in 2003 and explores the history of the bell.
Every year on the 4th of July, descendants of the signers of the Declaration of independence have the opportunity to tap the bell thirteen times, symbolizing the freedom of the thirteen colonies.