The Montana State Capitol is one of several government buildings in the immediate area. It was designed by local architects Charles Emlen Bell and John Hackett in the Neo-Classical style which was popular during the late 19th century and was referred to as American Renaissance. The capitol was built in two phases, the first from 1899-1902 and the second in 1909. It was placed on the National Register of Historic Places in 1981.

The Montana State Capitol was built in two stages, finally being completed in 1909. 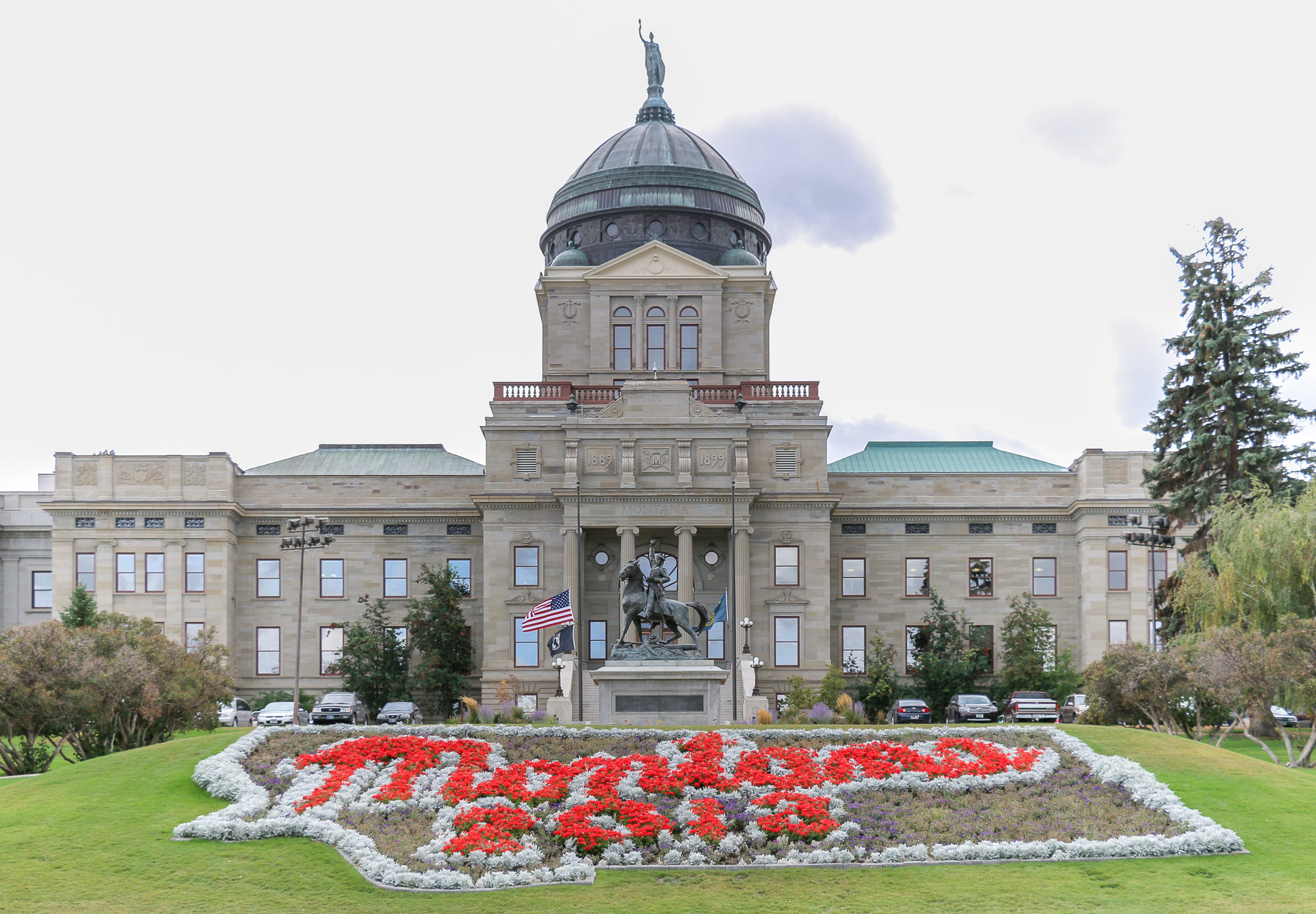 The area under the rotunda is colorful and features paintings and ornate decoration. 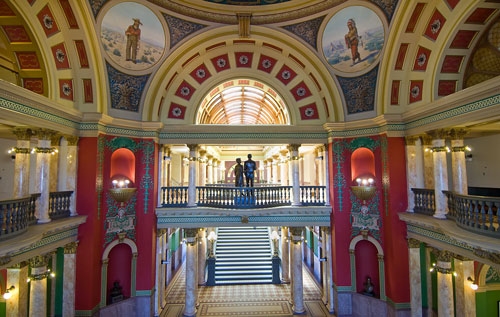 After years of intense debate, Helena was chosen to be the state's capitol. The state legislature authorized a commission in 1895 to oversee the hiring of architects and the construction of a capitol building. Although initially successful, the commission fell apart due to funding problems. A second commission was formed in 1897 and was ultimately successful. The center portion of the building was constructed in the first phase and the east and west wings were added in 1909.

Tours are one hour in length. To arrange a tour, presentation, or both, contact: Montana Historical Society Deb Mitchell, Program Specialist 406-444-4789, dmitchell@mt.gov