Constructed in 1825, the original Cape Florida light guided ships along the Florida Reef. This lighthouse was involved in a battle during the Seminole Wars in 1835 and was repaired in 1846. The tower was renovated and raised to 95 feet in 1855. During the Civil War, Confederate sympathizers destroyed the lamp and lens. The light was operated until 1878 when it was taken out of service for a hundred years with the exception of a few months in 1898 due to fears of a Spanish attack during the Spanish-American War. The Coast Guard restored the light back to active service between 1978 and 1990, adding an automated light to aid fishermen and recreational boaters. In 1996, the light was again put back into service. To this day, the Cape Florida Lighthouse is the oldest standing structure in Miami-Dade County. 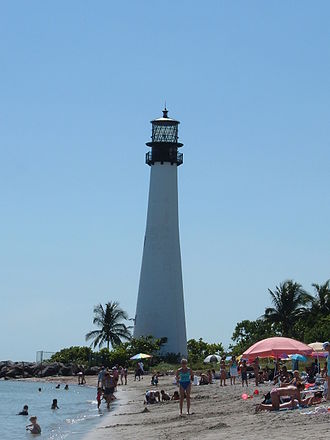 Network to Freedom Trail sign commemorating hundreds of Black Seminoles who escaped from Cape Florida in the early 1820s to the Bahamas. 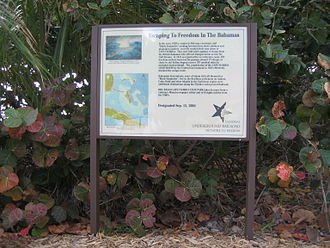