The Coral Gables Museum was opened in 2011 as a historical civic and architectural center. Focusing primarily on the history of Coral Gables and the surrounding communities, in addition to providing historical context for the planned nature of the city, the museum also serves as Coral Gables’ Visitor Center. The museum is located in the historic Coral Gables Police and Fire Department building, which was constructed by the Works Progress Administration in 1939. The museum’s permanent exhibit, “Creating the Dream: George E. Merrick and his Vision for Coral Gables,” informs the public about Coral Gables’ history. Temporary exhibitions explore other aspects of the local area and are complemented by educational and cultural events.Placeholder

Facade of the Coral Gables Police and Fire Department building. 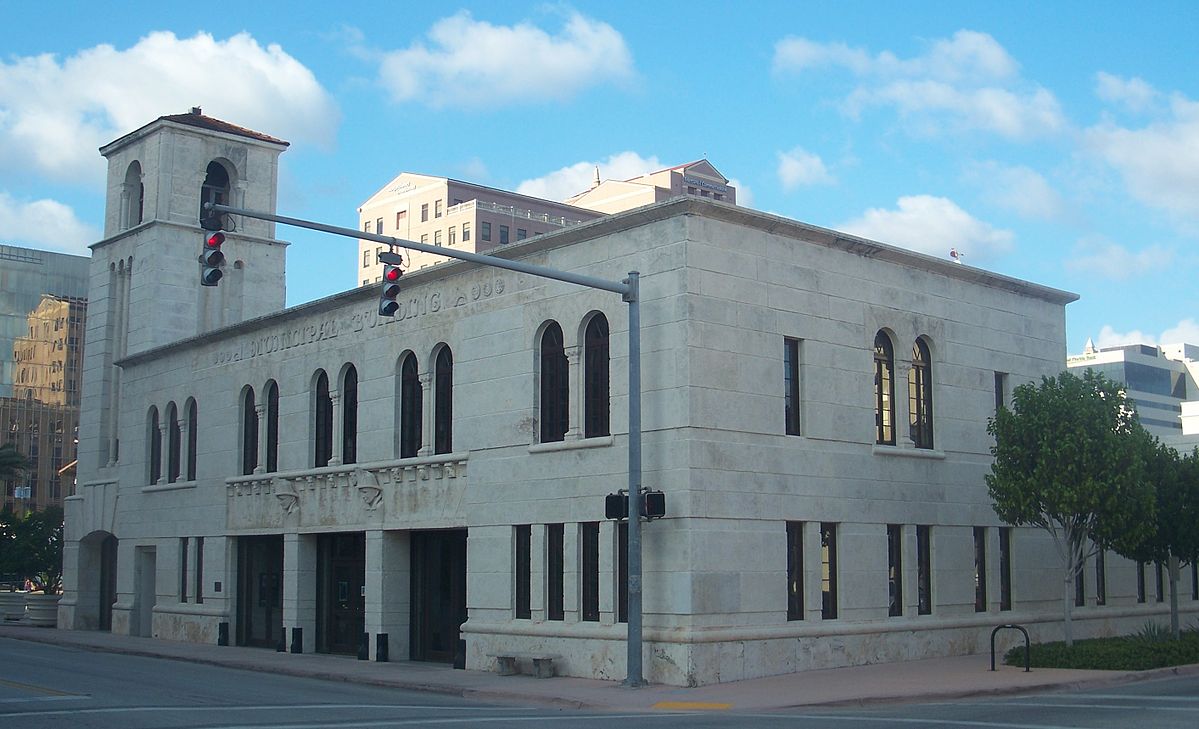 Theresa Keller's Depression Moderne sculptures of firefighters on the facade of the building. 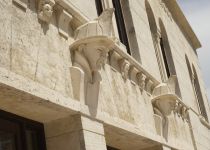 New alternate entrance to the building. 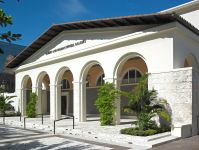 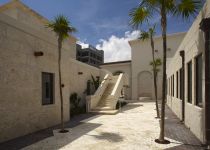 A gallery in the museum after renovation. 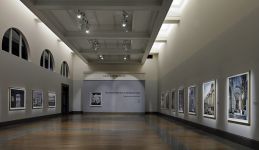 The museum's "HEADLINES! Unfolding 117 Years of History with the Miami Herald. 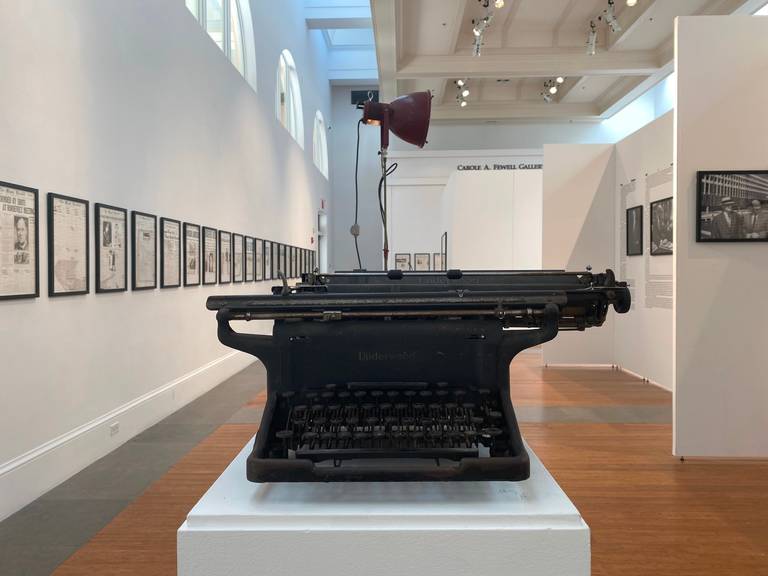 The city of Coral Gables was the brainchild of George Merrick, a wealthy real-estate developer. The area was meticulously planned and aggressively marketed to northerners looking for a southern winter home. Heavily inspired by the City Beautiful Movement, Coral Gables is often referred to as “The City Beautiful” for this reason. Incorporated in 1925, the city is often considered one of the most successful planned communities in the United States. The Coral Gables Museum occupies the former Coral Gables Police and Fire Department. This building was created in 1939 as part of the Works Progress Administration and replaced a smaller interim building. The city of Coral Gables provided the land and approximately thirty percent of the funding, while the federal government provided the other seventy percent of construction costs.

In addition to the authenticity of the architecture, the Police and Fire Department building is also notable for Depression Moderne sculptures commissioned from Theresa Keller. Keller — who worked under the name Jon Keller — created the sculptures in a Depression Moderne style. This style incorporates elements of Beaux-Arts and Art Deco, but tempers design flairs through more classically inspired elements. Keller’s monumental busts of two firefighters grace the primary facade of the building, while a group of five pelicans flank the entrance.

A courtroom addition was made to the Coral Gables Police and Fire Department building shortly after construction completed, but since then there have been no major exterior modifications. The building continued to serve as a base for the police and fire departments until 1975. After this, the city of Coral Gables maintained ownership of the building and housed civic offices there. In the mid 1990s, Coral Gables Commissioner Wayne Withers expressed interest in hosting a museum in Coral Gables. There was significant community interest, and Withers considered the former Police and Fire Department building to be a perfect location for the new museum. In 2003, the Coral Gables Museum Corporation was formed as a non-profit. The first step in the creation of the museum was rehabilitating the building. Coral Gables Historical Resources Department received grants for over $1.5 million dollars, which allowed the Museum to hire architect Jorge L. Hernandez. Construction began in 2008, and a 3,000 square foot gallery and 5,000 square foot plaza were added according to Hernandez’s plans. The Coral Gables Museum opened to the public three years later, in 2011. The building is now one of a few historic buildings in the United States that is LEED certified.

The Coral Gables Museum focuses primarily on the history and architecture of the city of Coral Gables. One attraction of the museum is its location in the historic Police and Fire Department building. Visitors have the opportunity to view former jail cells, the courtroom, and Theresa Keller’s sculptures. The museum’s introductory permanent exhibit is titled, “Creating the Dream: George E. Merrick and his Vision for Coral Gables.” Travelling and temporary exhibitions are mainstays of the museum, which has hosted collections of work such as “Outside Entwined,” “Miracle Mile: The Evolution of a Street,” and “HEADLINES! Unfolding 117 Years of History with the Miami Herald.” The museum also sponsors a variety of lectures, film screenings, workshops, artists-in-residence, and other educational programs. These programs range from school tours, to family days, to special resources for educators. In 2013, the Coral Gables Museum also became the Official Visitor Center for the City Beautiful.