Hansford Elementary School in St. Albans, WV was built in 1919. After opening in 1920, the elementary school became part of massive, violent protests that swept through the county and made national headlines in order to censor books that today are common reads. In an era of conservatism where sex education was frowned upon and racist ideals were widely accepted, authors such as Malcom X, George Orwell, and Sigmund Freud caused disruptions within the Kanawha County education system that lasted for years, garnering involvement from groups such as the KKK and causing shootings and bombings. The chaos ultimately led to the school board submitting to the will of angry parents in a time when women’s and anti-racism movements had not yet affected the entire country. The Kanawha County Board of Education succumbed to the damage of protests and loss of attendance, and consolidated schools in 1977, around the end of the protests, at which time Hansford Elementary was closed. Only a portion of the original school stands today. It is currently the Hansford Center, a senior citizen center owned and operated by the city of St. Albans. 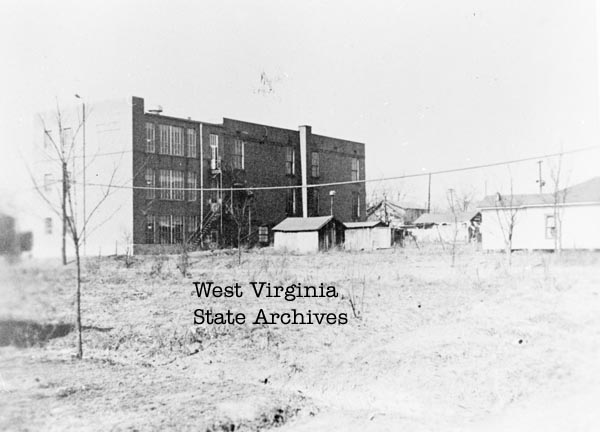 Members of the textbook selection committee testify before a National Education Association panel in December 1974. 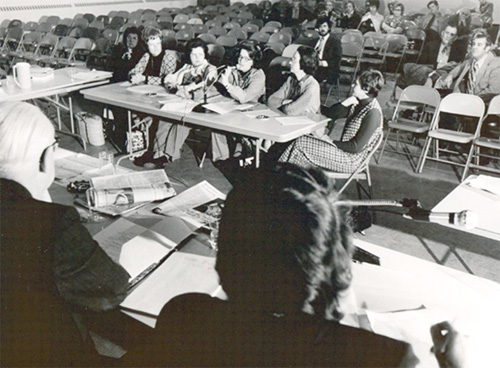 On November 9, protesters take to the streets the day after the school board reinstates the books. 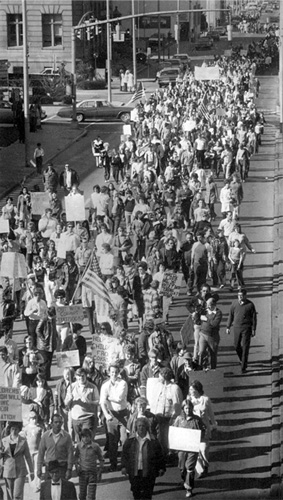 At the pivotal June 27 meeting, Alice Moore reviews transcripts as protesters watch through the board office auditorium windows. She originally ran on the platform that sex education should not be taught in schools. 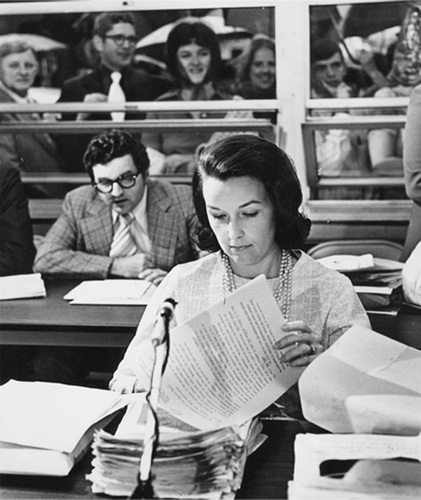 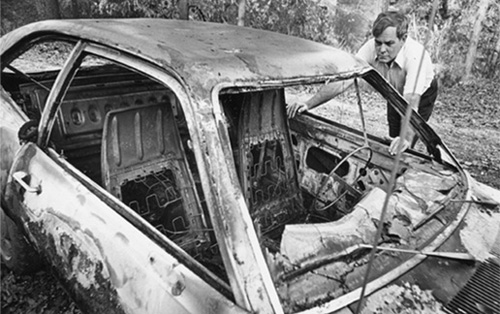 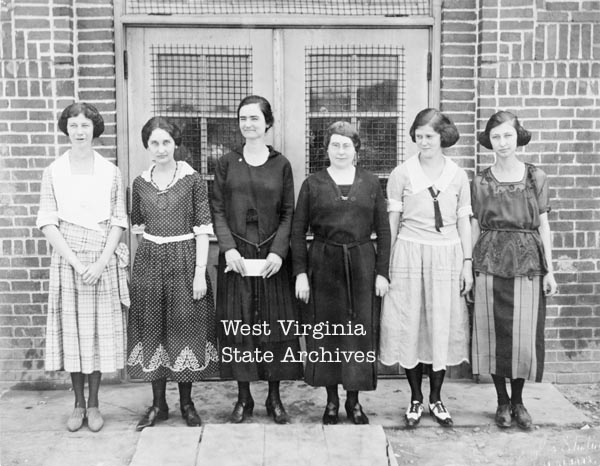 Some 1,200 students walk out of Charleston's George Washington High School to protest the board's decision to remove the textbooks. 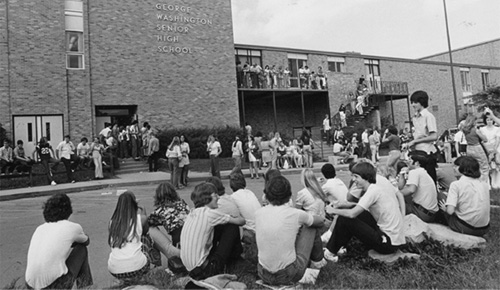 The Rev. Ezra Graley protests the textbooks and holds up one of the books in question-Communicating, part of the D. C. Heath English series. 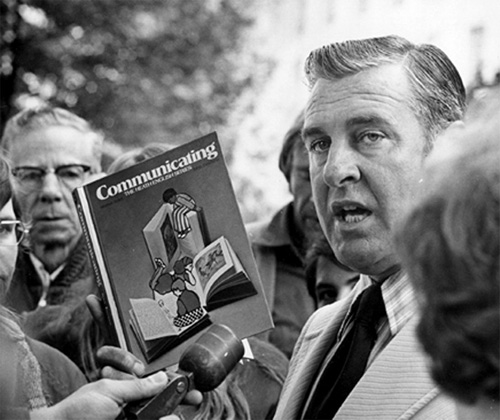 New York Times page from October 8, 1974 about the textbook protests 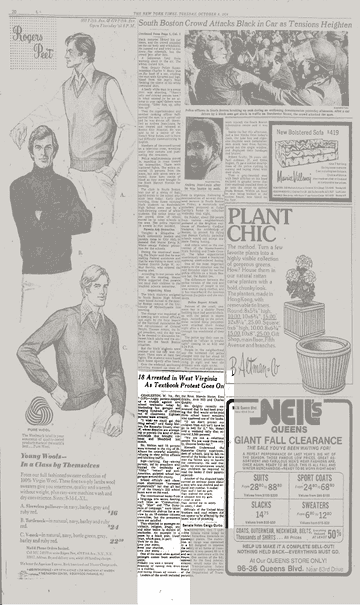 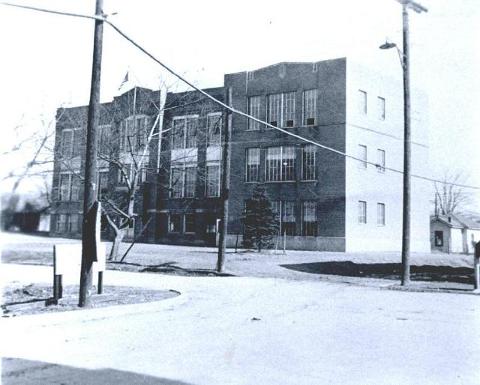 Hansford students awaiting the arrival of President Jimmy Carter at the Kanawha Airport. 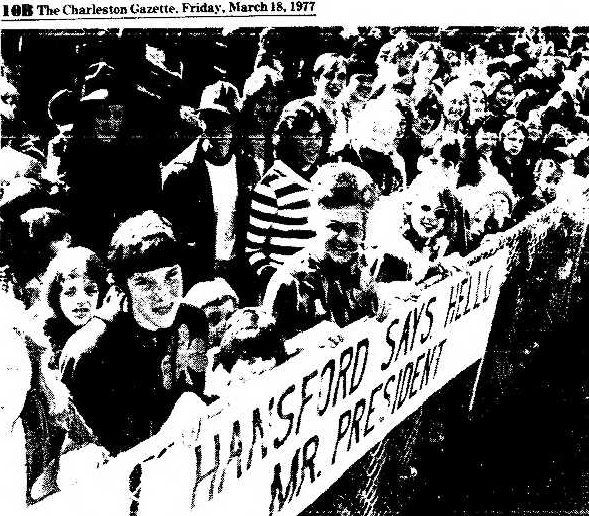 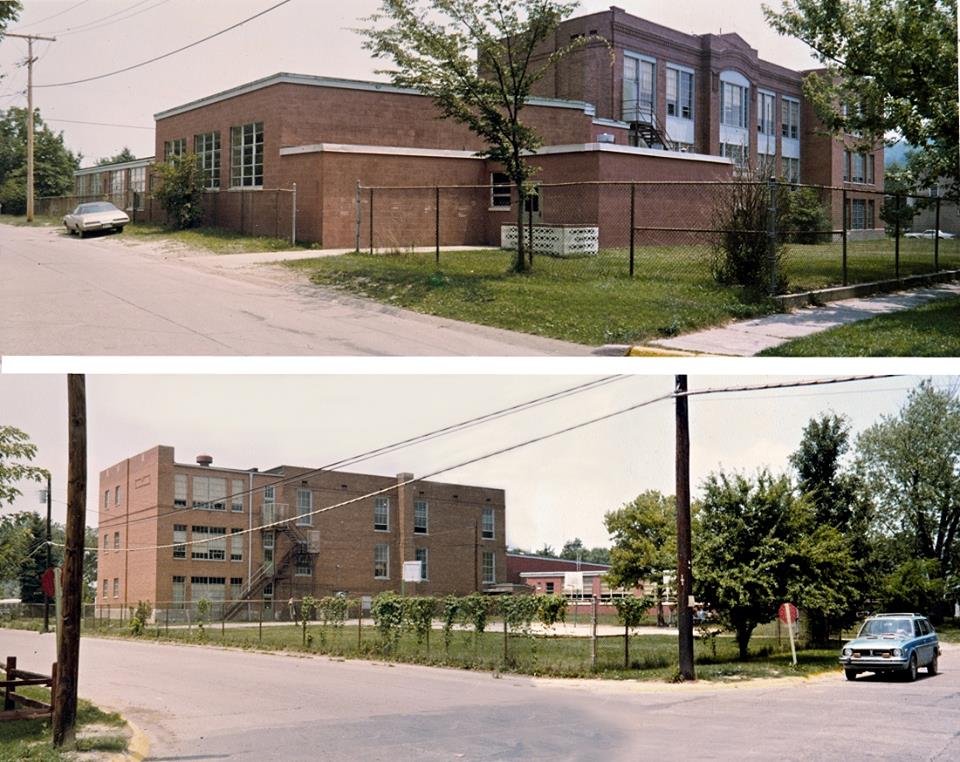 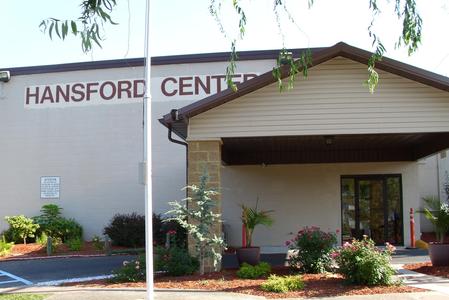 Hansford Elementary School, a school attended by current St. Albans Mayor David James Scott, was among the first schools in St. Albans, WV when it was built in 1919. The school was ready for occupancy in December that year, and by the next month, January of 1920, the school opened and accepted students under Barbara White as the principal. The school initially had 135 students from grades one through six. By 1930, the school population had increased enough that an additional room was required to house more than 200 students, and an addition to the building was made to serve their needs. Throughout the decade, the school saw more students each year as the population of the surrounding areas increased. By 1947, 418 students attended Hansford Elementary, with 350 students residing in city limits and the other 68 students being bused in from the Spring Hill area. There were then 12 teachers at the school, doubled from the 6 who taught at the school in 1934. In 1946, to accommodate the school's continuing growth, the Kanawha County Board of Education approved the purchase of an 8-room house adjacent to the lot the school was on.

From its opening in 1920, the number of children attending the school had more than tripled. The growth continued throughout the 1950s, with a consistent addition of about 15 students per year, which was attributed to the growth of the chemical industry and Chemical Valley. This resulted in the expansion of suburbs in areas such as Saint Albans. West Virginia’s population peaked around that time, with a little over two million people living in the state at the time of the 1950 census. However, the school declined in population over the next two decades, highlighted by the 1975 to 1976 school years which saw only four students transfer into Hansford, while thirty-seven students transferred out.

In 1974, the Kanawha County Board of Education unanimously decided to adopt 325 recommended books for the 46,000 students across 124 public schools in the district at that time. The selection included works such as Animal Farm by George Orwell, The Crucible by Arthur Miller, the Autobiography of Malcom X, and works from “father of modern psychiatry” Sigmund Freud, Black rights advocate Eldridge Cleaver, and poet Allen Ginsberg. However, the decision was met with harsh criticism and years of protests that ultimately caused a large enough disruption to cause some schools to fail. A month after the decision, board member Alice Moore challenged the content of the books, both for their language and the topics they covered. A conservative and strong opponent of sex education, Moore, with the help of 27 ministers, caused a delay in the purchase of the textbooks, backed by petitions that garnered signatures of over 12,000 residents.

By the opening of school that year on September 3, attendance had already diminished 20 percent. After a 3-2 vote to buy the books anyway, protests reached businesses, plants, and even mines, where 3,500 workers participated in a sympathy strike. Although the Kanawha Circuit Court prohibited protestors from interfering with school board operations, their outrage could not be ignored. Violence erupted in the forms of shootings, fires to cars and homes, and schools being dynamited and vandalized, during which time the New York Times reported on October 8 that 18 protestors were arrested. The school had only closed for four days on September 12.

People were demanding resignations and calling for the death of the three board members who approved the texts, and denied proposals to put the books in public libraries to be accessed only with parental permission. A proposal based off Moore’s agenda to ban any texts that “pry into home life, teach racial hatred, undermine religious, ethnic, or racial groups, encourage sedition, insult patriotism, teach that an alien form of government is acceptable, use the name of God in vain, or use offensive language,” (10) was also rejected.

Violence continued into the following year. Extremist groups soon became involved with the issue, such as the Ku Klux Klan and John Birch Society. This fueled tensions further, and Reverend Marvin Horan was sentenced for plotting to bomb the schools in 1975. After his sentencing, the violence lapsed, but sporadic protesting continued through 1977, effectively leaving an entire school district in disarray. Eventually, the school board and several committees of families agreed to abide by most of Moore’s stipulations, and the majority of the controversial books were put into libraries to be checked out only with parental permission.

In 1977, the Kanawha County Board of Education looked to close and consolidate schools across the county to save money. The Hansford Elementary School was selected to be closed along with several others, and it was expected that the total savings would amount to a little over $243,000, with approximately $175,000 coming from shedding workers’ salaries and benefits. The closing of Hansford itself saved the Board $8,522. Hansford PTA President Patrick Hart presented a petition signed by 320 to the board asking for the school not to be closed but to no avail. The remaining students were assigned to other schools, most of which went to Central Elementary, which was originally built in 1900 before it was demolished and rebuilt in 1963. Others went to Highlawn and Belvil.

Upon its closing, the city of Saint Albans was quick to purchase the building from the board for $160,000, of which $145,000 came from a grant by the U.S. Office of HUD, with the remaining funds from the St. Albans Library Board. The building was partially demolished in 1990, then opened as the Hansford Community Center to accommodate a senior citizens’ center as well as youth recreations, which it still does today.