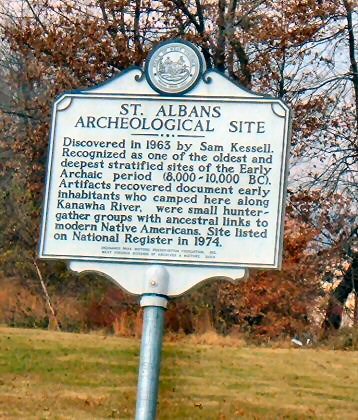 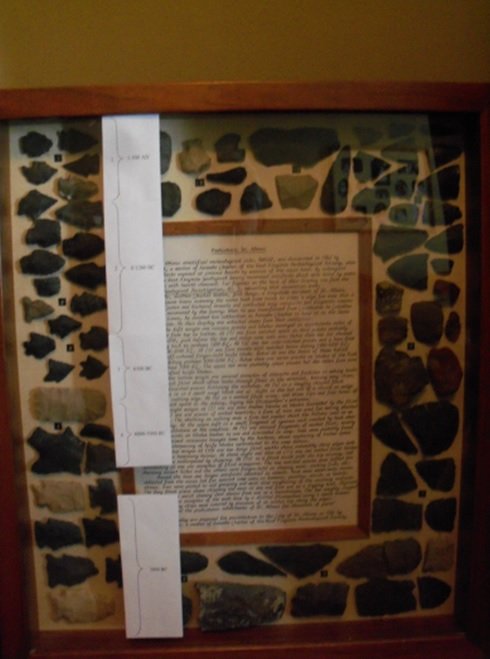 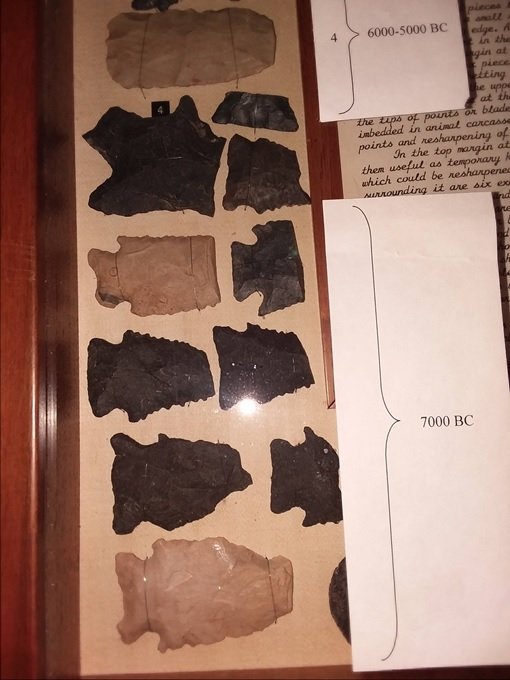 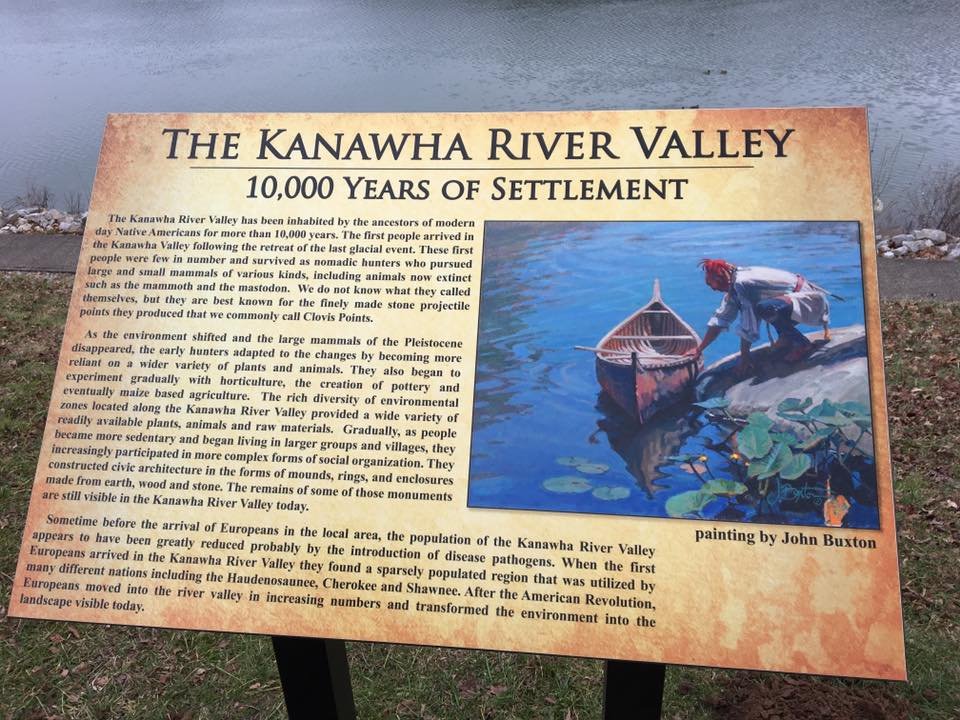 In 1963, Samuel D. Kessell found artifacts on the Kanawha River bank near the West Virginia State Department of Highways maintenance garage on MacCorkle Avenue SW, St. Albans, WV. After excavations organized by West Virginia Archaeological and Economic Survey (1964-1966), Marshall University, Cultural Analysis Inc., and colleges in Michigan and North Carolina (through the 1990s) it has been determined those artifacts are 8,000 to 6,000 years old. It was placed on the national Register of Historic Places in 1974.

“Discovered in 1963 by Sam Kessell, recognized as one of the oldest and deepest stratified sites of the Early Archaic period (8,000 – 10,000 BC). Artifacts recovered document early inhabitants who camped here along the Kanawha River were small hunter-gather groups with ancestral links to modern Native Americans. Site listed on National Register in 1974”

Among the many artifacts found there were only seven different types of projectile points. This site has helped us to understand the early Archaic Period and the early inhabitants of what is now St. Albans, WV.

These seven points were: