Castle Rock was a landmark on the Butterfield Overland Despatch route (Overland Trail). The chalk was deposited in the area by an ancient inland sea. The formation was formed by the weathering of the chalk by wind and water. It received its name because it is said to look like a castle rising above the prairie. Weathering of the rock formation is increasing due to visitors climbing on the rocks. In 2001, following a thunderstorm, the tallest spire fell. 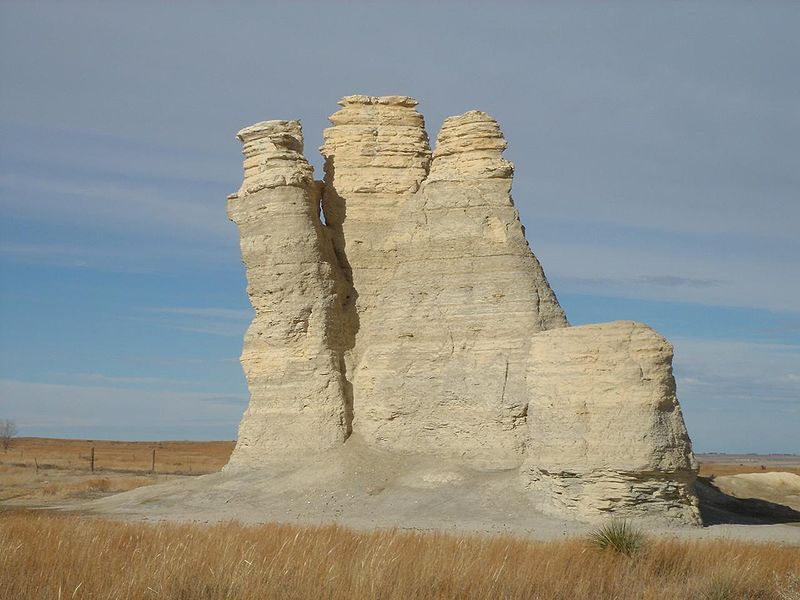