Building A (Photo courtesy of Lindsey.edu) 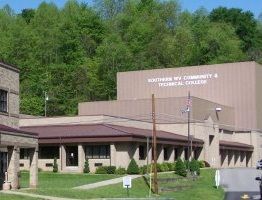 Building B (Photo Courtesy of (http://mark.space.4goo.net/photos/10015760?q=Southern+West+Virginia+Community+and+Technical+College) 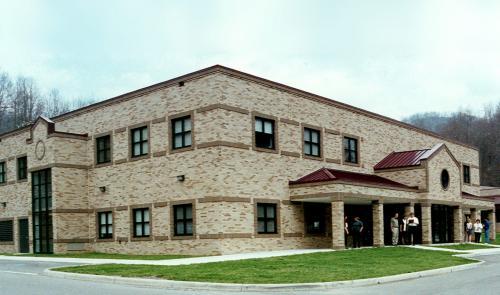 Southern West Virginia Community College has been a comprehensive community college since July 1, 1971. It is made up of two consolidated branches of Marshall University that were originally located in Logan and Mingo Counties. The Logan campus has been in existence since 1963 when it was a branch school for Marshall University. The school (under Marshall) originally offered two year liberal arts degrees, as well as teacher education. In 1971, construction was completed on the campus in Williamson, and these two campuses became Southern's first campuses.

In 1976, the West Virginia Board of Regents established formal service areas, showing where each university had preeminence. Southern was assigned almost 2,000 square miles, including the areas of, but not limited to, Boone, Logan, Mingo, and Wyoming counties. And since the 1980s, Southern has had an agreement with the government of Kentucky in which students from Martin and Pike counties are able to attend Southern for the same price as students living in-state.

In 1995, the West Virginia State Legislature passed SB-547, and changed the names of all community colleges to "emphasize their technical components." So Southern's name was Southern West Virginia Community and Technical College. Also as a part of the senate bill, Lincoln, McDowell, and Raleigh counties were added to Southern's district.

The enrollment expansion led to an addition of programs. They also created educational agreements with several public and private colleges so that students attending Southern can get a bachelor's or master's degree. In 2013, Southern opened a state-of-the-art Allied Health Applied Technology Center on their Williamson campus.

Southern is constantly striving to be part of community health and growth, participating/hosting events such as a candlelight vigil, Harmony 365, charity events, and more.