Battles, baseball, and instruction are all huge parts of the history of Midelburg Island, or as it is locally known, simply "The Island." 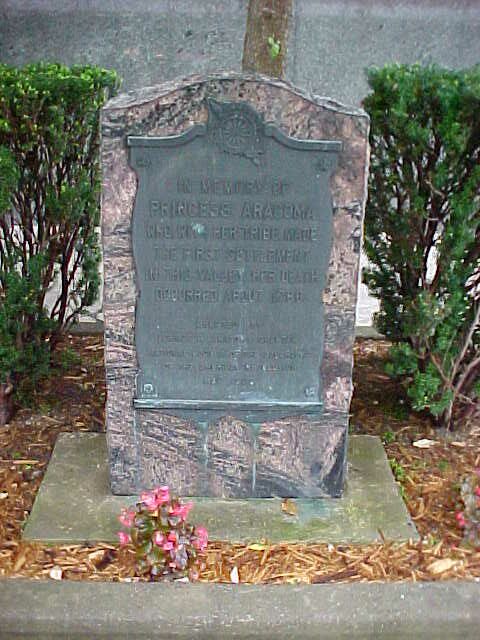 An aerial of the Island.

Originally the hunting ground of the Native American Mingo tribe located in Logan, West Virginia, the Island has a very important history in the coalfields. The year was 1779 when John Breckenridge and some of his scouts had made their way to the area which would eventually become the city of Logan. They noticed off in the distance something that looked like an island. On this island were some rolling hills, and also 10 Indian lodges. Mr. Breckenridge waited for more of his forces to arrive, and late at night they attacked the Native Americans.

The Native Americans caught onto the invading European "pale-faces" and headed to the river bank of the Guyandotte. Many were able to escape on their canoes, but six Native Americans were killed, ten were wounded, and the rest were captured. One of the injured was a woman who, based on her outfit and actions in the "Battle of the Island," was assumed to be a leader of this tribe. That proved true. Princess Aracoma was the daughter of Chief Logan, for whom the city is named. The woman made a very famous speech right before she died, and said the following:

“My name is Aracoma, and I am the last of a mighty line. My father was a great chief and a friend to your people. He was murdered in cold blood by your people when he came to them as a friend to give them warning. I am wife of a pale-face who came across the great waters to make war on my people, but came to us and became one of us. I am dying, bury me with my face toward the setting sun, that I may see my people in their march to our happy hunting grounds. For your kindness, I warn you to make haste in returning to your homes, for my people are still powerful and will return to avenge my death.”1

During the early 20th century the Island was home to the a minor league baseball team, the Logan Indians (owned by the Cleveland Indians). The Island is now home to Logan High School, Logan Middle School, and Logan Elementary School.