To spare the locals from having to drive through the water, this bridge was built in 1922, and is the only remaining suspension bridge in the area. Second to none in the category of uniqueness, locals raised the money, and volunteers built the bridge that still stands nearly 100 years later. The Duck Run Cable Suspension Bridge served the community for 70 years. In 1992, a new bridge was built adjacent to this historic bridge. Although out of commission, the Duck Run Cable Suspension Bridge stands today overlooking the Little Kanawha River. 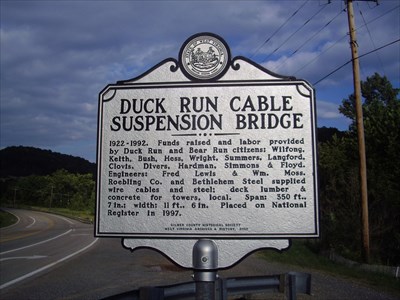 Although the bridge seems to be overgrown, the foundation still looks relatively stable. 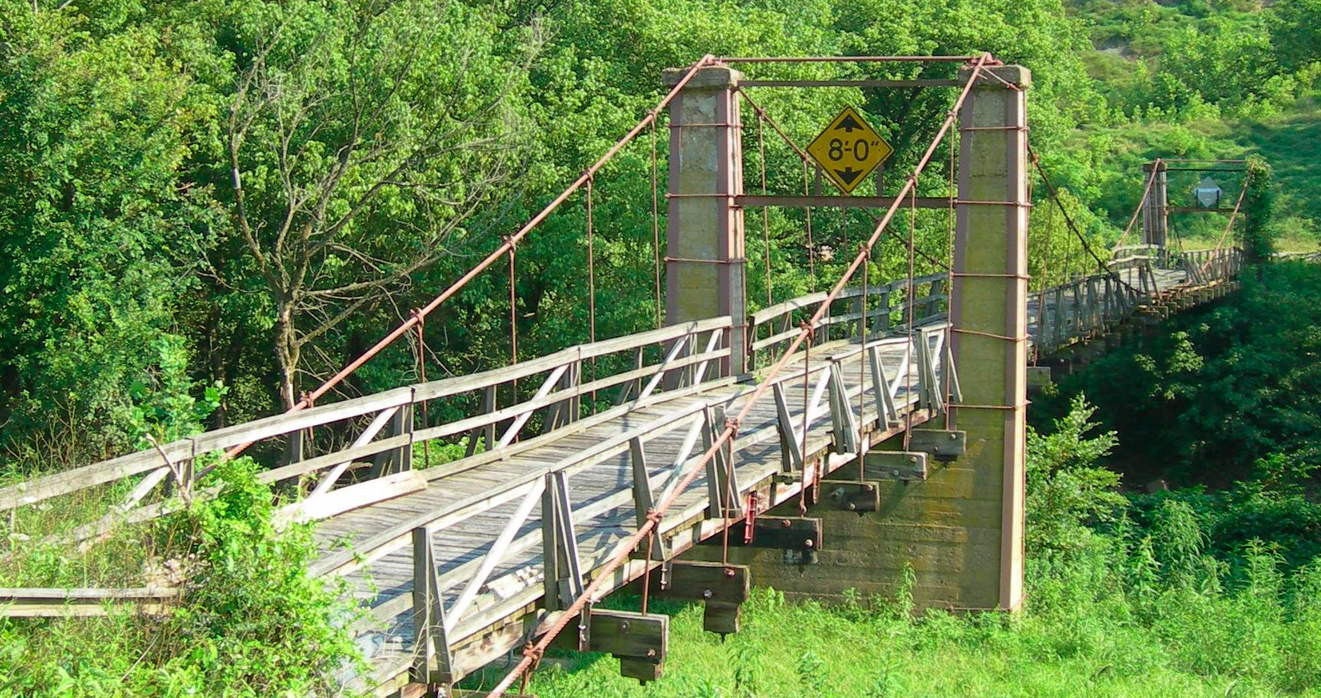 The bridge seems to be blocked off to the public, which shows a recreational area is still pending. 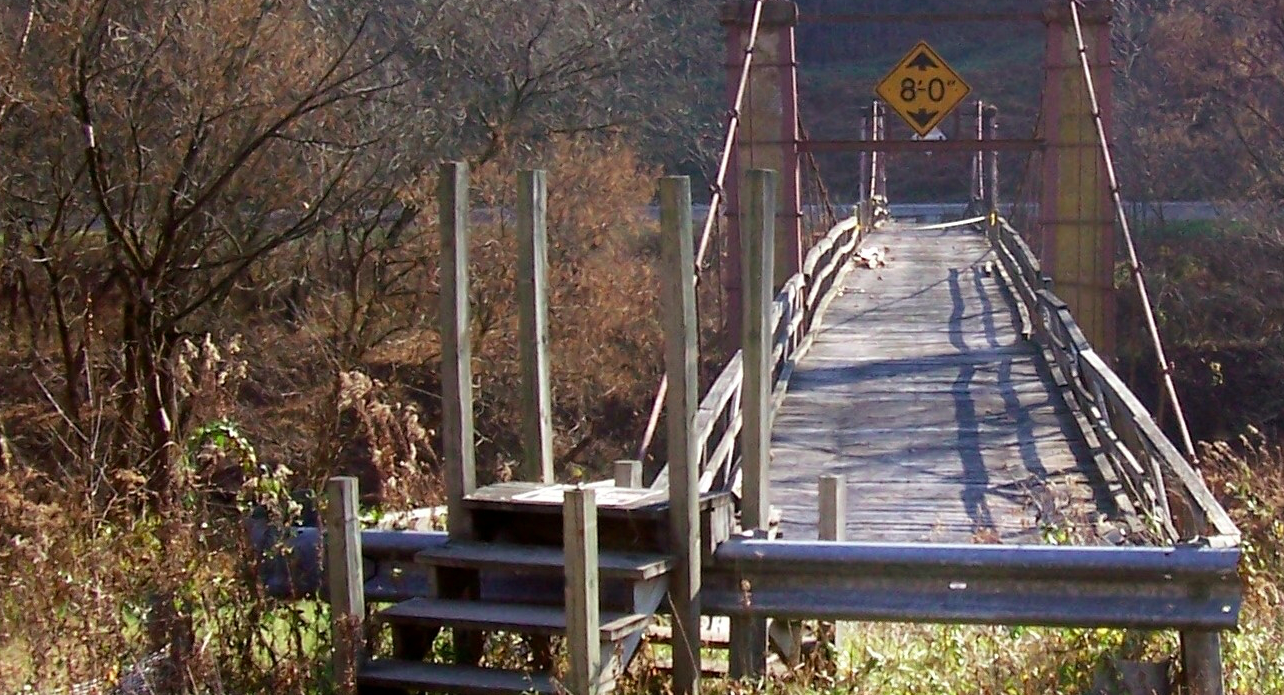 Around 1918, James W. Keith a resident of Duck Run Road began soliciting the county to install a bridge over the Little Kanawha River after his purchase of a new car. Prior to the installation of the bridge, residents had to quite literally drive through the river using a ford that most certainly got James W. Keith’s wheels wet. At the time Gilmer County did not have the funds to host the project, so the locals took it upon themselves to raise the money needed. Keith was able to get fellow neighbor M.B. Summers along with other locals in Duck Run and Bear Run to raise money through raffles, yard sales, cake walks, etc. A deed dated February 4, 1921 gave permission from the landowner, E.W. Floyd & family for the bridge to be built.

Along with the petitioning of James W. Keith, the Duck Run Cable Suspension Bridge outlines the initiative of the National Good Roads Movement following World War I. This was a nation-wide attempt to establish paved roads and bridges in rural America. The need to connect roads and bridges was spurred by the fear of a German invasion and the Bolshevik Revolution in Russia. Many bridges and roads similar to the Duck Run Cable Bridge began construction shortly after World War I.

The bridge was finished in 1922 by the employment of volunteer labor. Two Gilmer County engineers by the names William M. Moss and Fred Lewis helped design the Duck Run Cable Suspension Bridge. The concrete for the bridge was mixed on the spot using sand and gravel from the Little Kanawha River. Additionally, the wood was purchased locally and brought in. The main cables, suspenders, clamps, and fittings were produced by prominent steel manufactures, Roebling and Bethlehem Steel Companies. Steel cable suspension bridges were a cheap, yet effective way to move traffic across a waterway.

The entire length of the bridge stretches to 351 feet 7 inches. The steel cables are supported by two concrete towers located on each side of the river. The wooden bridge is made up of 4 inch by 8 inch wooden planks on top of a pair of 3 inch by 12 inch wooden floor beams. The wooden beams are 14 feet 1 inch long. The beams are then supported by the wire rope. In 1958, the deck of the bridge was replaced for reinforcement. Later on, wooden railings were also added for extra support and safety.

The Duck Run Cable Suspension Bridge was used for 70 years when it was finally decommissioned in 1992. A cement bridge was built approximately 500 feet on down the road that sees the daily drivers of today. There are a few bridges that cross the Little Kanawha River as it flows into the Ohio River, but there are no other suspension bridges in this area. According to the National Park Service in 1997, there was talk to develop a recreational area around the bridge, but there does not seem to have been much backing behind it. The Duck Run Cable Suspension Bridge serves as a historical monument for Gilmer County residents, and local historians alike.