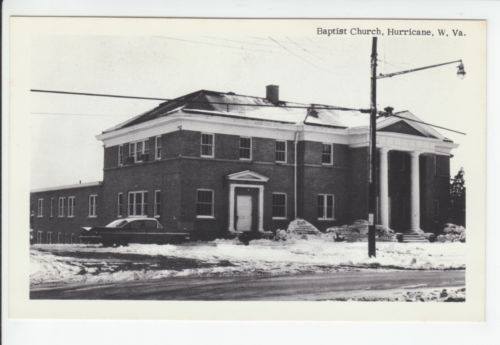 The church at its old location 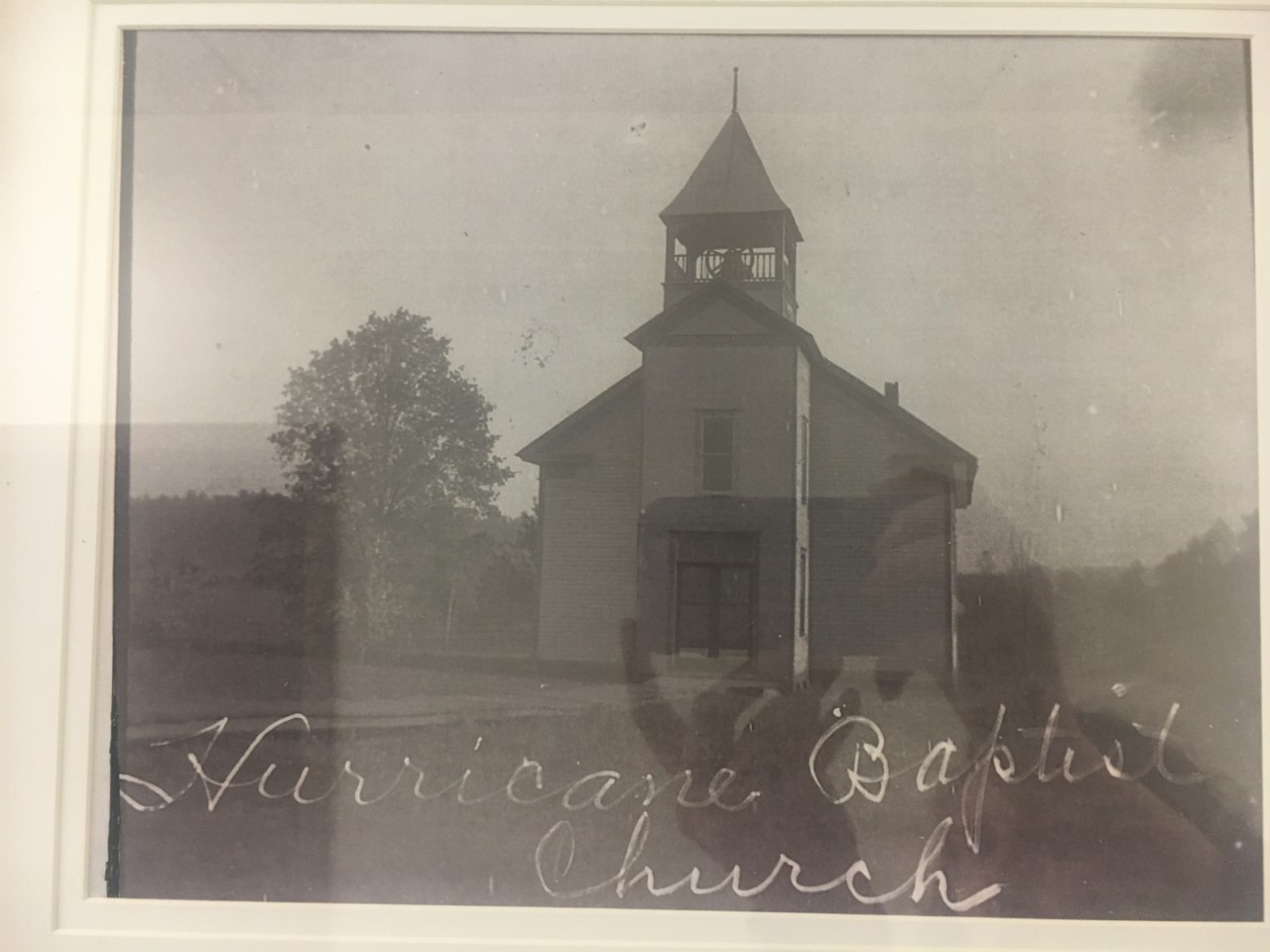 The new church building with the congregation 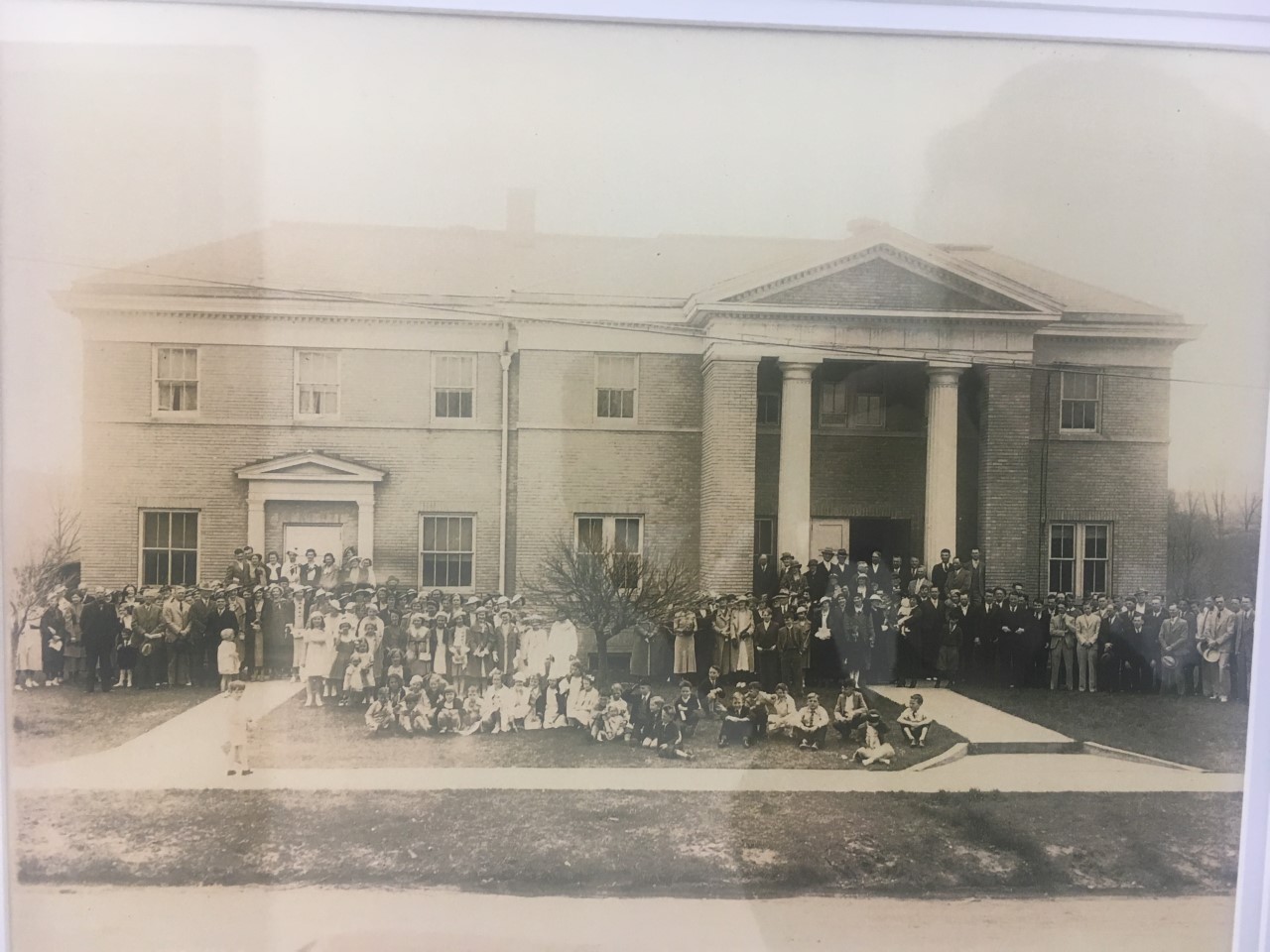 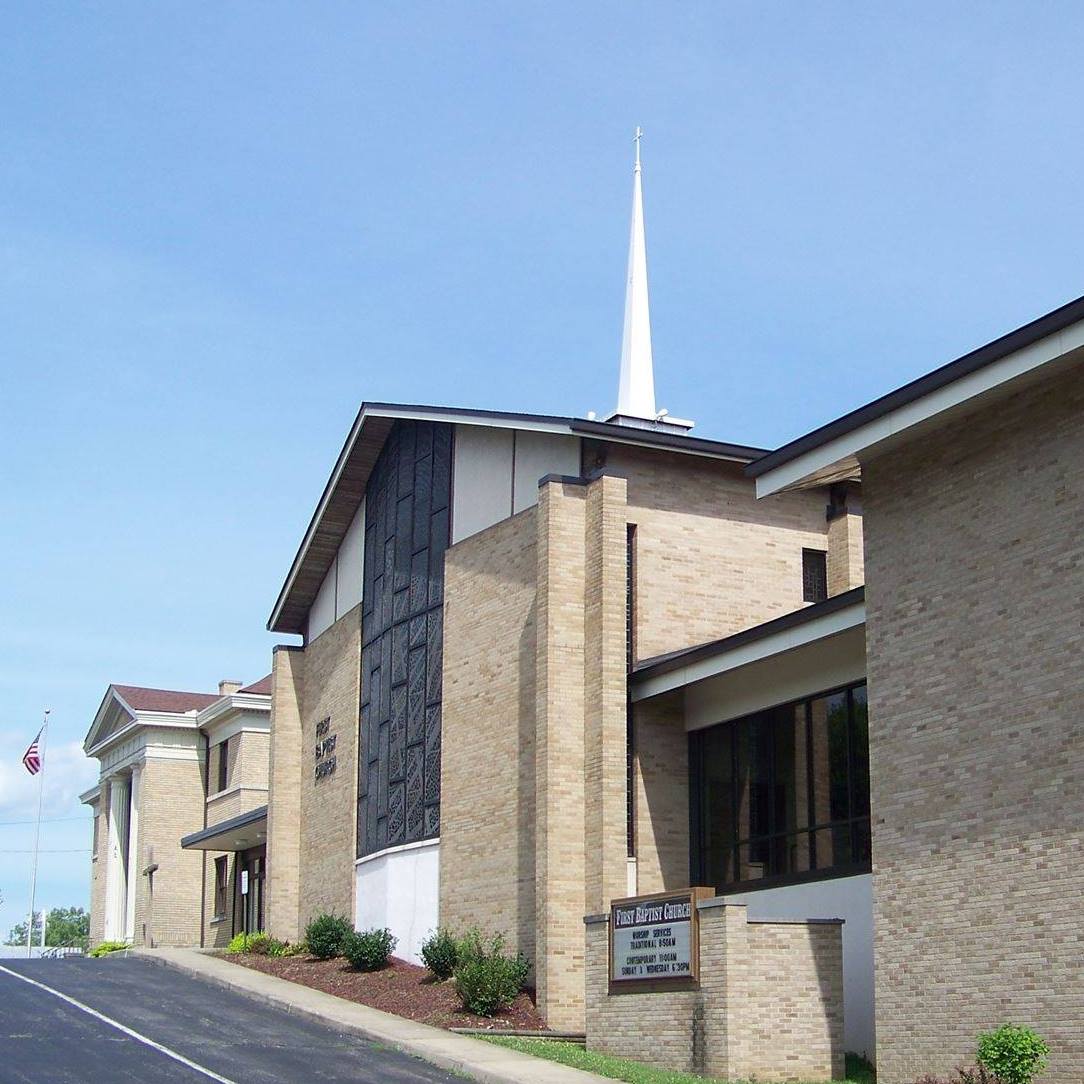 Hurricane Baptist Church was established on May 26, 1860. It was a simple log cabin, used for worship and Sunday School for the local community located near the Old Hurricane Bridge. Historians believe that Morris Reece was the first pastor of the church, but records and most locals say that L. E. Peters was the first pastor. In 1863, Civil War soldiers fought in the surrounding area and burned down many buildings in the area, including the church. The congregation was then scattered.

It wasn't until 1871 when efforts to bring the congratulation back together were attempted. On April 12, 1877, the congregation received a deed for a parcel of land. They then erected a large wooden frame, one-roomed with a bell tower. The bell is still in use today behind the current church. The ringing of the bell was and still is used to call the locals to the services, weddings, and funeral services.

As with many of the establishments in the town of Hurricane, as it grew, so did the congregation. In 1900, the church staff began to contemplate building a new church, or at the least, an add on to the already existing church. These thoughts went on for about seven years, until the construction of Route 60 passing through Hurricane. At the time of the road being finished, the church did not face it. So the church body took that as their opportunity to remodeled and were able to build it facing the new road.

The nearby towns were centers of war production materials during World War I, which led many people to live in Hurricane. The church in turn gained the biggest increase of new members to the congregation to date. This led to the church leaders suggesting brand new building to hold the growing congregation. The construction began on May 1, 1924, and was completed on October 1, 1924. This new church building would become the foundation of the modern church, as every addition to the church were made from this particular building, such as the first addition being made in 1953 to build more classrooms. Today, the building is used for the church offices. The current sanctuary was built on July 2, 1967.