The Dickinson County Heritage Center preserves the social and cultural history of Abilene and the surrounding area. Located just east of the Eisenhower Presidential Library, the museum features exhibits on cattle drives, agricultural development, settlers, the early telephone industry, and carousel manufacturing. The last two topics are highlights of the museum. The telephone company, Sprint, can trace its origins here, and one of three intact C.W. Parker Carousels is located here. The carousel, which was built in 1901, holds the great distinction of being a National Historic Landmark. The museum also features old buildings, including a 1932 grocery store, that hav been moved here from around the county.

The carousel is housed in this specially-built building. 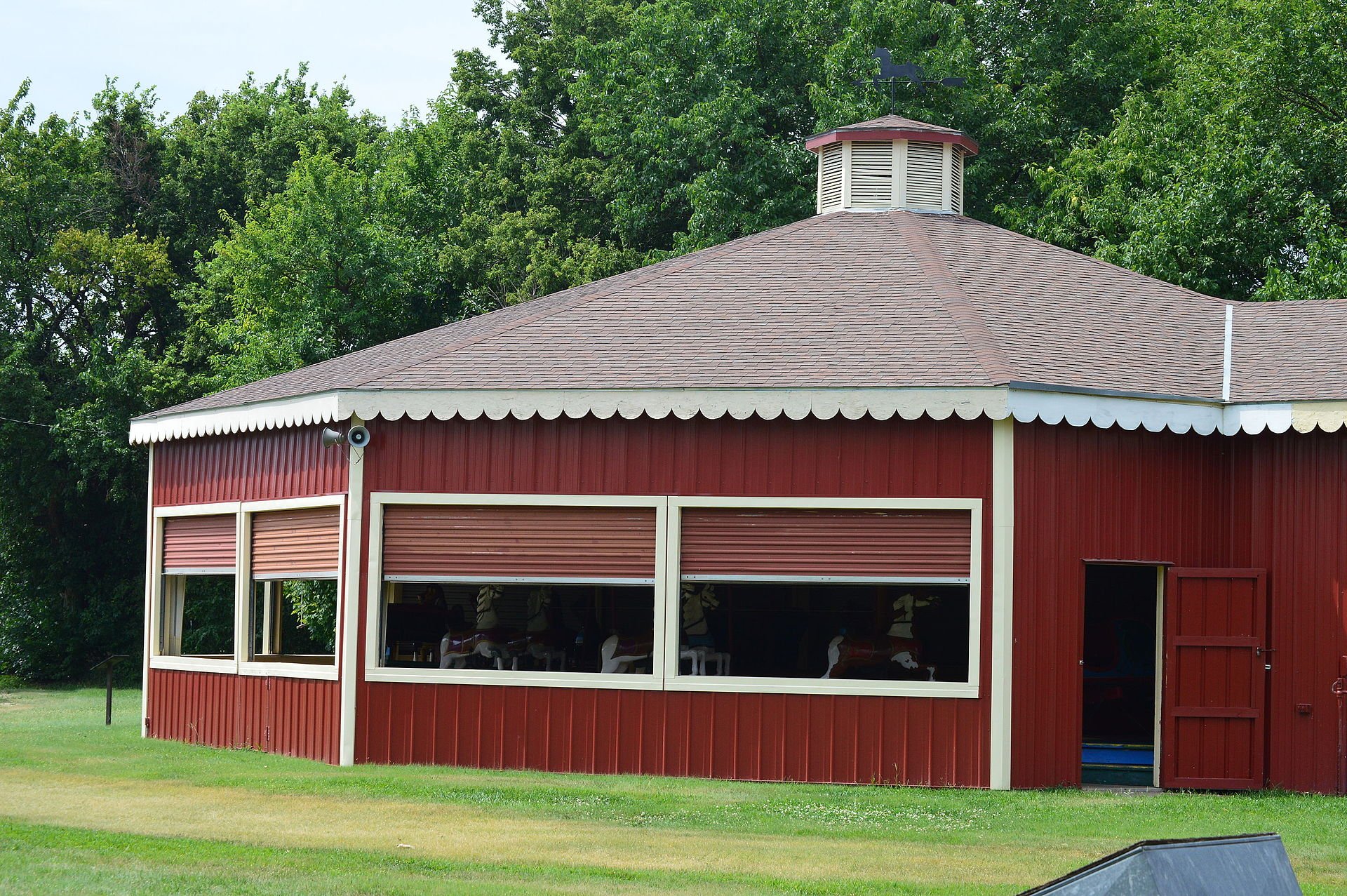 Sprint got its start in 1898 when a man named Cleyson Leroy Brown founded his first telephone exchange here in Abilene. Over time, this eventually grew and evolved into the big company it is today.

As one of the C.W. Parker Carousel Company's early works, the carousel truly a unique attraction. Parker bought his first carousel in 1892. When making repairs for this one and other ones he began to put his name on them. He opened up his own factory in a few years and started to build carousels that he operated in his own carnivals (he eventually would operate four) and sold to others. He hired skilled artisans to carve the horses and chariots and developed the mechanism that moved the horses in a more realistic rocking motion. The carousel was part of a traveling carnival and eventually was sold and returned to Abilene in 1976.