Inside View of the Presidential Museum and Leadership Library 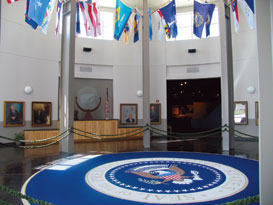 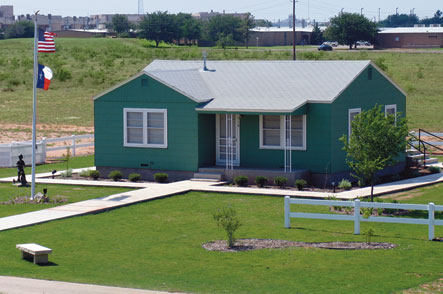 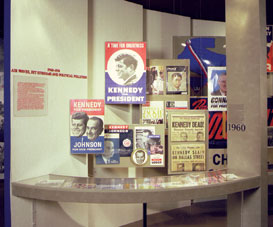 History of the Presidential Museum and Leadership Library

Shortly after the assassination of John F. Kennedy in 1963, a Presidential Room was conceived and placed in the Ector County Library in downtown Odessa.  After extensive curation and planning, the Presidential Museum was finally opened to the public in 1965. Within a 3,000-square-foot area in the Ector Library basement, the Presidential Room maintained a permanent collection of thousands of portraits, documents, campaign memorabilia, political cartoons, and even a collection of Dishong miniature dolls representing the various First Ladies who served in office.

With a goal to rekindle national spirit and educate western Texas citizens about the men and women who shaped (and continue to shape) the nation, the Presidential Museum and Leadership Library endured and continued building on its collection throughout the 1980s and ‘90s. During this time, the Library of the Presidents gathered and organized over 4,500 volumes, journals, newspapers, periodicals, and other historic materials related to the presidency.

Although the Presidential Museum and Leadership Library caters to a variety of traveling exhibits, lecture series, and much more, visitors from all over the country come to this museum and library to explore its profound and immersive permanent collections. Students at the University of Texas of the Permian Basin (among other universities in Texas) typically utilize the museum and library for research endeavors as well as finding primary and secondary sources on political, history, and social studies subjects.

One of the more popular exhibits at the museum that draws thousands of visitors every year is the “We Shall Overcome” exhibit, which illuminates the actions taken by President Kennedy and Lyndon B. Johnson during the Civil Rights movement of the 1960s. The “Presidential Hopefuls” exhibit educates visitors about the wide variety of politicians who ran for the presidency but ultimately failed. Visitors can also discover an accurate, scaled-down replica of the White House. The two Bush homes at the museum serve as educational resources as opposed to museum attractions, and they also showcase the relationship that the 41st and 43rd presidents had with the Midland and Odessa areas.1