Norway Historical Society was established in 1974 and operates a genealogical and local history library, meeting place, and museum at in this historic home. Known as the Mark P. Smith House, the home was built in the late 1820s and moved to its present location in the 1950s. The home was donated to the historical society through with the assistance of Norway Savings Bank. The museum includes a variety of exhibits related to the history of the community. It also includes artifacts dating back to the Revolutionary War, such as a cannonball that was fired during the Battle of Bunker Hill.

Norway Historical Society maintains a library and local history museum that is open by appointment in addition to regular hours. 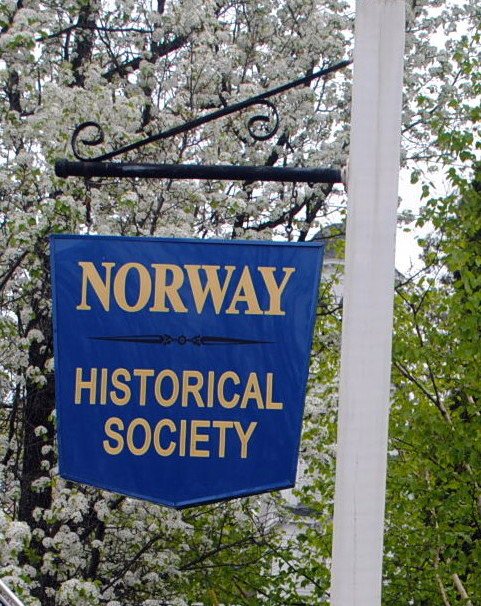 Norway was once known as the "Snowshoe Capital of the World," with a total of four snowshoe manufacturing facilities operating in the city simultaneously. The museum includes a special exhibit about this history, along with exhibits related to other industries. There are also exhibits related to the history of education, including photos and memories of one-room schoolhouses, as well as the development of more modern institutions of learning. Like most other local history museums, there are also multiple exhibits that preserve and share the history of the region during times of war. Although Norway was far from the battles of the Civil War, about one out of three male residents of the city served the Union. The history of these men, as well as those who maintained farms and businesses during the war, are on display at the museum.