The Carter Coal Company Store was built in Caretta, WV in 1912 just after the company was established. The originally T-Shaped building had a couple additions during its use as a company store and was considerably large for its time period. Despite the additions as time passed, the building still retains most of its original architectural features that were common for Carter Coal Company Stores and is a relic of days past where families were essentially forced to shop at Coal Company owned businesses. 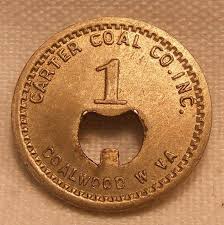 The store is located at the intersection of state route 16 and county route 12/8, right in the center of the small coal producing town of Caretta. The company traditionally placed stores such as these in places where they were easily accessible to the community. Along with the store, the company built a church and a school between most of the community and the mine. This ensured that the families who inhabited areas such as these would spend their generic, coal company money in the store and was a way for the company to have essentially control all of the commerce in the town.

Many men and women had no other choice but to shop at places such as these. Since many of them weren’t being paid in actual U.S. currency, they relied on the company stores to put food on their tables. This is why the saying “I owe my soul to the company store” was generated.

The original Carter Coal Company Store stood on an even T-planned stone foundation under a gabled roof. Wooden-frame shed wings, later added to the sides of the façade, made the building into an L shape. This brick building is an important landmark from a time when coal companies monopolized small towns all across the state of West Virginia.