Bannack, Montana was founded in 1862 and named after the local Bannock Indians. Also in 1862, it was the site of a major gold discovery and in 1864, briefly served as the capital of Montana Territory. Bannack continued as a mining town, though the population was dwindling. The last residents left in the 1970s. Bannack is now a ghost town in Beaverhead County, Montana. It is located on Grasshopper Creek, which is approximately 11 miles upstream from where Grasshopper Creek joins with the Beaverhead River south of Dillon.

The original Beaverhead County Courthouse and later the Hotel Meade 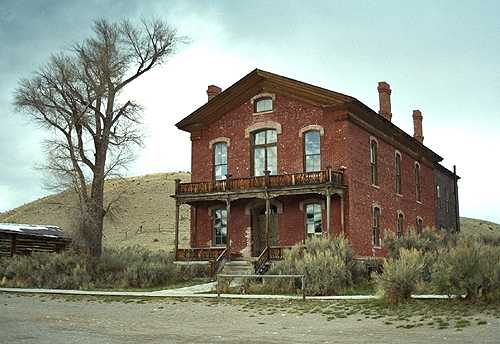 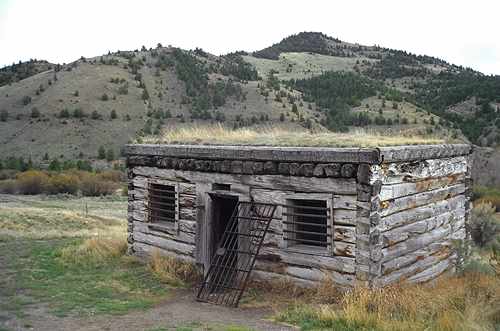 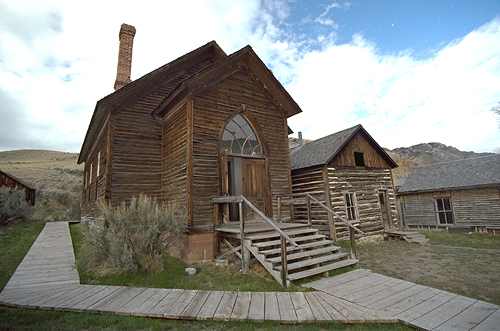 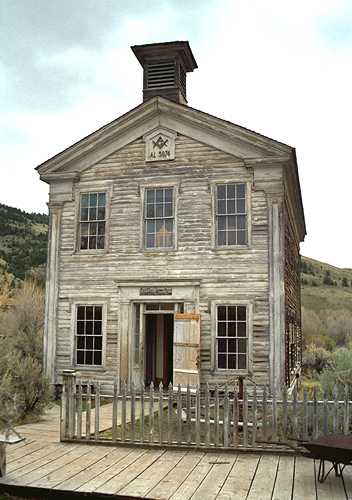 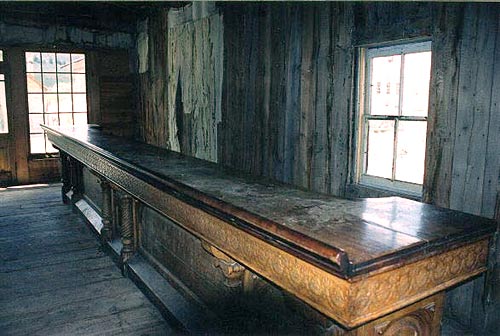 "At its peak, Bannack had a population of about ten thousand."  Extremely remote, it was connected to the rest of the world only by the Montana Trail.  One time in Bannack, there were three hotels, three bakeries, three blacksmith shops, and two stables.  There were also two meat markets, a grocery store, a restaurant, a brewery, a billiard hall, and four saloons.  All of the businesses were built of logs, but some of the buildings had decorative false fronts.1

Bannack's sheriff, Henry Plummer, was accused by some of secretly leading a ruthless band of road agents.  There were early accounts claiming that this gang was responsible for over a hundred murders in the Virginia City, Bannack gold fields, and trails to Salt Lake City. However, because only eight deaths were historically documented, some modern historians have called into question the exact nature of Plummer's gang.  Others deny the existence of the gang altogether.  In any case, Plummer and two others, both deputies, were hanged, without a trial.  This happened at Bannack on January 10, 1864.  A number of Plummer's associates were lynched.  Others were banished on pain of death, if they ever returned.  Twenty-two individuals were accused, somewhat tried, and hanged by the Vigilance Committee of Bannack and Virginia City.  "Nathaniel Pitt Langford, the first superintendent of Yellowstone National Park, was a member of that vigilance committee."1

Bannack Ghost Town has also been featured on the Travel Channel's Ghost Adventures.  The host and crew headed to the desolate former mining town of Bannack, MT because they were told that Bannack was infested with paranormal activity.  Before they started into the extensive lockdown, the men witnessed strange activity in broad daylight.

Sixty historic log and frame structures remain standing in Bannack.  Many are quite well preserved and most can be explored. The ghost town, now the Bannack Historic District, was declared a National Historic Landmark in 1961. The town is presently the site of Bannack State Park. Though not particularly popular among tourists, this site remains a favorite for natives and historians alike.1

Every year, during the third weekend of July, the ghost town has a historical reconstitution known as "Bannack Days".  For two days, Bannack State Park officials organize this event that relives the times when Bannack was a booming town.  There are re-enactments of the day by day of the miners who lived there during the gold rush.1