Madison Buffalo Jump State Park, located south of Three Forks, Montana and west of Bozeman, is the site where Native Americans stampeded buffalo herds over a high rock outcropping in order to use them for food, clothing, shelter and provisions. Skilled "runners" would train for speed and dress in buffalo or wolf skin to draw the herds towards the cliff. Bones still remain at the base of the cliff and archaeologists have found the remains of a large village. Native Americans used the cliff for 2,000 years until sometime after 1700 when Europeans introduced horses. The site has interpretive displays, trails, and a picnic area.

Interpretive displays at the park. The cliff is in the background. 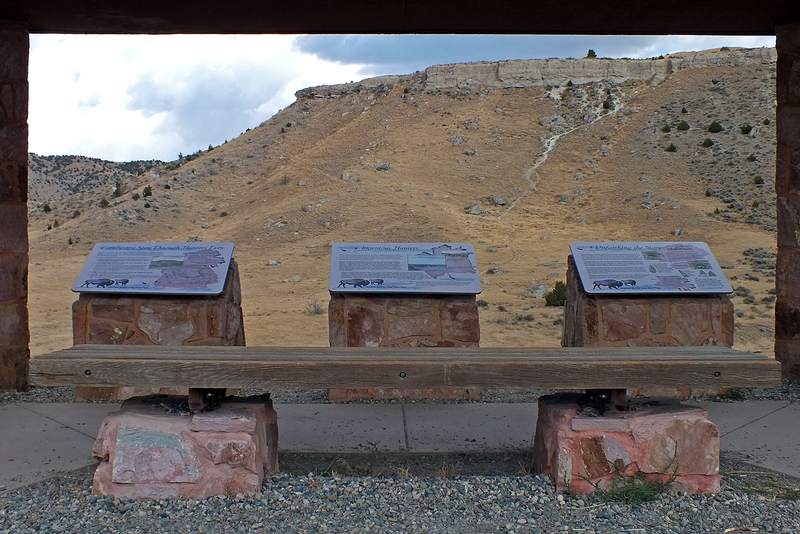 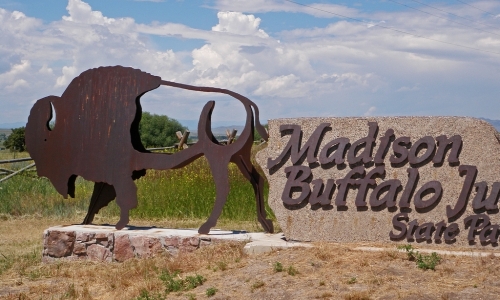 Open during daylight hours and accessible year round