Completed in 1870, Stone Library is a presidential library within the Adams National Historic Park serving as a memorial for former U.S. Presidents John Adams and John Quincy Adams. It houses personal papers from both presidents as well as over 14,000 books from other members of the legendary family. This museum also holds a replica of John Adam’s copy of George Washington’s Farewell Address during the second term of his presidency. In John Quincy Adam’s will before his death, he requested that the library be made out of stone so it would have little chance of burning to the ground.

Stone Library, constructed in 1870, serves as the memorial museum for the presidencies of John Adams and John Quincy Adams as well as many other Adams family’s writings. 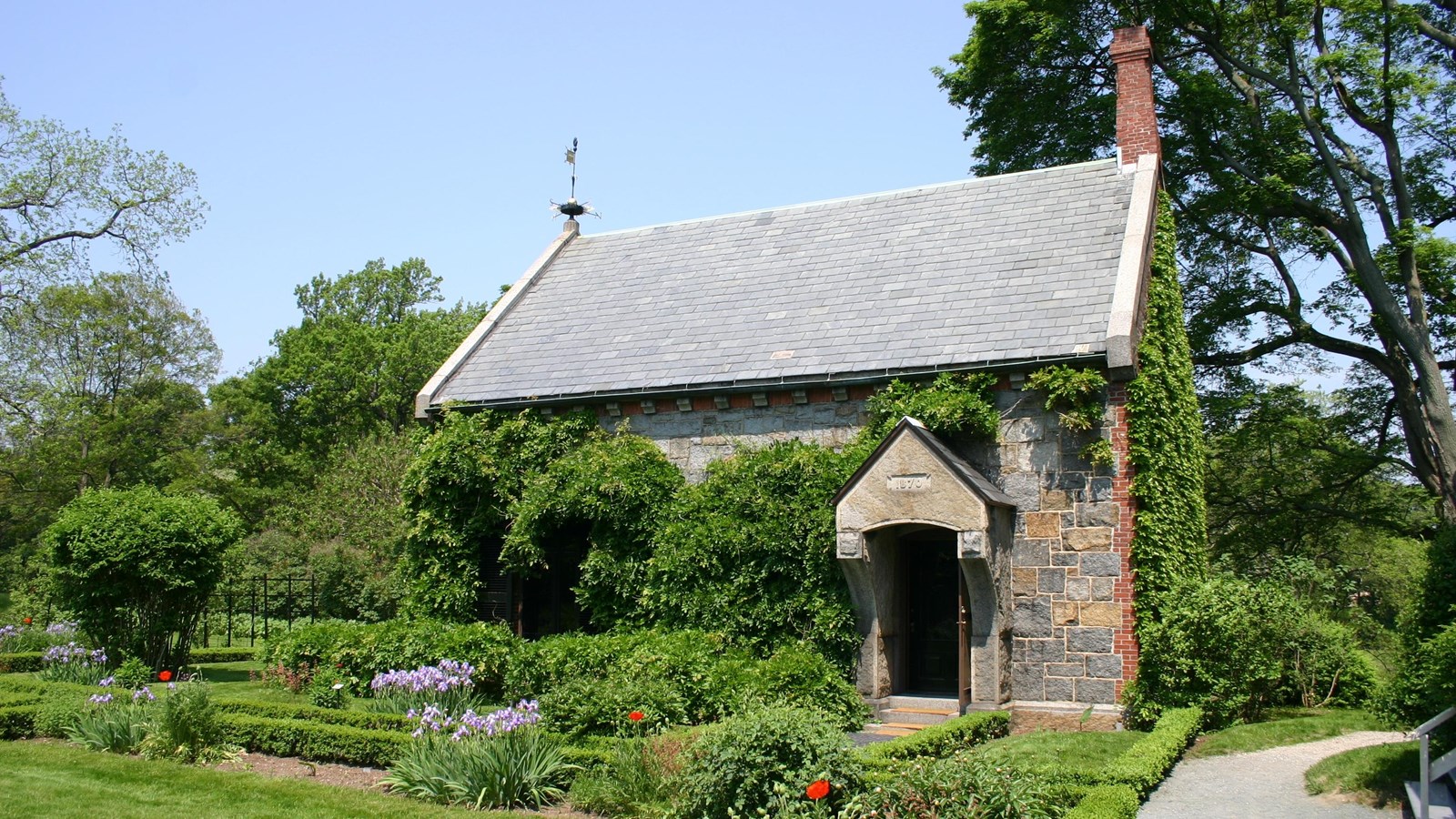 The Adams Family was the first true presidential family in U.S. politics with both John Adams and John Quincy Adams serving in the highest office. John Adams was born on October 30, 1735 and John Quincy Adams was born on July 11, 1767. Quincy Adam’s father, John, attended Harvard College and studied many ancient writings feeling pressured when the French-Indian War had started as he felt he had a responsibility to serve, but he didn’t enlist. John would instead go into practicing law and get married to Abagail Smith on October 25, 1764 having six children. During the events of the American Revolution, John Adams served within the Continental Congress and worked out foreign affairs with France and the Dutch Republic.

The first ever U.S. presidential election would be held where the first place winner would become the U.S. President and the runner up became Vice President. George Washington ultimately became the first President with John Adams coming in second to be his Vice President. Vice President Adams served as the first ever President of the U.S. Senate presiding over lengthy arguments over the titles for the president and executive officers for Washington’s cabinet. He would cast 29 tie-breaking votes during his time presiding over the Senate and largely agreed with Washington’s decisions. Soon, George Washington would retire after two terms in office and Adams won the next election becoming the second President of the United States.

President Adams uses his position to carry on Washington’s policies and promote republican values. He gave a speech to Congress in 1797 calling for more defense capabilities just in case war with France broke out. President Adams wanted to send a peace commission to France, but also ordered a military buildup to counter any threats sent back. However, an undeclared war named the Quasi-War would break out in the sea between the U.S. and France during Adams’s term as President. In the election of 1800, Adams would place third with Thomas Jefferson and Aaron Burr tying for first place effectively becoming the new President and Vice President respectively. Before leaving office, President Adams signed the Midnight Judges Act and made two appointments to the Supreme Court, but his Act was repealed by Congress in 1802.

His son, John Quincy Adams, would follow in the former president’s footsteps in politics and became a U.S. Senator from Massachusetts. Quincy Adams even became Secretary of State serving under President James Monroe. In the 1824 presidential election, it looked like Andrew Jackson and John Quincy Adams were the favorites to succeed James Monroe, but in the end, Quincy Adams won the election with Senator John C. Calhoun of South Carolina becoming the Vice President and Senator Henry Clay of Kentucky becoming his Secretary of State. During President Quincy Adam’s tenure, he wanted to create a national university, a naval academy, and a road from the capital to New Orleans and back. He also proposed the establishment of the Department of the Interior. During the 1826 elections, anti-Adams candidates started picking up seats in Congress and one even became the new House Speaker. President Quincy Adams signed the Tariff of 1828, which set high taxes on imported goods and raw materials, and committed himself to westward expansion of the nation. Quincy Adams ran for re-election in 1828, but was defeated by Andrew Jackson by a landslide vote. Later on, Quincy Adams became a congressman from Massachusetts for nine terms working inside Congress.

Quincy Adams settled into retirement afterwards and wrote out in his will the construction of Stone Library, but wanted it made out of stone specifically so it wouldn’t catch on fire. Construction on the library was completed in 1870 and it would stay in possession of the Adams Family until 1926 where it would be turned over to the National Park Service. It contains the personal papers of both John Adams and John Quincy Adams. Over 14,000 books belonging to the Adams Family can be found within these walls. It is located within the Adams National Historic Park.