The Lowell Milken Education Center works with schools around the world to teach respect and understanding among all people, by developing projects about unsung heroes whose actions promote these values, regardless of race religion and creed. These projects are in the form of performances, documentaries and exhibits, or other creative ideas. Various displays are on exhibit throughout the year.

The outside of the Center, that attracts educational programming and classes. 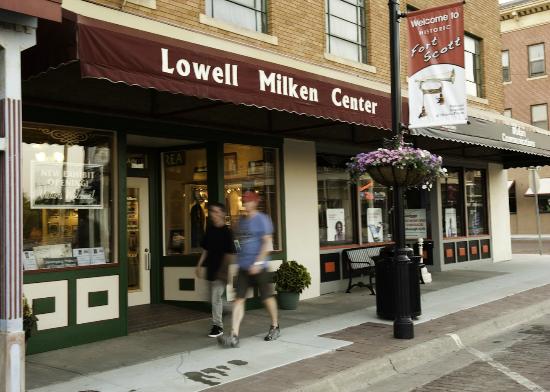 The Center often has meet and greets with some of the unsung heroes or their families. 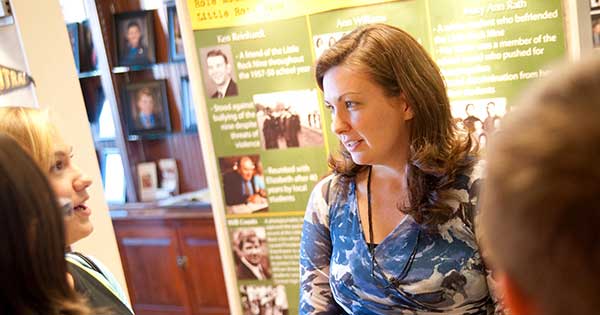 Lowell Milken is an international businessman and philanthropist who has been a pioneer in education reform. He established the center with Norm Conrad of Uniontown High School in Kansas (retired from the classroom in 2007) when presenting him with a $25,000 Milken Educator Award. Over the years, Norm has engaged thousands of students in outstanding history projects that incorporate performing arts, multimedia, and video production. Including a student named Megan Felt.

In 1999, Megan, who was a freshman in Norm’s history class, led her peers in the creation of a project that told the story of Irena Sendler, a Polish Catholic social worker who rescued 2,500 Jewish children from the Warsaw Ghetto during World War II. The class found out that the woman was still living, and reached out to talk to the woman who saved so many lives. It was from that lesson and discussion that the Lowell Milken Center for Unsung Heroes was formally established as an initiative of the Lowell Milken Family Foundation.

Today, the Center continues to stand as a testament to the power of young people and adults alike to create positive change by promoting respect and understanding.