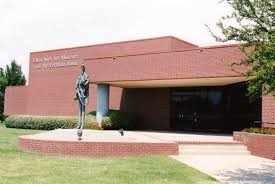 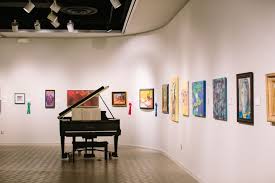 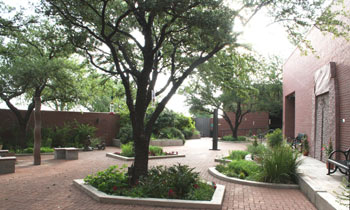 The Ellen Noel Art Museum first opened its doors 1985, and for the first 10 years of art curation and display, it was known simply as the Art Institute of the Permian Basin. The Museum changed its name in 1995 as a way to honor the extensive philanthropic work of the esteemed Odessa citizen, Mrs. Ellen W. Noel. As a strong supporter of art and other philanthropic endeavors, Ellen Noel contributed around $1 million to the University of Texas of the Permian Basin “Support for Excellence Fund” in 1993, and by 1995, the Museum officially changed its name to the Ellen Noel Art Museum.

By 1998, the museum then expanded its structure to accommodate 22,120 square feet of new galleries, office space, and the growing permanent collection. Because of continuous donations, grants, membership funds, and so forth, the museum is able to allow free admission year-round while acquiring diverse and intriguing exhibits within three impressive galleries.1

Permanent Collections at the Museum

Consisting of over 800 works of various media, such as paintings, sculptures, ceramics, glass, and photographs, the permanent collection at the museum stands out as one of the premier galleries for Southwest and American art from 1860s to the present. Additionally, the Ellen Noel Art Museum’s permanent collection focuses strongly on Texas and Southwest artists, which helps to showcase the unique artistic styles central to life and culture of the American Southwest. Some well-known artists featured at the museum include Peter Hurd, Peter Vogel, Thomas Hart Benton, and nearly 400 others.2

In the fall of 1998, the Ellen Noel Art Museum completed one of its most ambitious renovation and enlargements projects within the Sculpture and Sensory Garden. Although the garden presents a characteristic and peaceful beauty that exhibits its own charm, these renovations made the garden completely accessible to the visually and physically challenged, and it provides cultural enrichment and recreational activity for the area’s residents who need it most. 3

In addition to the garden, the Ellen Noel Art Museum also houses its own 3D Printing Studio (one of the first museums in the state to feature a 3D printer) as well as Arthaus, a popular space within the museum designed for hands-on learning.