Downtown Cincinnati is home America’s largest October festival called Oktoberfest Zinzinnati. It occurs every year in late September on east 5th Street in downtown and it takes up 6 blocks.

Birds eye view of the festival 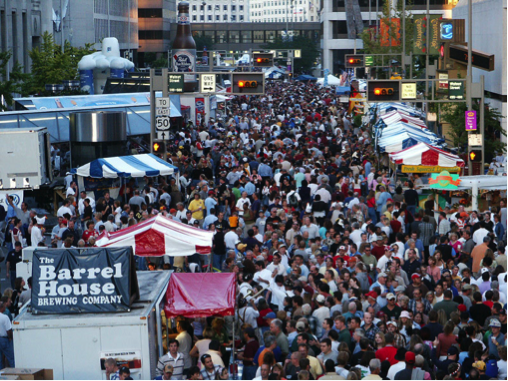 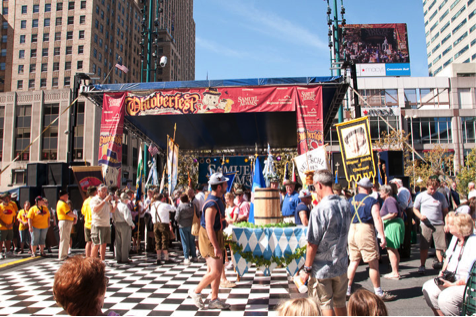 The festival originally started in 1976 as a way for people in the community to come together and celebrate the cities German heritage and attract visitors to the downtown area. It was modeled after the original Oktoberfest held in Munich, Germany in 1810. In Germany Oktoberfest was held in the third weekend in September to honor the marriage of Prince Ludwig I and Princess Therese von Sachsen-Hildburghausen. The event was so popular in Germany that they continued it every year to celebrate the harvest season and the start of autumn and it grew into a two-week event.

Oktoberfest Zinzinnati is the world’s second largest Oktoberfest outside of Munich, Germany. It boasts attracting over 500,000 people every year. It also has a traditional chicken dance that is claimed to be the largest and longest ever performed. The festival itself advertises traditional German food, spirits, and crafts. The festival attracts people from all over the world.