The Cache River, a muddy, vine-lined stream. It flows from southern Missouri through Arkansas before joining the White River and then finally the Mississippi River. The Cache River Bridge is a steel stringer bridge that is located over the Cache River and is the last of its kind in Arkansas. The bridge was replaced by a new bridge, but the main span is preserved in place. 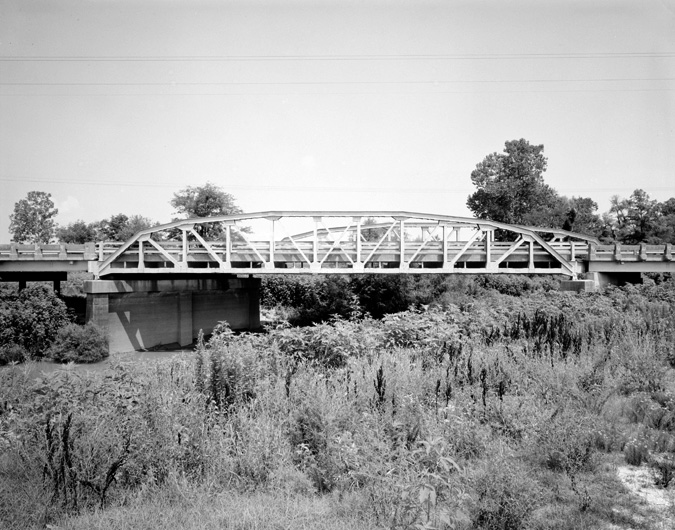 The Cache River Bridge after it was replaced and abandoned 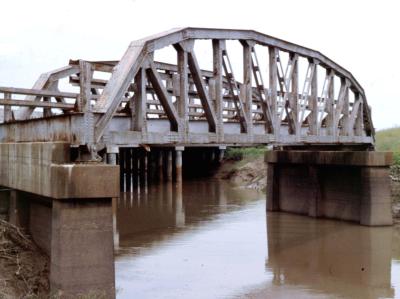 On May 28, 1862, there was an investigation under the command of Lieutenant Colonel Hiram F. Sickles of the Ninth Illinois Cavalry.  This prevented Captain Richard Hooker’s Confederates from completely destroying the Cache River Bridge.  The next morning, Lt. Col. Sickles’s platoon engaged Hooker’s Company at the Cache River Bridge.  Union reports simply described Hooker’s force as a “considerable” number.  Regardless of the number of Confederates, the 200-man Federal force struck the Confederates, who had been attempting to destroy the bridge.  When the Union platoon appeared, they chased the Confederates away.  Sickles took possession of the bridge, prepared for a counterattack, and immediately began inspecting the structure.  He found the Cache River Bridge to be seriously damaged.  It was questionable if the bridge could even be used at all.2

In a letter on May 9, 1934, N. B. Garver, a bridge engineer to the State Highway Department, listed six bridges as part of a proposed development project between Walnut Ridge and Paragould.  "This list consisted of four untitled bridges, a bridge over Eight Mile Creek, near Paragould, and the Cache River bridge."  Swain considered that, since there were poor conditions of the old Cache River Bridge, its replacement was a necessary priority.  The bridge lay midway between Paragould and Walnut Ridge, but the planned process of construction was to commence at both towns simultaneously.  This would have the roads developing towards each other.  The process was to go from Walnut Ridge east towards the Cache River and from Paragould west in sections.  With this process of construction, the Cache River bridge would, logically, be the bridge that would be constructed last, but Swain felt its reconstruction should be started at the earliest possible time.  Swain stated in his letter, “The point we are trying to make is that the existing Cache River bridge is the weak link in this highway between Walnut Ridge and Paragould, and the reconstruction of it should not be deferred as one of the last phases of the construction of this highway.”3

The bridge is an excellent example of the Vincennes Bridge Company's later work.  The Cache River Bridge was in contrast to the War Eagle Bridge in Northwest Arkansas, which is a one lane steel bridge that was built in 1907.  The bridge was added to the National Register of Historic Places on April 9,1990 and was bypassed by a new bridge in 1995.  The Cache River Bridge was replaced with a new four-lane bridge that was built adjacent to the north.1