The Cathedral of Saint Helena is perhaps the city's most famous landmark and is popular among tourists. It was constructed between 1908-1924 and designed by A.O, Von Herbulls in the Gothic style. Herbulls was chosen because he studied architecture in Europe. The church contains high quality stained glass windows, 46 of the 50 were made by the Munich firm F.X. Zettler. The cathedral was placed on the National Register of Historic Places in 1980.

The Cathedral of Saint Helena, with the Helena Valley in the background. 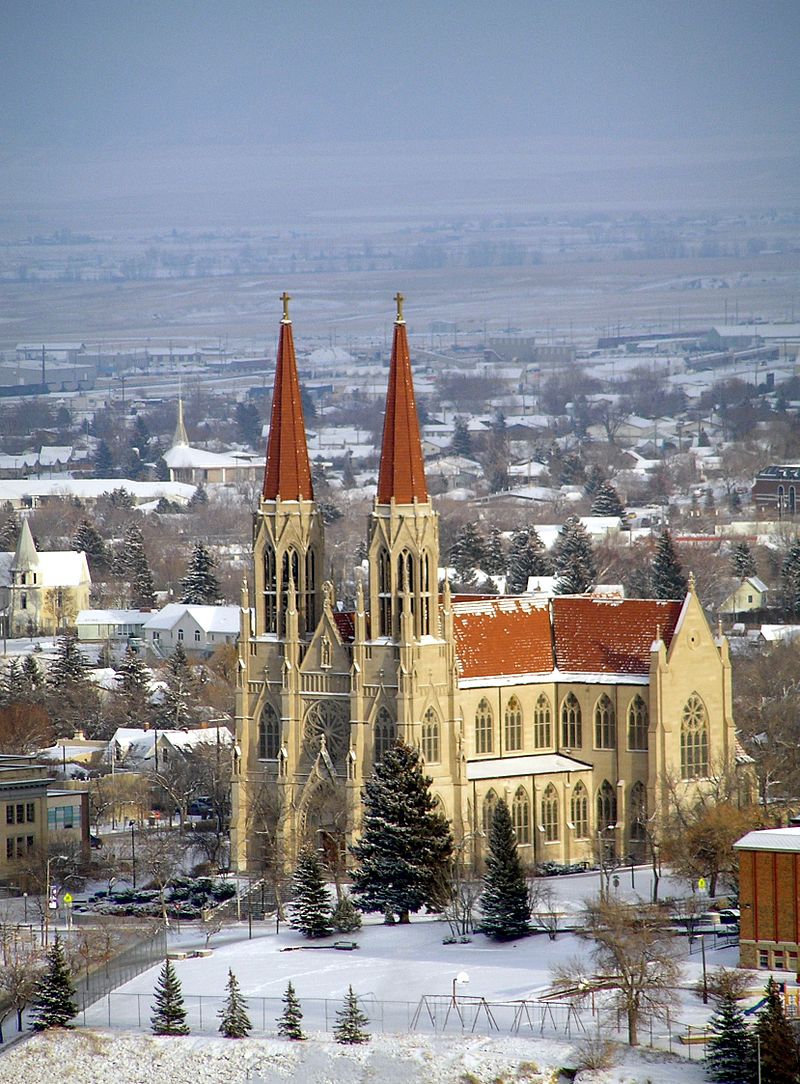 Bishop John Carroll chose the site of the cathedral in 1905, thanks to a generous donation by benefactor Thomas Cruse, the property was purchased. The first mass was celebrated in 1914 and the church was completed ten years later. The stained glass windows from F.X. Zettler were installed by the time the church was completed; the rest, made by a different company, were installed in 1926. The earthquake in 1935 almost destroyed the south tower and it was rebuilt and reinforced in 1938. The interior underwent renovation beginning in the 1950s and finished in 1959. The interior was renovated once again in the early 1980s to make the changes called on by the Second Vatican Council. Other renovations and repairs have taken place in the following decades.