The First National Bank is a historic building in St. Cloud, Minnesota. It was built in 1889 in the Romanesque Revival style with a red-brick facade. It is the best preserved commercial building in the city. Offices and a bar are now housed in the building. It was placed on the National Register of Historic Places in 1982. 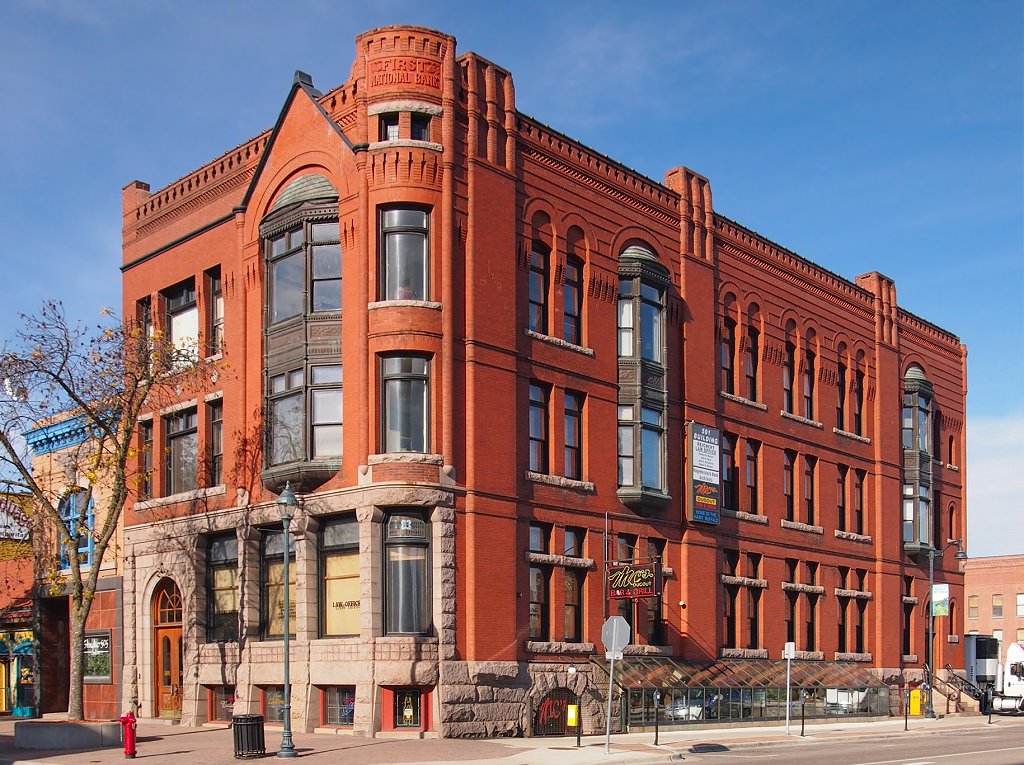 The bank was constructed in two phases. The eastern half was built in 1889 and the other in 1918; the entrance was also moved to the addition. The bank was quite important at the time; many prominent businessman used it. For a long time the building housed the Stearn County Historical Society (it moved to a new building in 1982). It has since been renovated to accommodate offices and MC's Dugout Bar and Grill is located in the lower level of the building.