The Carter Block building is a historic structure located in downtown St. Cloud, Minnesota. Built in 1902 by businessman Wesley Carter, it is not significant for its architecture. Rather, its importance lies in its function as a commercial building and lively social gathering place. It also serves as a testament to Carter's social impact on St. Cloud. The building was placed on the National Register of Historic Places in 1986. It appears that businesses still occupy the property.

The Carter Block building was built in 1902 and became an important economic and social center for St. Cloud. 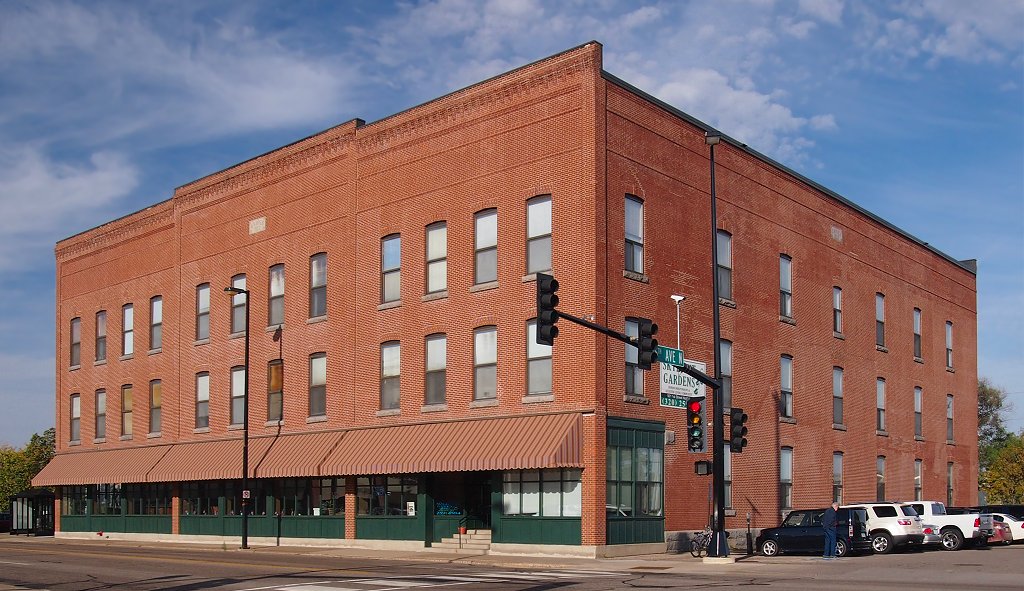 Carter moved to Minnesota in 1850 and then to St. Cloud in 1860 and worked as a wagon maker. He eventually built his own wagon factory in 1864. By the turn of the century, he was in the milling business. He anticipated the increased demand for warehousing that would come to St. Cloud and decided to build a large warehouse that was essentially divided into three separate spaces connected by fire doors.

The building became a center for grocery store trade for the next 35 years but other businesses, activities, and functions took place there as well (there is an auditorium on the third floor), such as a granite company, a beer company, an Elks lodge, cafe, banquet hall, conventions, and a candy factory. In addition to his business enterprises, Carter also served as a County Alderman and City Clerk.