Garden of the Gods

Garden of the Gods is a red rock formation. It was created during a geological upheaval along a natural fault line millions of years ago. Archaeological evidence shows that prehistoric people visited Garden of the Gods about 1330 BC.

A picture of Garden of the Gods 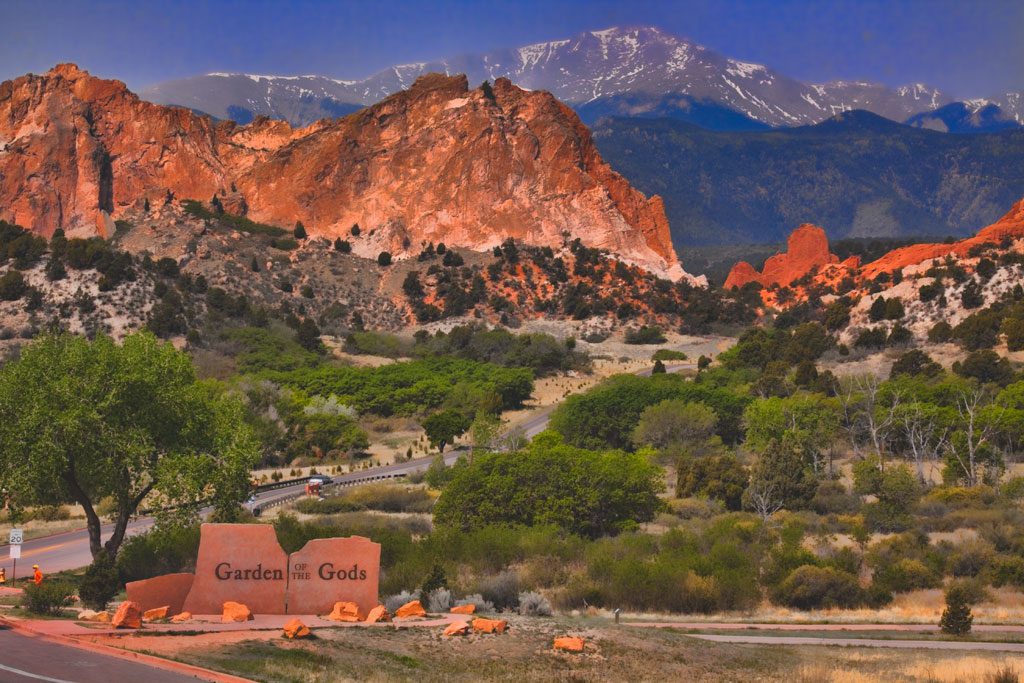 This is a photo of the formation named "balanced rock" 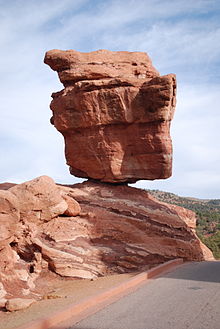 The Garden of the Gods Visitor & Nature Center is located in Colorado Springs, Colorado.

Every year thousands of tourists visit this unusual and strange, scenic garden.  Covering over 700 acres at the Eastern Rocky Mountain base, many huge, strange shaped rocks and formations consisting of red and white sandstone rise up in splendor.  The formations, a result of an upheaval in rock strata and thousands of years of erosion by weather, cause the rocks to stand almost vertical.

Archaeological evidence shows that prehistoric people visited Garden of the Gods close to 1330 BC. Near 250 BC Native American people camped in the park, they are believed to have been attracted to wildlife and plant life in the area and used overhangs created by the rocks for shelter. There are many native peoples who have reported a connection to Garden of the Gods.

The Charles W. Perkins heirs of Burlington, Iowa gave the Eastern half of the park to Colorado Springs.  In 1932 Colorado Springs purchased the Western half.  It was designated a National Landmark in 1971. The names of the most photographed formations are Balanced Rock, Indian Head and Cathedral Spires.  Special sunrise church services on Easter Sunday and other events throughout the year are famous.